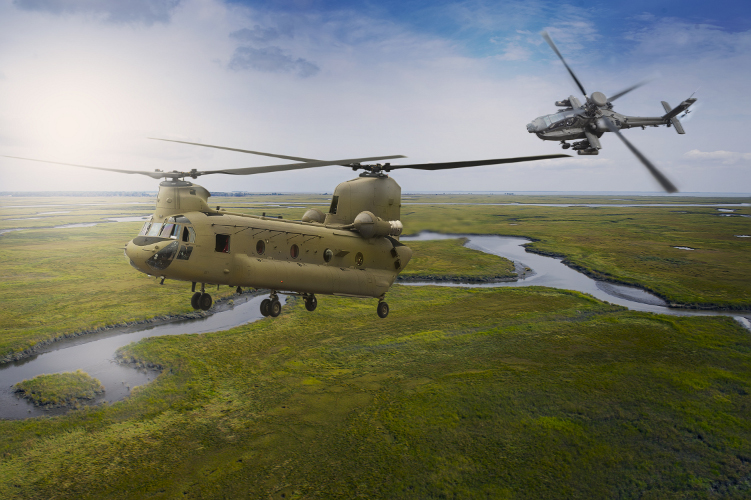 The Strategic Partnership model was to be a part and parcel of DPP-2016 when it was released at DefExpo earlier this year in Goa. However, even after entrusting it to a task force, the contours of the model remain contentious enough to disallow the MoD from finally issuing it. Mr Cowsish analyses certain aspects of the debate as it surely goes on within the confines of the MoD. The issue definitely has wide ramifications for the Indian Defence Industry and the policy, when released, will surely be greeted by an acrimonious debate. Under the circumstances, the author suggests a methodology that obviates the necessity of such a policy, while achieving most of the objectives, under the existing provisions of DPP-2016.

The Committee of Experts (CoE) set up by the Ministry of Defence (MoD) had made several academically stimulating recommendations regarding ‘Make in India’ in defence in its report submitted a year back. Since then, a great amount of expectation has been invested by the industry in the future of defence industrial base in the country.

One of the committee’s recommendations concerning ‘Strategic Partnership’ model has generated a lot of interest. It has already led to setting up of a Task Force headed by a former Scientific Advisor to the Defence Minister and five sub-groups under defence industry honchos in the last one year. But MoD is not yet ready with the scheme.

One is not privy to what is holding up implementation of the recommendations and what is happening within the confines of South Block, but going by what is being reported in the media, the entire focus seems to be on firming up the criteria for selection of the Strategic Partners, almost to the exclusion of several other important issues that must be resolved before adopting the model. These issues merit some reflection.

To begin with, the idea of Strategic Partners is uncomfortably similar to the concept of (RURs) recommended by another committee set up more than a decade back. The announcement of the list of RURs was called off by MoD at the last moment, some say because of the concerns expressed by the employees of the Defence Public Sector Undertakings.

Since the Strategic Partnership model aims at creating additional capacities in the private sector over and above the capacity in the public sector, the fear of being crowded out by the former may again come in the way. This may sound far-fetched but it will do no harm to give due thought to how this issue will be handled if it comes up. 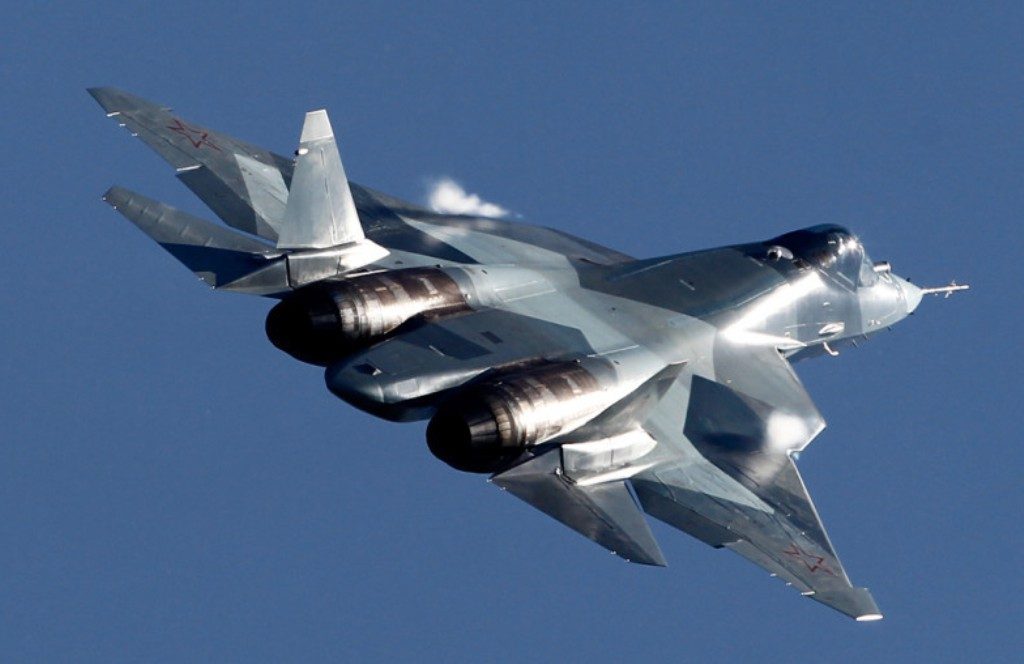 Conceptually, there is considerable uncertainty about where does the Strategic Partnership model fit into the existing architecture of defence procurement. The CoE had clearly made this recommendation in the context of ‘Buy and Make’ projects in which outright purchase of a certain quantity of equipment from a foreign vendor is followed by licensed production of the remaining quantity by an MoD-nominated Production Agency (PA) in India under the same contract.

The emerging narrative about the Strategic Partnership model does not confine the role of Strategic Partners only to ‘Buy and Make’ cases. It seems the view that is emerging is that they will play a role in procurements to be made under all other categories prescribed in DPP 2016, without there being much clarity on how that will play it out. 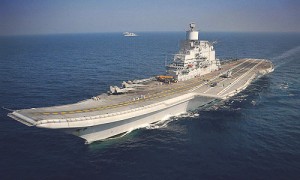 If the Strategic Partners have to play a role in, say, procurements under ‘Buy and Make (Indian)’, or even ‘Make’, categories, the model will have to be suitably customised as the manner in which procurement is carried out under each of these categories differs to some extent from one another.

There is also an issue about the wherewithal required to manage Strategic Partnerships. Sticking for the present to the recommendations of the CoE, Strategic Partners are expected to play a role in ‘Buy and Make’ cases. The committee had contemplated creation of a panel of Strategic Partners, selected from among the Indian companies, on the basis of a well defined set of criteria, for the six strategic segments identified by it, ranging from armoured vehicles to critical material.

It sounds very reasonable but implementing such a scheme presupposes existence of certain competencies and mechanisms within MoD which it presently does not have. To be able to understand what kind of wherewithal is required, it is necessary to briefly look at the nature of association of Strategic Partners with the projects assigned to them.

Considering that CoE had recommended that once a programme is assigned to a ‘strategic partner’, that partner should not be eligible for any other programme under the same segment, the scheme is fraught with the risk of leading to creation of monopolies in the private sector. Mechanisms will need to be created to prevent that from happening.

Even if one dismisses this apprehension as a figment of imagination, the fact remains that once the panel of Strategic Partners is formed, those who are left out, or those who want to enter the fray subsequently, will find it difficult to get into the panel. A permanent quasi-judicial mechanism will need to be created to handle such issues.

It is envisaged that the Strategic Partners will survive the initial ‘buy and make’ phase and continue to provide services for maintaining the equipment and its upgrade. Therefore, some of the subsequent contracts, especially for upgrades, or life-extension, will have to be on cost plus basis.

The CoE recognised this and accordingly recommended that MoD will require elaborate databases and a strong mechanism that could take care of costing and audit. In fact, the requirement would extend to legal, commercial and financial competence on the part of procurement executives.

It will need to be ensured that the databases required for making the proposed system work exist, or are created if they do not already exist. Costing is presently one of the weakest links in financial management in defence. There is hardly any specialisation in audit of contracts.

Drafting and managing legal long-term covenants itself is a task that MoD officials are presently not very familiar with. It would be a folly to adopt the model without first building this capacity in the ministry. Obviously, this cannot be done overnight.

One of the most difficult calls will be on the criteria for selection of the Strategic Partners and their being permitted to participate in more than one acquisition programme. The criterion being talked about consists of financial and technical evaluation sub-criteria, further broken down into several parameters, such as credit rating of the entity and its R&D base. The selection will be based on the total points scored based on pre-defined weightages.

Defining each of these parameters and the decision regarding the weightage to be assigned to each one them is going to be contentious. For example, while considering the turnover of an entity, will the consolidated financials of the entire group of companies be taken into account or will the evaluation be based on stand-alone financials of the entity?

All these issues are secondary to a basic issue being raised by a section of the industry. Going by what is in the public domain, the Indian industry is not comfortable with the idea of being restricted to one programme as that will virtually bind a ‘strategic partner’ to an arrangement lasting the entire life of the equipment, including the life of its upgraded version. This could typically extend to several decades. A solution will have to be found to this imbroglio.

It is difficult to understand why MoD wants to venture into an area in which it presently has little expertise and will take a long time if it were to develop such competence. In any case, it will forever face the prospect of the getting embroiled in internecine conflicts among the entities that get empanelled and those who do not, especially the latter.

There is a need to consider alternatives, especially if the Strategic Partnership model is to be confined to ‘Buy and Make’ cases. In the Avro-replacement programme of the Indian Air Force in the ‘Buy and Make’ category, it was left to the foreign original equipment manufacturer to select an Indian partner for indigenous production of 40 aircraft, following off-the-shelf procurement of 16. The fact that a contract has not yet been signed is an indicator of the pitfalls along such routes.

This provision has now been built into DPP 2016. With some suitable modifications, this model can be adopted for all ‘Buy and Make’ programmes, not just to handle licensed manufacturing of the equipment but also for its lifetime sustenance and subsequent upgradation. This will save MoD the trouble of having to select Strategic Partners and micro-manage long-term covenants.