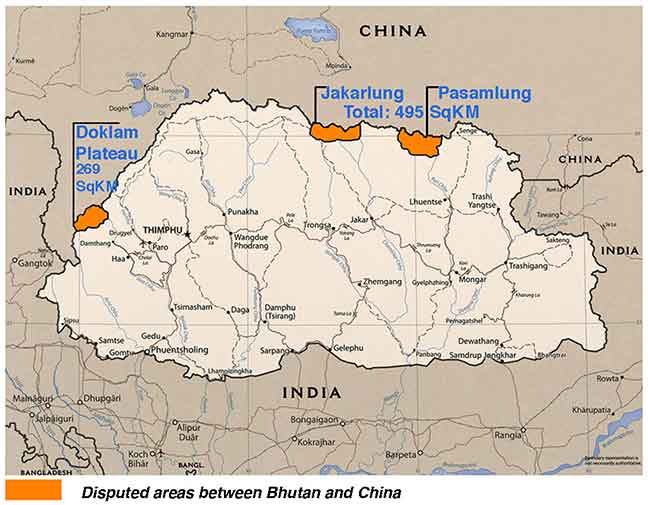 The eyeball-to-eyeball game continues at the tri-junction with no solution in sight. The Chinese seem to be having problems with every other country with which it shares its land or maritime borders. In each of these cases it tends to behave like a bully. If such an approach be the method that the Chinese adopt, the author expresses his skepticism of the Chinese ever rising to the heights to be a superpower. The trust deficit between China and other nations can only increase if China considers hard power as a potent weapon in climbing the steps to becoming a superpower.

The current standoff in Bhutan has brought multiple issues to the fore. Principally, it has highlighted Chinese unilateralism and aggressiveness in asserting its right (as perceived and justified by it) with might. On the other hand, it has highlighted India’s resolve to protect its interests. Long after the dust settles down, this incident will be analysed and history will show that China miscalculated. The tone and tenor of the Chinese side has been threatening, shrill and hawkish to say the least. China has got used to getting its way through in the recent past with its other neighbors, and perhaps it felt that the same formula will work with India which it looks upon as a soft state. It is in this connection that a mirror needs to be shown to China as to what it said and postured and what responses it could elicit. Chinese checkers is a game two can play, but is it worth it? 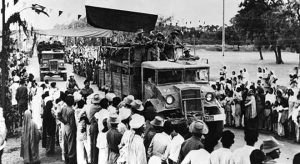 China has made shrill statements that it will teach Indian Army a lesson and eject/ kick it out of its territory if it does not withdraw its troops. Pretty strong words coming from one nuclear power to the other! Before it tries that it should learn some lessons from its own history. Other than 1962, its history in battle has been poor. Add to this, the operational experience of its army is very minimal, especially in mountains. Other than 1962, India’s battle history has been impressive in all facets of warfare. I think Chinese would do well to consult Pakistanis on their experience of fighting with the Indian Army. Notwithstanding the force differential, modernization et al, the Chinese will be in for a rude shock if they attempt force. Two responsible powers, fully nuclearised, should not talk force on force. That too when one of them aspires to be a superpower! They need to talk peace, cooperation and mutually acceptable positions. By the end of this episode it will be clear as to who has learnt a lesson.

There have been very loose statements from the Chinese that they will have to relook at Sikkim, possibly even support its independence. They are also questioning Indo-Bhutanese bilateral agreements. If China thinks it can stoke fires in Sikkim, it should hastily recalculate and look inwards. If independence of Taiwan, East Turkestan and Tibet are spoken of from India, the China we know of today might not be so tomorrow. All their mega plans of CPEC, OBOR and so on will be in trouble. Also, once their focus shifts westwards to secure their outlying areas, there will be trouble eastwards in their mainland. They have their hands full in the South China Sea as it is. If they think they can handle everything – well and good!

They might be advised to look at their economy and see if it permits them to undertake military campaigns and grow simultaneously. Talk of independence of Sikkim, even as rhetoric has implications. They need to be reminded that it was Deng who had opined that war avoidance is a keystone to becoming a superpower.

Portrayal as the Wronged Party

The Chinese have been portraying themselves as the wronged/ victimised party in this incident. They have been crying hoarse that they are correct by quoting selectively documents from ancient history which are convenient for them. True to form and practice, they refuse to acknowledge or heed to any other argument and documents besides theirs. Statements like the Indian side has violated UN Principles and international norms and laws are laughable when seen in the context of utter disrespect shown to international law in the South China Sea Dispute, where they did not even bother about the verdict of the International Court of Justice.

So much for respect for international norms that are being invoked! As much as they expect Indians to listen and abide by their story, they need to do so about the Indian story. If not, there can be no agreement, or a middle ground. The Chinese version cannot be the only version and China cannot assume the role of the international policeman when it’s a party to the dispute

China has issued travel advisories to its people. Such advisories will only serve to harm Chinese interests with the balance of trade in their favor. China needs Indian markets more than the other way around. Other countries are also watching this episode. There will be an adverse effect on trade with others also if escalatory / inflammatory remarks are persisted with. The only problem is Chinese goods tend to be cheap, though unreliable. Also, India does not need Chinese investment and patronage like Pakistan does. In any case, it’s time we started giving a cold shoulder to Chinese attempts to enter Indian markets. We can do without them. It could set off a domino effect.

The Chinese have blocked the Mansarovar pilgrimage through Nathu La as the first step in the escalation ladder of this incident. We can pay them back in the same coin by not letting Chinese getting anywhere close to Gaya/ Nalanda where a lot of Chinese Buddhists come for pilgrimage. There are many Chinese who practice Buddhism and for all of them the birth place of the Buddha is sacred. The birth place of Buddha happens to be in India and not in China! As much as some Indians must go to Mansarovar, some Chinese Buddhists have to come to Gaya! They should not forget that.

Overall the statements and actions by Chinese have been provocative and bordering on clear threats. Their entire attitude and approach does not appear to be putting them anywhere near being an emerging superpower. In fact, it reminds one of a street bully. The need of the hour is to dispense with hot headed statements and getting down to settling the issue through discussion and diplomacy so that there is a road ahead with mutual respect and gain. Superpowers need a dash of soft power. An approach based on only hard power has limitations. Nations which desire to lead globally have to ensure that other countries and their citizens trust them. When a nation generates trust deficit among people at large, it creates hurdles for itself. China has a long march ahead before it is accepted by people, globally.