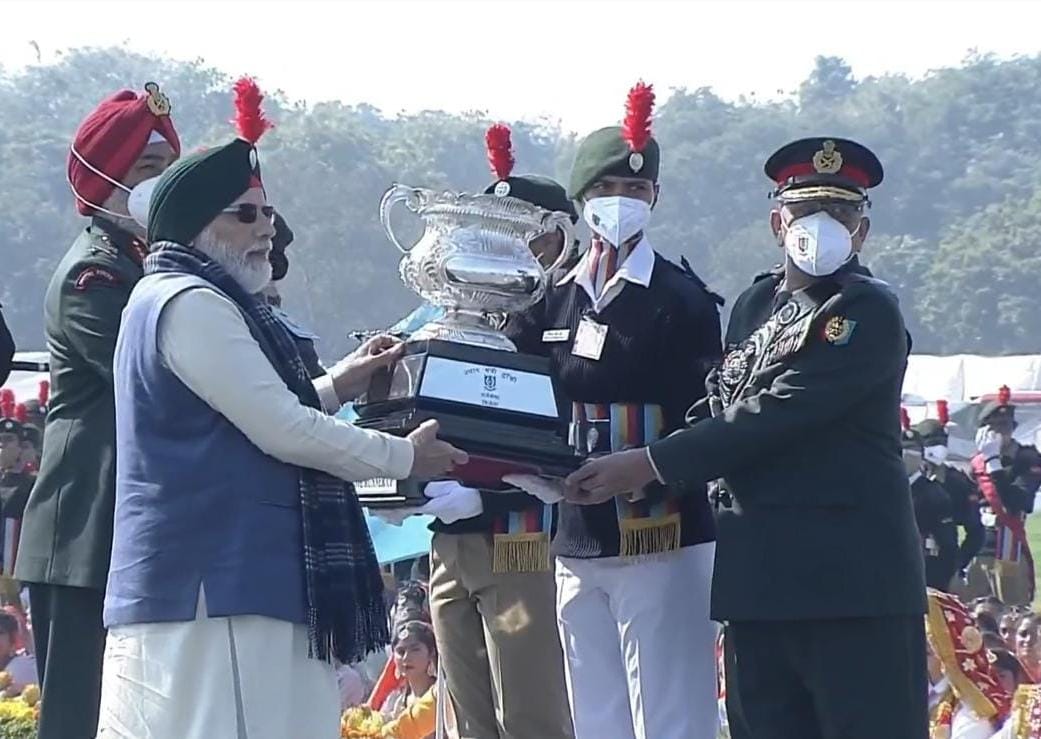 Addressing the gathering, the Prime Minister noted a different level of enthusiasm in the celebrations as the country is marking the Azadi ka Amrit Mahotsav. The Prime Minister remembered with pride his NCC connection and credited his training as an NCC cadet for giving him the strength to carry out his responsibilities towards the nation.

The Prime Minister paid tributes to Lala Lajpat Rai and Field Marshal Cariappa for their contribution in nation building. Both the brave sons of India have their jayanti today.

The Prime Minister talked about the steps being taken to strengthen the NCC in the country in a period when the country is moving forward with new resolutions. For this, a high-level review committee has been set up in the country. In the last two years, 1 lakh new cadets have been created in the border areas of the country, he said.

The Prime Minister elaborated on the steps being taken to open the doors of the defence establishments for girls and women. He noted the presence of the large number of the girl cadets and termed it to be a symbol of changing attitude of the nation. “Country needs your contribution and there are ample opportunities for that”, he told the girl cadets. He said now the daughters of the country are taking admission in Sainik Schools and women are getting major responsibilities in the army. The daughters of the country are flying fighter planes in the Air Force. “In such a situation, it should be our endeavour that more and more daughters should be included in NCC”, he added.

Noting the young profile of the cadets, who are mostly born in this century, the Prime Minister underlined their role in taking the country towards 2047. “Your efforts and resolve and the fulfillment of those resolutions will be the achievement and success of India”, he said. The Prime Minister said no power of the world can stop the country whose youth starts moving ahead with the thinking of nation first. India’s success in the playfield and the startup ecosphere exemplify this very clearly, the Prime Minister said. In the Amrit Kaal i.e. from today to the next 25 years, the Prime Minister urged the cadets to combine their aspirations and actions with the development and expectations of the country. The Prime Minister also underlined the major role that today’s youngsters can play in the ‘vocal for local’ campaign. “If today’s youth resolves to use only those goods that have been created with the labour and sweat of an Indian, India’s destiny can be transformed”, he emphasized.

The Prime Minister remarked that today on the one hand there are good possibilities related to digital technology and information, on the other hand, there are dangers of misinformation. He stressed that it is also necessary that the common man of our country should not fall prey to any rumour. He proposed that NCC cadets run an awareness campaign for this.

The Prime Minister stressed that drugs should not reach the school/college where there is NCC or NSS. He advised the cadets to be free from drugs themselves and at the same time keep their campus free from drugs. Help the friends who are not in NCC-NSS to give up this bad habit too, he stressed.

The Prime Minister asked the cadets to get associated with Self4Society portal which is working to give new energy to collective efforts of the country. More than 7 thousand organizations and 2.25 lakh people are associated with the portal.