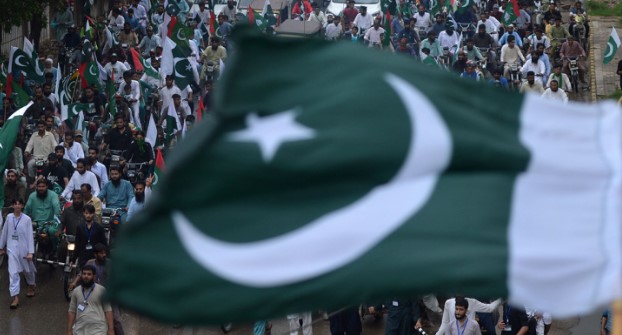 With an economy in a tail-spin and a worsening internal security situation, Pakistan is faced with severe challenges that, if not addressed with objectivity and prudence, could easily lead to its ultimately being a failed state. The author illustrates the mosaic of challenges that Pakistan faces to conclude that there is the likelihood of its leadership scaling down the nation’s strategic goals, especially concerning India and Afghanistan and focusing on its economy, as apparent in its National Security Policy published last year.

Though geopolitically isolated, Pakistan’s belief in its geo-strategic eminence has not diminished. The absurdity of an internationally exposed terror hub blaming neighbours for terrorism is a reality in Pakistan. Despite repeatedly vanquished in wars with India, Pakistan still covets Kashmir through military might. Dependence on aid and grants from the Muslim world has not prevented Pakistan from aspiring for its leadership. Abandoning its Indian heritage, Pakistan continues to search for an “identity‟ in Arabia and central Asia. Pashtun and Baloch insurgencies have not altered Pakistan’s Punjab-centric policies. A failing economy has not deterred increased expenditure on the military. Pakistan has persevered on the path of self-destruction for a long time without change!

Pakistan grew on misplaced beliefs and unrealistic ideas. The flawed two-nation theory contributed little to nation-building except for acrimony and make-belief. State sponsorship of terror is now systemic to Pakistan’s polity and is rooted in its grand design to wrest Kashmir and control Afghanistan. Religion-based national identity, divergent from the natural Baloch, Pashtun and Sindhi identities, has precipitated political discord and insurgencies. Present-day Pakistan is plagued with acute economic and financial instability with high levels of public despondency. Greater awareness of the non-attainability of Kashmir and Afghanistan objectives has turned the focus of jihadi violence inwards. In his article in Dawn on 22 June 2022, Ashraf Jehangir Qazi, the former Pakistani ambassador to US, India and China, wrote, “Pakistan is not a failing state. Tragically, it is a failed state.” The Pakistani state is sick but refuses to concede its sickness.

Regardless of the internal security problems and the security issues debilitating its western region, Pakistan has persisted with politico-military transgressions into Jammu and Kashmir. However, the futility of cross-border terror is now dawning on Pakistan. Post abrogation of Articles 370 and 35A of the Constitution, there is a growing realisation that the proxy war and terror format of pursuing Kashmir policy has failed. The trends of terror incidents in J&K are declining rapidly. However, the ingrained anti-India sentiments run deep, and Pakistan’s polity may not be strong enough to moderate its Kashmir policy. Accordingly, Pakistan will likely continue with the futile and self-defeating proxy war for some time, albeit in a diluted and more covert format. While Pakistan may be able to appreciate the emerging reality, it is not yet ready to accept the obvious. Will hubris prove to be Pakistan’s fatal flaw?

So what will Pakistan do now? Can it get over its hubris? With its gross debt exceeding 70 per cent of GDP in comparison to government expenditure at only 17 to 18 per cent of GDP (2021-22), the need for a strategic course correction is acquiring criticality. In the February 2022 published National Security Policy of Pakistan, the economy has been assigned ‘core’ status. Peace with neighbours and fostering economic diplomacy are part of the economic security envisaged in the Policy. Financial security is emerging as the central theme in Pakistan’s strategic outlook, which will be a major departure from the security-centric policies of the past. It appears the Pakistan government may be compelled to moderate traditional ‘goals’ like ‘wresting’ Kashmir and leadership of the ‘Ummah’, but the same may lack adequate public support.

Economy austerity measures and compromise on Kashmir or the Afghan agenda may be politically inexpedient and even fatal for Pakistan. However, the precariousness of the economic situation will force Pakistan on the path of economic pragmatism guiding security expenditure. Owing to the inadequacy of support from China, especially in financial terms, Pakistan may also be obliged to review its collusion with China. Pakistan’s regional strategic stature has already been downgraded post the US withdrawal from Afghanistan and worsening relations with the Taliban government. Its relations with its traditional partners in the Islamic world, like Saudi Arabia and UAE, have been soured owing to Pakistan’s apparent cosying up with Turkey and Malaysia. In a geopolitically and economically compromised state, Pakistan may be significantly forced to moderate its strategic goals, including Kashmir.

Pakistan has repeatedly flaunted its nuclear card as an answer to India’s superiority in the military domain. The nuclear threat has, however, failed to deter India. India successfully evicted the Pakistani intruders from Kargil heights despite Pakistan’s nuclear capability. It did not deter India from pursuing retribution in Pakistani territory after the Pulwama terror act. Improvement in India’s conventional military potential has led to greater military asymmetry, the nuclear equation notwithstanding. The relevance of Pakistan’s nuclear capability in the India-Pakistan context is reducing; consequently, Pakistan’s inadequacies in the conventional military domain will accentuate with time.

As China’s all-weather friend, Pakistan has confronted India with a two-front threat. However, with the economic decline of Pakistan, concurrent with increased security obligations on its west, Pakistan’s capability to contest India has eroded significantly. Its internal security challenges have seriously compromised Pakistan’s external military capabilities. With the Taliban government confronting Pakistan on several security issues, including the Durand Line, Pakistan is now faced with a two-front dilemma. Maintaining a confrontationist approach with its neighbours, specifically India, may no longer be sustainable for Pakistan.

The self-imposed challenge to match India’s military and economic might appears to be diminishing at the altar of geo-strategic realism and economic pragmatism. There is, accordingly, a growing realisation in Pakistan that the purported ‘existential’ threat from India is flawed and divorced from the real threat emanating ‘internally’.

While numerous internal challenges and constraints may persist, the emerging security and economic realities will force Pakistan on the path of economic pragmatism concurrent with moderation in its anti-India policies.

(Author is a former Deputy Chief of Army Staff (CD&S) who retired on 31 October 2022. He was responsible for the capability development of the Indian Army. He has extensive experience in operations along the LoC with Pakistan and LAC with China. He also has experience in counter-insurgency operations in the North-eastern States and Jammu and Kashmir.)