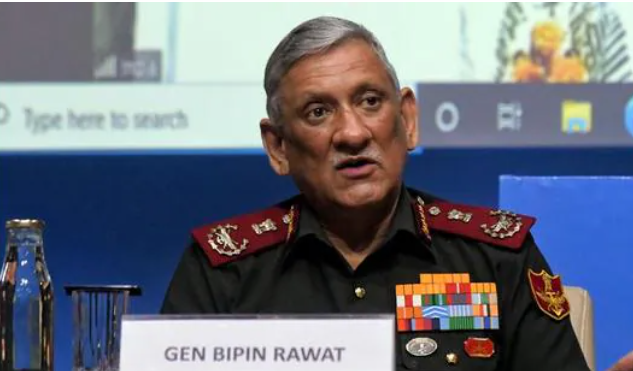 Requiem For A True Soldier

While speculation is rife on the appointment of the next CDS, after the tragic and untimely demise of Gen Bipin Rawat, and clamour for urgency grows in the media, the government of the day goes about silently, doing what needs to be done. There is a process that needs to be followed, with due diligence, and unnecessary speculation and lobbying must give way to patience and faith in the system.

The Department of Military Affairs or DMA, that got created with the appointment of the CDS in December 2019 was a monumental reform executed by the present government towards increasing synergy and accountability in the existing system. As per its mandate, the DMA was to play a crucial role in bringing jointness in procurement, training, posting and staffing for the services through joint planning and integration of their requirements. In addition, the DMA also proposed integration through the formation of theatre commands, which was a ‘work in progress’ at the time of the untimely demise of the Secretary DMA, Gen Bipin Rawat.

The fact that the persona of Gen Bipin Rawat lent urgency to implement change and bring about reform should not lead us to despondency or despair that the reforms would not progress or get derailed in his absence. While people or personalities, especially leaders leave their legacies, men in uniform must ceaselessly and silently continue doing what must be done and need to be done in the national interest. The mettle of a true military leader though not tested in major battles or conflicts, nonetheless, is forged through years of training, sweat and toil and in consonance with the adage, “The more you sweat in peace, the less you bleed in war.”

There appears to be undue importance given to the present situation that lends itself to the post of the CDS being occupied by an Army General. The justification that has come in some quarters is based on the logic that since India has unresolved border issues with our neighbours and there is an active engagement across the ‘line of control, LoC’ and the ‘line of actual control, LAC,’ an Army General would be best suited for the job at hand. This logic tends to not only sways us away from the mandate of the CDS and the QRs for the incumbent but also lends credibility to the very opposite of what has been envisaged in the military reforms in the creation of the DMA i.e synergy and jointness towards the attainment of national objectives through the military.

The present scenario may find itself in favour of the serving Army Chief being considered as the best choice if the seniority principle is applied, but should that be the case? The other chiefs are no less if the capability is to be considered, having reached the pinnacle of their careers as service chiefs.

If the situation at present is unprecedented, so could the choices be, as long as national interest reigns supreme. The factor of mutual trust and faith also comes in when relationships between political and military leaders weigh in during the decision-making process. The equation between Prime Minister Jawaharlal Nehru and Gen BM Kaul during the 1962 Indo – China war and the relationship between Mrs Indira Gandhi and Field Marshal, then General Sam Manekshaw leading to the 1971 Indo – Pak war is much talked and written about.

Both the Prime Ministers, father and daughter, shared uncanny ease and similarity in their equations with the military leaders of the day, albeit leading to widely contrasting and diverse consequences. In the aftermath of the 1962 conflict, Gen BM Kaul resigned and Gen Sam Manekshaw was made the first Indian Field Marshal. The consequences of the Indo-China war even after six decades are still being felt with a continuing unease in the situation along the LAC, while the 1971 conflict lead to the emergence of a new nation, Bangladesh, which continues to prosper and grow.

The nation collectively mourned the loss of Gen Bipin Rawat and his spouse Mrs Madhulika Rawat, and the twelve others that perished in the unfortunate crash of the Mi17 V5 on 8 December, as never before. The outpouring of grief and mourning cut across the nation, through regions and religions and communities with an emotion that truly portrayed our country as a great secular democracy that binds together its varied tapestry, unflinchingly, into a bond that cannot be easily severed.

We must also, however, refrain from jingoism, as every life lost in the service of the nation is one too many. The death of Mrs Madulika Rawat, the spouse of the senior-most serving military officer in uniform, in the line of duty, should also serve as a reminder to the nation of the sacrifice and the perils that the families of men in uniform have to endure in their silent service to the nation.

The men in uniform, serving or veterans must abide by the ethos of the soldier that calls upon them to silently do what needs to be done in the line of duty, and a true requiem for Gen Bipin Rawat and his entourage would be to have faith in the nation and its leaders. The political establishment reposes trust and faith in the military, to deliver when the need arises, and the same must be reciprocated by the military in equal measure.