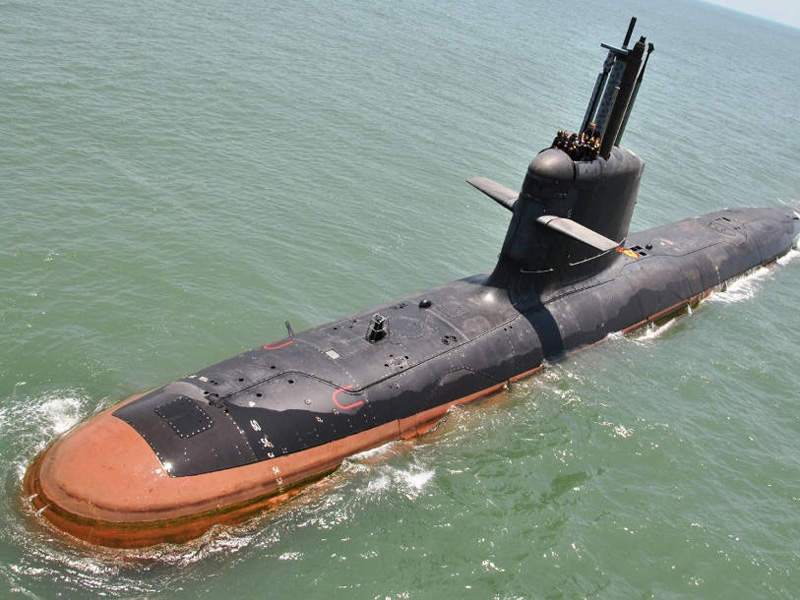 Ministry of Defence has issued Request of Proposal (RFP) for the much-awaited Rs. 43,000 crore project to indigenously build six new generation submarines with foreign collaboration on 20 July. This is the first acquisition programme under the Strategic Partnership Model for construction of six AIP fitted Conventional Submarines and has been given the nomenclature – Project 75(India) i.e., P-75(I) for the Indian Navy. The RFP was issued to shortlisted Indian Strategic Partners (SP) – government-run shipyard Mazagon Docks (MDL) and private shipbuilder L&T.

Project-75(I) envisages indigenous construction of six modern conventional submarines including associated shore support, engineering support package, training and spares package with contemporary equipment, weapons and sensors including Fuel-Cell based AIP (Air Independent Propulsion Plant), advanced torpedoes, modern missiles and state of the art countermeasure systems. This would provide a major boost to the indigenous design and construction capability of submarines in India, in addition to bringing in the latest submarine design and technologies as part of the project, according to an official statement of Ministry of Defence (MoD).

The foreign OEMs will be the technology partner in the SP Model. Foreign OEMs will enable the SP in the construction of submarines, achieving high levels of indigenization, and ToT for various technologies. These OEMs would enable setting up of dedicated manufacturing lines for these submarines in India by providing ToT for submarine design and other technologies and make India the global hub for submarine design and production, the statement reads.

The project would not only aid in boosting the core submarine/ship building industry but would also greatly enhance manufacturing/industrial sector, especially the MSMEs by development of an industrial eco-system for manufacture of associated spares/systems/equipment related to submarines. In order to achieve these objectives, the RFP has key features like mandatory level of indigenous manufacture of platforms, ToT for design/ manufacture/ maintenance of submarines and a few critical equipment and systems, setting up of an eco-system in India for such indigenisation and incentivisation for other key technologies.

The overall aim would be to progressively build indigenous capabilities in the public/private sector to design, develop and manufacture complex weapon systems for the future needs of the Armed Forces. This will be an important step towards meeting broader national objectives, encouraging self-reliance and aligning the defence sector with the ‘Make in India’ initiative of the Government, the statement said.