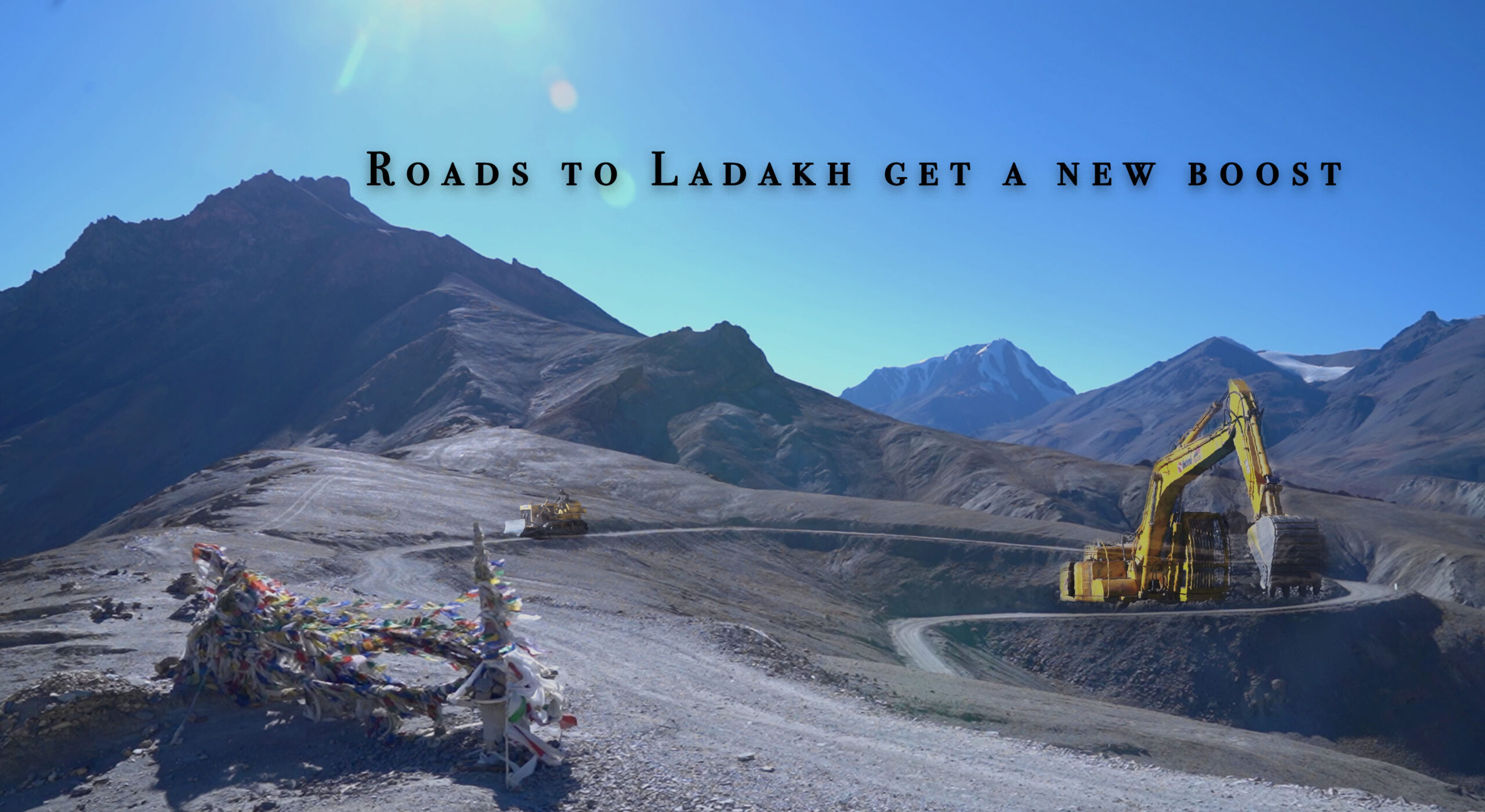 Roads to Ladakh get a New Boost

Chinese aggression on the Line of Actual Control (LAC) in Ladakh has compressed longer timelines that Indian military planners were working on to secure Ladakh by building infrastructure for dual use—civilian as well as military—in the high altitude areas. Roads, bridges and tunnels that were planned to be completed by 2025 and beyond are now slated to be made operational in the next three years; building of additional habitats and military bases for troops across Ladakh, being built up gradually since 2012-13, will be ready by end-2021, thanks to China showing its hand too early.

Accordingly, the third road axis connecting Himachal Pradesh with Ladakh (Darcha-Padam-Nimu-Leh) will be tested through the current winter to provide year-round access. The earlier two routes (Srinagar-Zozila-Kargil-Leh and Manali-Bara Lachla-Leh) invariably get closed in peak winter due to heavy snowfall in the high passes. Travelling on the third and newest axis over two days, our team could see the Border Roads Organisation (BRO) officers, men and labourers hard at work. If all goes well, snow clearance detachments at Sinkun La will make sure that the third access remains open throughout the year. 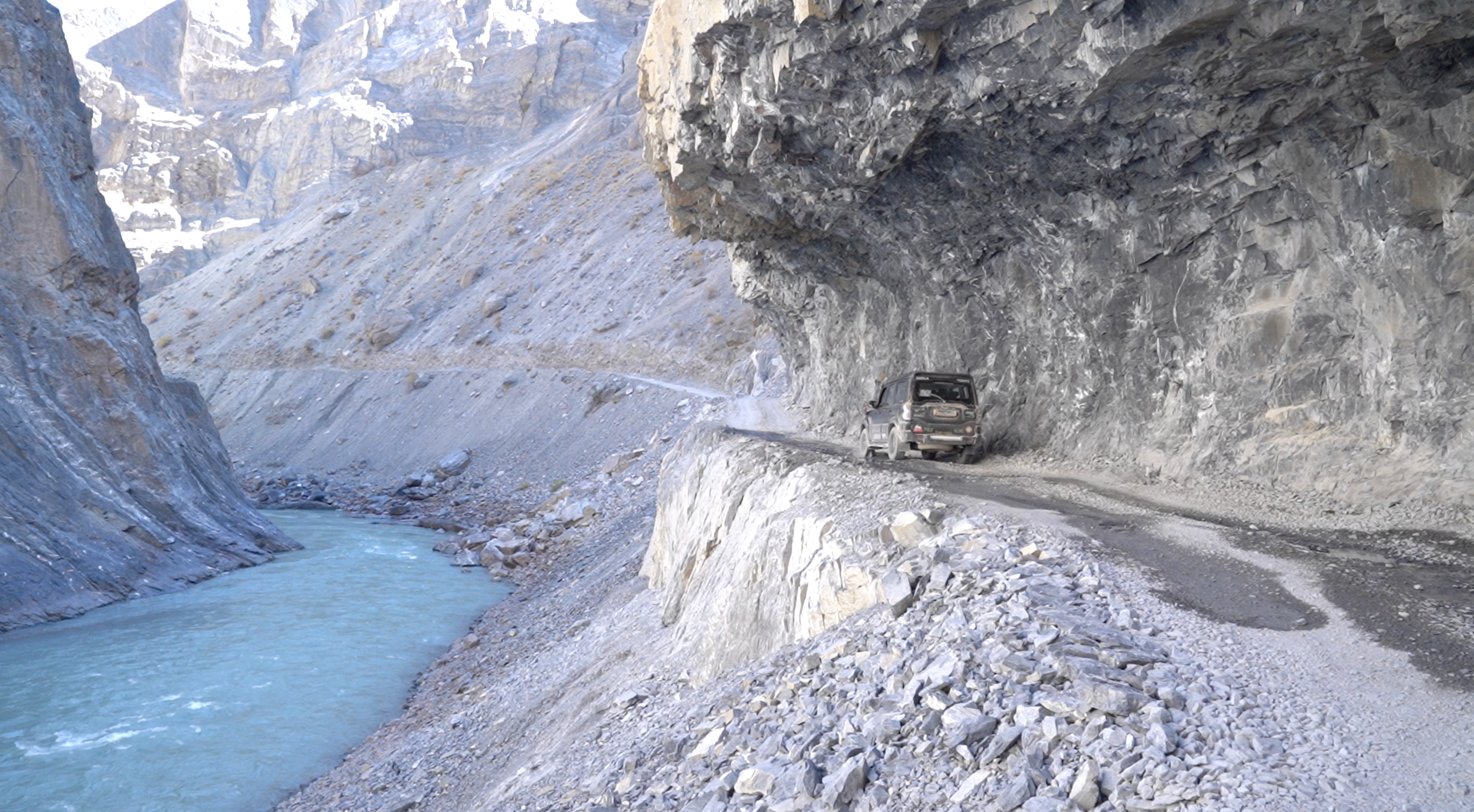 The Most difficult stretch that was cut through in June this year. Photo: Rohit Pandita

The new axis, planned after the 1999 Kargil conflict, was meandering along at a snail’s pace until 2016 when the current government pushed for its speedier completion. There was a major hurdle to be overcome on this road. A stretch between Padam and Nimu that is aligned along the Zanskar river has a very hard rocky mountain that needed to be cut through. Old techniques were proving to be inadequate. Lt Gen Harpal Singh, current Director General of BRO, realised the need to import state-of-the-art drilling machines to cut through the hard mountain. The required machines were bought and then officers on the ground worked with these machines for over five months, putting in 18-hour work shifts, and managed to achieve the breakthrough this summer (see photo). 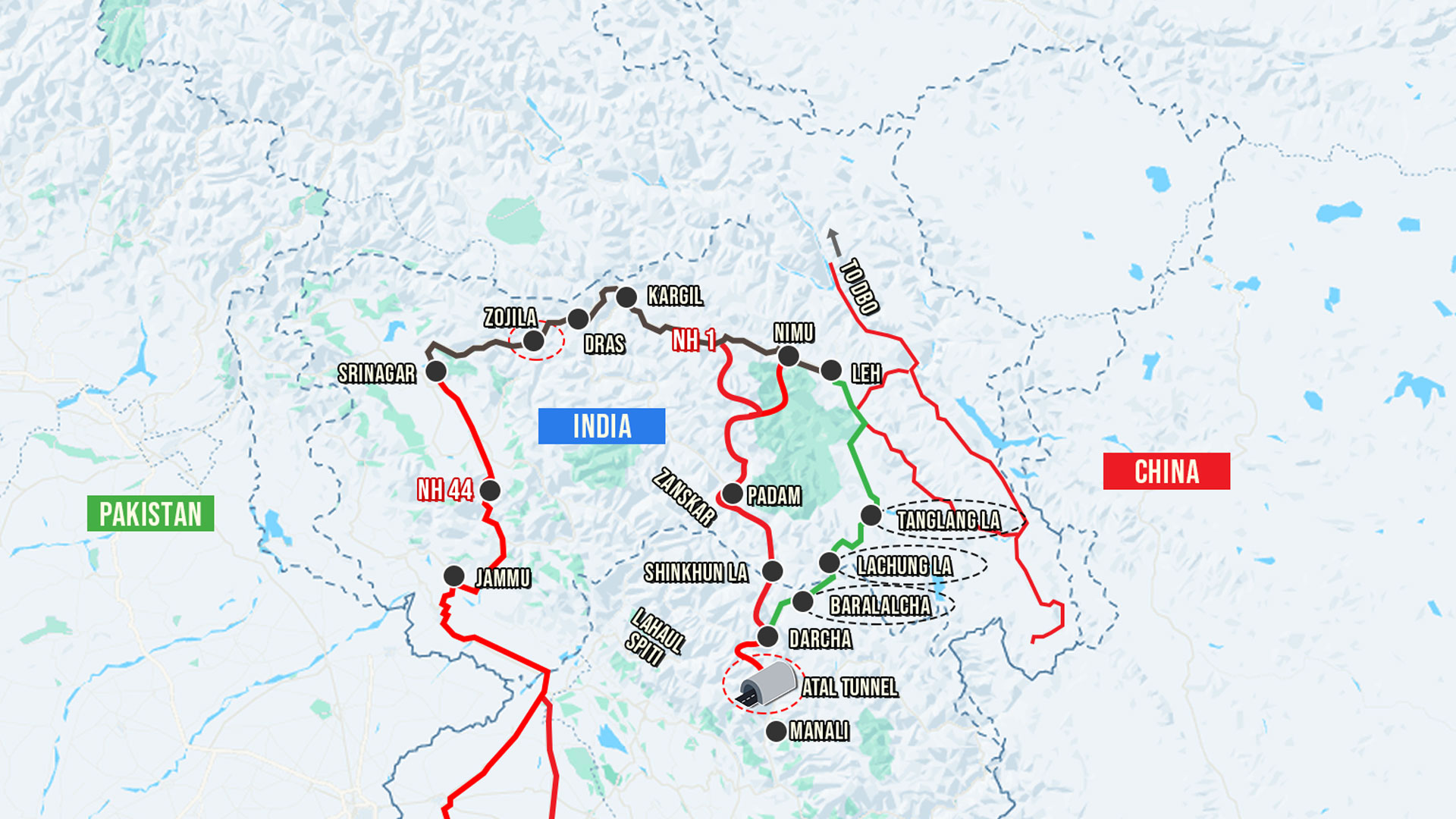 Now the road is ready for single lane traffic. Plans have been approved for widening and blacktopping the road. Once a tunnel at Sinkun La comes up, this road will provide connectivity to Ladakh throughout the year. This axis has obviated the possibility of building three tunnels at Baralalcha, Tanglang La and Lachung La on the old Manali-Leh Road (see map).

Additionally, because of the completion of the Rohtang or Atal Tunnel, the journey time between Manali and Darcha has been reduced by up to five hours, making it easier for supplies to be ferried into Ladakh.

This year, the BRO has also made arrangements to keep the Zozila axis open as long as possible by posting additional men and machinery on both sides of the pass that witnesses up to 30-35 feet snow accumulation in peak winter.

One of the little known facts about building infrastructure in Ladakh’s high altitude areas is the limited working period available to the agencies. The BRO workforce has the period between May and October to work in the open. Rest of the year, the wind chill factor and extremely low temperatures prevent any meaningful work. Moreover, since BRO works in remote, inaccessible areas, getting quality contractors used to be a challenge. However with time, that hurdle has been overcome too. 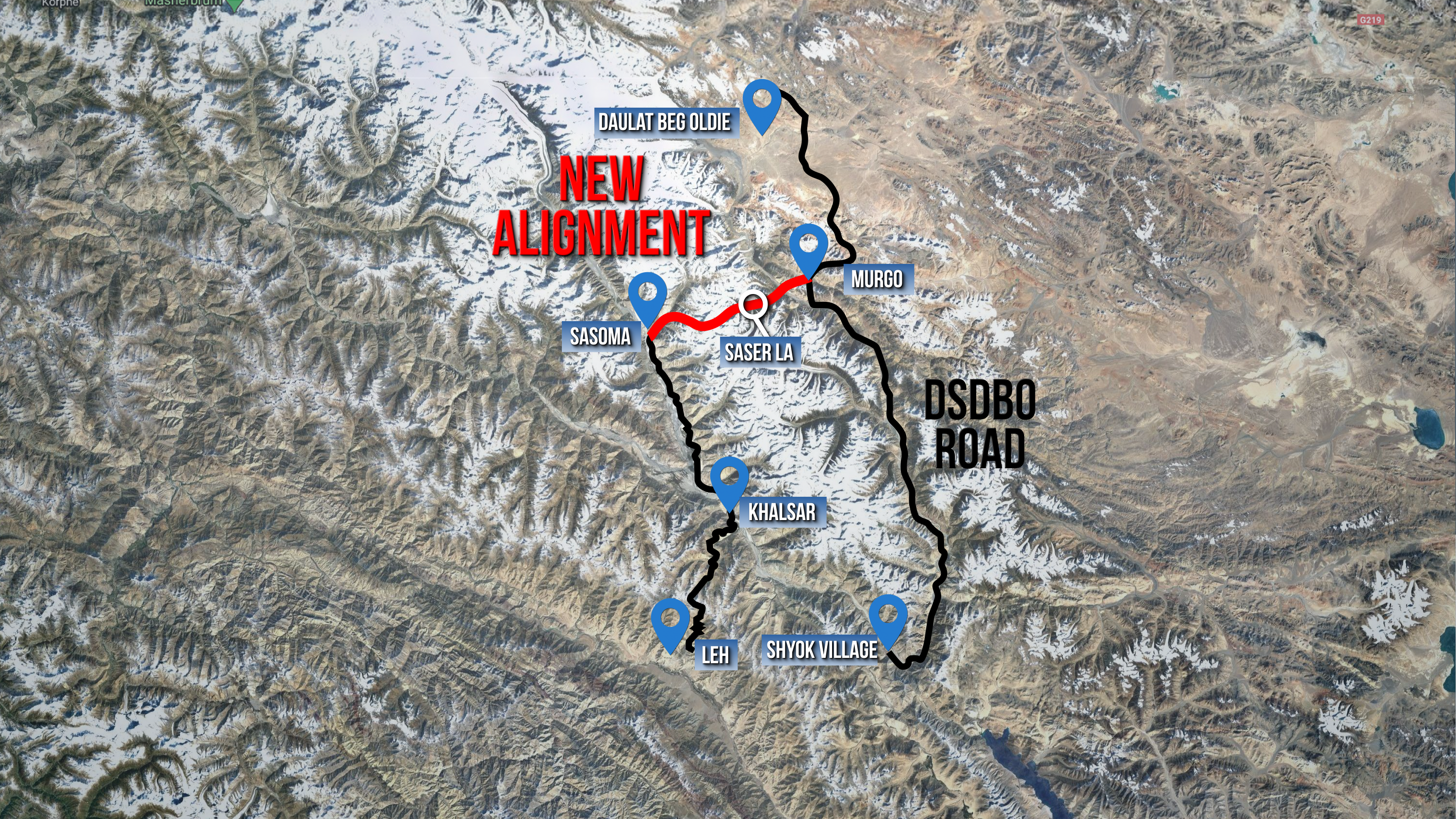 The BRO has also started working on an alternate axis to Daulat Beg Oldie (DBO) in the Sub-Sector North that is sandwiched between the Siachen Glacier and the LAC. In addition to the Darbuk-Shyok-DBO road, opened last year—which is being cited by many analysts as one of the several reasons why China has moved aggressively along the LAC this summer—the new axis will connect Sasoma to DBO via the high mountain pass at Saser La (see map). In the past this road has been attempted but was abandoned because of difficult terrain and limited working season. Temperatures at Saser La (over 18000 feet) often dip to minus 40-45 in winter. Once the Sasoma-Saser La road gets activated, India will have an alternate axis to access Depsang plains and not just depend upon the DS-DBO road that mostly runs parallel to the LAC.

With additional troops now being inducted into Ladakh, BRO’s role in not limited to just building roads, bridges and tunnels but also maintaining them, something which has become more crucial.