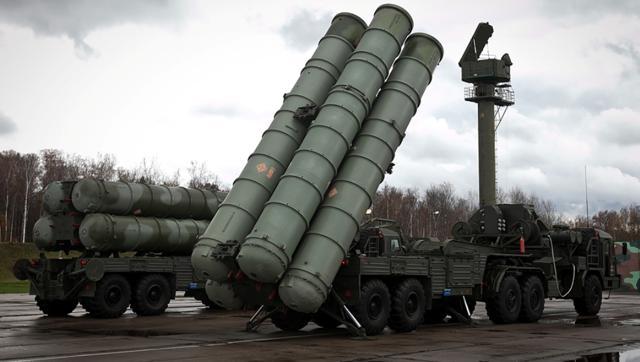 Very often, even in the informed circles, the nomenclature Integrated Defence HQ, is less known. It is often confused with one of the Integrated Service HQ. Subsequent to Kargil Committee report in which many reforms were recommended, one which called for reforms in the Ministry of Defence (MoD) was implemented partially. The major reforms in the Defence HQ consisted of appointment of a Chief of Defence Staff (CDS) who was to be supported by a HQ Integrated Defence Staff (IDS). The committee also recommended integration of service officers in the Ministry of Defence to provide domain expertise for expeditious decisions, particularly on operational matters. The bureaucracy scuttled it nearly completely except that the three Services HQ were renamed as Integrated HQ of MoD (Army, Navy and Air Force). This was only a lipstick implementation to justify that Services elements were integrated with the MoD. CDS was dumped under the pretext of lack of political consensus. The bureaucracy convinced the polity that CDS will open an axis for the Armed Forces to interfere in the governance, which is far from reality.

Without the CDS, an Integrated Defence HQ (HQ Integrated Defence Staff) was created within MoD which provides the necessary impetus to Chiefs of Staff Committee on all matters of jointness. It’s major task, however, is to provide entire secretarial and domain expertise to the Raksha Mantri in all proposals of capital defence acquisition. The HQ IDS is headed by Chief of Integrated Defence Staff to the COSC (Chiefs of Staff Committee), a three star armed forces officer of the level of Vice Chiefs of the Services (in the grade of Secretary to GoI). The HQ IDS construct is broadly as follows:-

This branch has key roles in matters of Defence Acquisition; most importantly, the collation of the capability development plans of the three Services into a Long Term Integrated Perspective Plan (LTIPP). This is the mother document for all acquisition over a period of 15 years which is duly approved by the MoD.

The preparation of this document is a protracted process. An environment scan is carried out by careful study of intelligence, diplomatic, academia, think tank, threat analysis inputs. A threat perception document over a period of 15 years is arrived at after much discussions and deliberations. These perceptions are shared with three Services HQ. Based on the scan, the Services HQ prepare broad 15 year capability acquisition plan under the guiding framework of the Raksha Mantri’s Operational Directives. These two mother documents are revised at laid down intervals to keep them current.

The HQ IDS plays a crucial role in ensuring that similar capabilities and hardware are not acquired by more than one Service for the same theatre of conflict. Should a similar capability be required by more than one Service in different theatres of operation, HQ IDS rationalizes the numbers based on the operational deployments and through the process of consultation in the Joint Planning Committee chaired by the Deputy Chief of HQ IDS.

HQ IDS also examines the capability of DPSUs, Private Sector and DRDO and guides the Services HQ to progress proposals for procurement to maximise indigenous content.

Prior to an acquisition proposal being tabled in the DAC, it goes through two committees wherein each proposal of the Services is discussed threadbare before being accepted for a higher committee. The lowermost committee is known as Services Capital Acquisition Procurement and Categorisation Committee (SCAPCC), chaired by the Deputy Chief of Perspective Plans. All other departments of the MoD are represented by an officer of the level of Joint Secretary.

Each Service HQ makes exhaustive presentation on their proposals post its examination and vetting by the specialist officers of the HQ IDS. In this meeting each of the members gets an opportunity to express their opinion on the proposals which are forwarded to them well prior to the meeting by the Service HQ. The Chairman of the committee obtains consent of the members and then the proposals are tabled in the higher committee. Typically there is one Services Capital Acquisition Procurement and Categorisation Committee (SCAPCC) in a month. The proposals essentially recommend the category under which they are to be procured e.g., Buy (Indian), Buy (Global), Buy and Make, Buy and Make Indian, Make Indian etc. Proposals are also examined for their financial viability, relevance to AAP and the possibility of clubbing with proposals of other Services for similar equipment to derive cost benefit on account of quantity.

The next higher committee is the Services Capital Acquisition Procurement and Categorisation Higher Committee (SCAPCHC) and is chaired by the CISC. The three Vice Chiefs and Additional Secretary ranking officers of all departments of the MoD are the members. These meetings are conducted once a month. In this committee the differences in opinion by various members in the lower committee which may have emerged, are discussed to refine the proposals. Proposals under Rs 50 Crore can be approved by this committee. Depending upon the value of contract, the accepted proposals are forwarded either to the Defence Procurement Board (DPB) Chaired by Defence Secretary or the Defence Acquisition Council (DAC) chaired by the Raksha Mantri.

Essentially, the HQ Integrated Defence Staff has a major role in the passage of proposals right up to the stage of Acceptance of Necessity (AON) by the DAC. There are senior specialist officers of three Services appointed to this HQ, at the level of Major General, Brigadier, Colonel and their equivalents. It also has a financial planning division which is responsible for steering the capital and revenue budgets of joint Service organisations such as Andaman Nicobar Command, National Defence Academy, Defence Services Staff College, College of Defence Management, Defence Imagery and Photo Analysis Organisation, the Signal Intelligence establishment and funding of few DRDO development projects for tri Service utilisation.

The rotational system of appointments at all levels in the HQ IDS ensures true tri Service character of proposal analysis. Each proposal has to pass through the scrutiny of officers of all three Services at various stages. HQ IDS ensures that the proposals put up by the Service HQ is as per LTIPP, Five Year Plan, Annual Acquisition Plan and has been budgeted. The proposal has followed the correct laid down process such as floating of RFI to all known manufacturers etc. The CII and FICCI representatives are also invited to the preliminary discussion in the lower committee SCAPCC. They present the capability status of the Indian industry in the proposed procurement. On many occasions the proposals have to be withdrawn from the meeting if it does not pass the consent for AON i.e. Acceptance of Necessity. This results in one month delay since these meetings are once every month.

The highest body of decision making is the DAC. Here, the Service Chiefs and the Secretaries discuss and iron out differences on account of quantity, route for procurement and financial viability. Once the approval has been accorded by the DAC, the proposal goes back to Service HQ who prepare draft RFP (Request for Proposal) in close consultation with the Acquisition Wing and Defence Finance of the MoD. From the RFP stage till the technical evaluation, staff evaluation, trials, short listing and price negotiation is a protracted process which can take up to three years. The actual work by the manufacturer begins only after the contract has been signed. The HQ IDS remains in the loop of progress of the case and reviews it at regular intervals.

In the case of such equipment, which has joint Service application – more than one Service needs the same or similar equipment – there is Joint Service Qualitative Requirements Committee headed by Deputy Chief of the IDS HQ. These QRs are binding on all three Services.

The role of Integrated Defence Staff in Acquisition process is extensive and inclusive. Right from the LTIPP to 5 Year Plan, Annual Acquisition Plan, vetting of each proposal for Acceptance of Necessity, the passage of the proposals through the three acquisition committees are all in the ambit of HQ IDS charter. This HQ also plays a key role in the amendments to Defence Procurement Procedures. In addition all the tri-Service organisations are administered directly by HQ IDS on behalf of the Chairman Chiefs of Staff Committee. The HQ also maintains close interaction with DRDO labs for development programmers, PSUs, Private Industries through CII, FICCI, PHD Chamber of Commerce etc.

Acquisition is a complex process and is the most important function of this HQ. The entire management from vetting, agenda, conduct, minutes of each meeting, their circulation to all stakeholders and meeting notices in addition to brief for the Raksha Mantri are in its domain. Since each meeting is conducted once a month, effectively the HQ handles and conducts the affairs of one meeting every tenth day i.e., SCAPCC, SCAPCHC and DAC. All the meeting proceeds are classified unless the government makes it public.

To conclude, the role of HQ IDS in the acquisition, categorisation and acceptance of necessity process is intensive. The HQ performs all the tasks for the capital acquisition of three Services and the Coast Guard for the Ministry of Defence by a collegiate process.