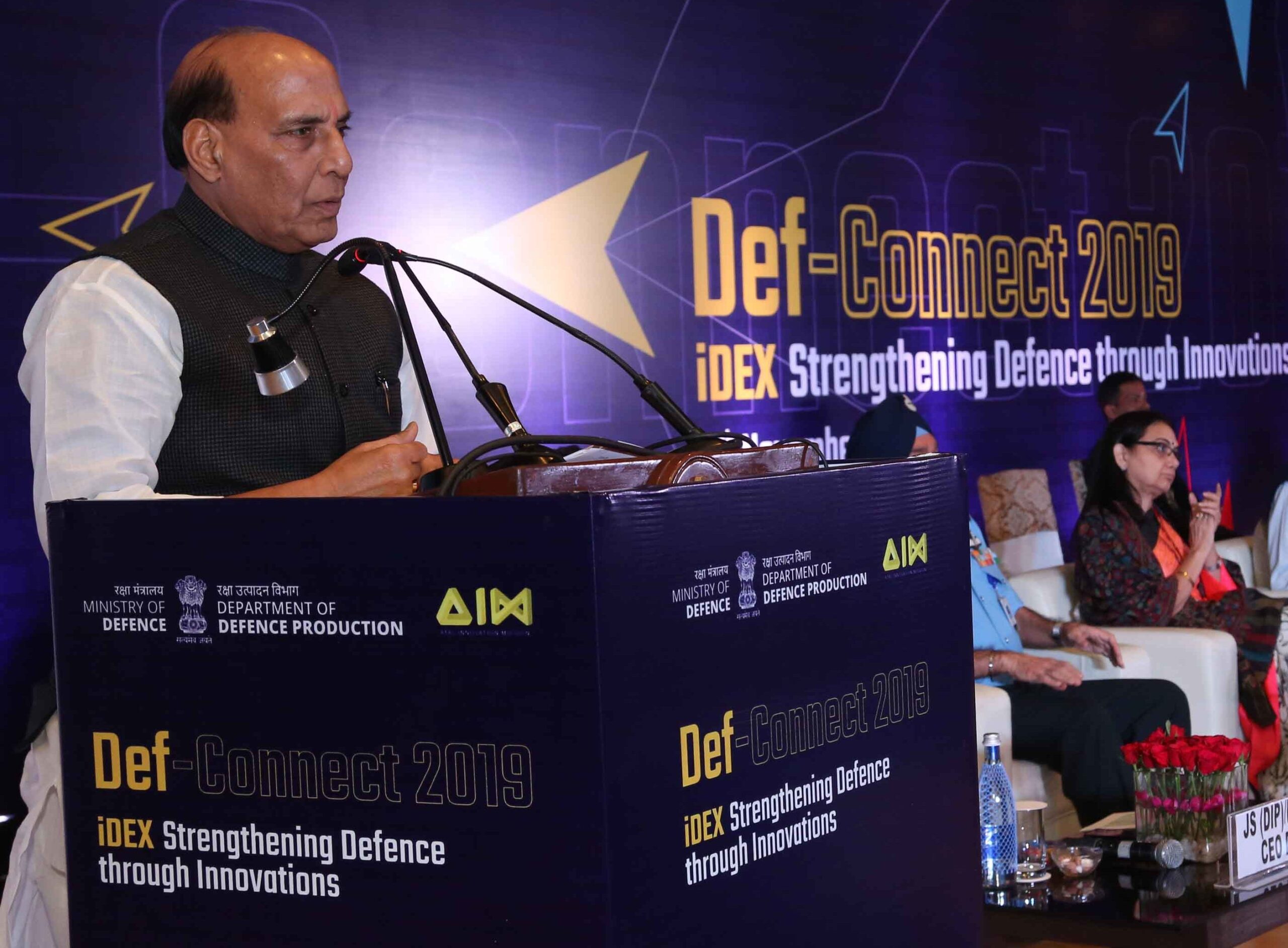 The Defence Ministry will finance Rs. 500 crore to startups for their innovations for Defence Excellence (iDEX) initiative in the next five years as part of the overall policy to boost ‘Make in India’ in the arms manufacturing field.

Focusing on the importance of startups and MSMEs to help India achieve its aim of indigenisation and self-reliance in the defence sector, Defence Minister Rajnath Singh announced the third phase of Defence India Startup Challenge (DISC) under iDEX, an initiative to boost innovation in the defence manufacturing sector.

Speaking at the ‘Def-Connect 2019’ seminar on iDEX initiative of the MoD, Defence Minister stressed the need of “ideation, innovation and incubation” in cutting-edge technologies to strengthen defence manufacturing as well as research and development. He expressed confidence that India will emerge as “a net innovator and exporter of defence technologies rather than a net importer” in the years to come. “Our Prime Minister Shri Narendra Modi has set a target of USD 5 trillion economy by 2024. Looking at the talent India possesses, I am pretty confident that we can become USD 10 trillion economy in the next 10-15 years,” he said.

The iDEX aims to recognise talent and harness it amongst the youth, MSMEs, startups, private and public sector. Through iDEX and Startup Challenge, the government is looking to fund 250 startups and “achieve 50 tangible innovations in the next five years” said Subhash Chandra, Secretary, Department of Defence Production. For this, the MoD is currently seeking approval of Rs 500 crore. He also said that policy changes would be undertaken to incorporate the iDEX as a section in the Make-2 procedure of Defence Procurement Procedure (DPP), which is under revision.

Speaking on the occasion, Defence Secretary Ajay Kumar said he was looking forward to iDEX scaling up from supporting 44 startups at present to 440 in near future as there never had been a dearth of innovators in the country.

Sanjay Jaju, Joint Secretary, DIP and CEO, DIO (Defence Innovation Organisation)recounted the achievements of Phase I & II of the Startup Challenge and explained about the new initiatives. He said the Ministry is in the process of including few more incubation modules such as IIT Madras.The iDEX is funded and managed by DIO, formed as a non-profit company with nominal capital by state-run HAL and BEL, Jaju informed.

The Defence India Startup Challenge (DISC)-III was launched with one challenge from each of the three services to prospective startups. The results of this will be announced at DefExpo-2020 in Lucknow next February. An iDEX Open Challenge was also launched, in which startups can pitch new innovative solutions to the armed forces.

Defence Minister Rajnath Singh launched the new iDEX logo, its portal www.idex.gov.in and dashboard for real-time monitoring of the programme. A Compendium of iDEX Guidelines was also released.