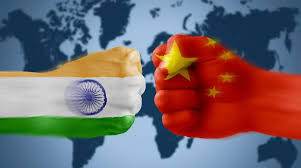 The political uncertainty and social instability in the Indian Ocean archipelago of the Maldives has the potential to increase tensions between India and China. Since its independence in 1966, when India was the first country to recognise it, the Maldives has been perceived as within India’s sphere of influence and sought and received India’s assistance in times of dire need. In the past few years, however, Beijing has assiduously wooed Maldives as important to its Belt and Road Initiative (BRI) and, with Abdulla Yameen Abdul Gayoom taking over as President, there is a definite pro-Beijing tilt.  The present crisis comes in the midst of extant India-China tension caused by China’s attempt last year to unilaterally construct a road through Bhutanese territory in the Doklam Plateau in violation of a trilateral agreement signed in 2012. This tension is reflected in China’s reactions to the developments in Maldives. 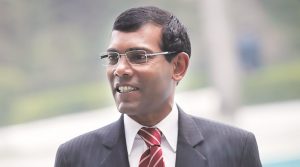 Maldives has been gripped by political uncertainty since February 1, 2018. Known as a popular tourist destination the existence of which is threatened by global warming, Maldives has for years been witness to serious rivalry between its current President Abdulla Yameen Abdul Gayoom and his step-brother and former President Mohamed Nasheed. Matters were precipitated on February 5, when Yameen promulgated a 15-day emergency after the Supreme Court quashed terrorism charges against nine leading opposition leaders including former President Nasheed. Maldivian security forces arrested Maumoon Abdul Gayoom, the longest-serving leader of the Maldives along with two Supreme Court judges. In addition to heightening political uncertainty the developments will lead to at least short term economic distress as many countries have issued travel advisories and tourists have cancelled travel plans. The developments will also have longer term implications for the region.

India and China, who presently have an uneasy relationship, now find that an arena of quiet strategic contest has suddenly become one requiring deft diplomacy and urgent action. Both countries have strategic stakes in the

Maldives. For India it has long been a friendly country lying within its perceived sphere of influence and one to which India on at least two occasions has rushed assistance in response to pleas for help. Pertinent in the current context is the assistance rendered by India in November 1988, when it sent 1600 troops to successfully thwart an attempt by armed Tamil nationalist guerrillas to take over the country and make it a base for their operations.  Its geostrategic location in the Indian Ocean and near India’s western coastline makes Maldives important for India. India has plans – now in doubt — to set up 10 Coastal Surveillance Radar Systems (CSRS) in the Maldives as part of its coast guard surveillance grid. Reinforcing the importance of the Maldives is the emergence of the Indian Ocean as a maritime area of interest for China, which desires to establish a substantive naval presence there. 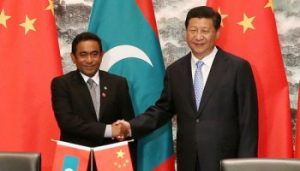 An additional concern is the radicalisation taking place in Maldives despite the prosperity there. More than 200 Maldives citizens have joined the Islamic State (IS) which, in terms of percentage of population is possibly the highest in the world. India will not want neighbouring Maldives to become a haven for Islamic terrorists and, in this backdrop, the despatch by Yameen of an Envoy to Pakistan is not assuring. Neither is China’s ‘protective’ veto to Pakistan at the UN Sanctions Committee. 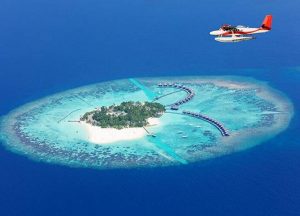 China has for the past few years been investing in the Maldives. President Yameen, who has had a noticeable pro-Beijing tilt, amended Maldives Constitution in July 2015 to allow foreigners to own land, including investments of over US$ 1 billion for projects where 70 per cent of the land has been reclaimed. China quickly purchased the uninhabited island of Feydhoo Finolhu while a Chinese company displaced the Indian company GMR and acquired the international airport on a 50-year lease for $4 million. Reports claim China is trying to buy another island. Acquisition of Feydhoo Finolhu means a Chinese presence just 75 nautical miles from India’s Exclusive Economic Zone (EEZ). When China builds a Radar station there it will bring India’s entire western coast within its coverage. 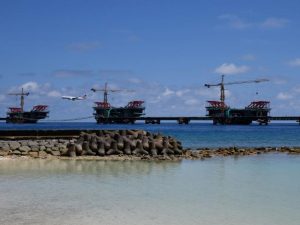 Thereafter in December 2017 Maldives signed a Free Trade Agreement (FTA) with China, allowing it to operate hotels, restaurants, marinas, travel agencies etc in the expectation that it will boost tourist arrivals from approximately 1.5 million per year to 7-8 million.  Over 70 percent of Maldives’ current foreign debt is owed to China on which the loan interest is already more than 20 percent of Maldives’ budget.

Articles in China’s official military media reflect China’s concern that its investment in Maldives is at risk. An article in this media on February 13, quoted analysts as saying the “political crisis is another example of India’s interference in the domestic affairs of neighboring countries”. Asserting that “even though it is in the 21st century, India still follows the example of the British Empire and attempts to turn all of its neighboring countries in South Asia into Indian colonies”, it added “for a long time, India has viewed South Asia as its sphere of influence and therefore has felt unhappy about the development of friendly relations and cooperation between its neighbors and other countries.” Indicating that the face-off at Doklam remains an issue, the article pointed out that “Bhutan’s diplomatic and military affairs are led by India. Indian troops are stationed in Bhutan and Bhutan must consult India on its foreign policy”. The article claimed India had intervened in neighbouring countries through diplomacy and military operations in 1971, 1975, 1987 and1988. It said “the awakening of the sovereignty awareness in Asian countries clashed with India’s desire for increased control” and they “are trying to shake off India’s control and develop all-round diplomacy with China and other major powers outside the region”. It described Maldives President Abdulla Yameen signing a FTA with China and announcing his intention to join the “Belt and Road Initiative” and Nepal enabling Internet access through China’s fibre optic cable, as two events that were “a serious humiliation for India in its attempt to dominate South Asia”. Claiming these countries speak highly of China’s policy of non-interference and treating all equally, the article advised India to focus on domestic affairs and “seriously consider abandoning the old “Greater India” idea and develop a new approach in the 21st century”. Identical views were articulated in another paper a day earlier. 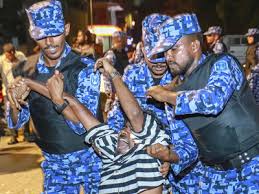 Protests in Maldives (Image Courtesy: The Times of India)

The same day, while China’s Foreign Ministry spokesman said “China will not interfere in the internal affairs of the Maldives”, China’s state-run Global Times bluntly warned that “India should not underestimate China’s opposition to unilateral military intervention”. It asserted that Beijing will retaliate if New Delhi unilaterally decides to send troops to the Maldives. Interesting was the observation on February 14, in a post on a People’s Liberation Army Navy (PLAN) site commenting on a PLA Navy replenishment drill in the Indian Ocean. Disclosing that PLAN warships ‘Changsha’, ‘Hengyang’, ‘Jinggangshan’ and ‘Luomahu’ had participated in the drill, it added that the ‘warships entered the East Indian Ocean at the time when the situation in Maldives was tense, follow up of the situation was needed.’

The articles in China’s military media, which for some months have revealed that the ‘disengagement’ at Doklam on August 28 remains a factor, indicate that at least China’s military leadership is exploring various options to safeguard Chinese interests in Maldives. They would not want a repetition of the setback they suffered in Sri Lanka or of India’s action in Maldives in November 1988.

(The author is a former Additional Secretary in the Cabinet Secretariat, Government of India and is presently President of the Centre for China Analysis and Strategy)

Jayadeva Ranade, is a Member of the National Security Advisory Board (NSAB) and President of the recently established ‘Centre for China Analysis and Strategy’. A former Additional Secretary in the Cabinet Secretariat, Government of India, he is also a Member of the Core Group on China of the Indian Council of World Affairs (ICWA) and Distinguished Fellow at the institute for Peace and Conflict Studies (IPCS), New Delhi .