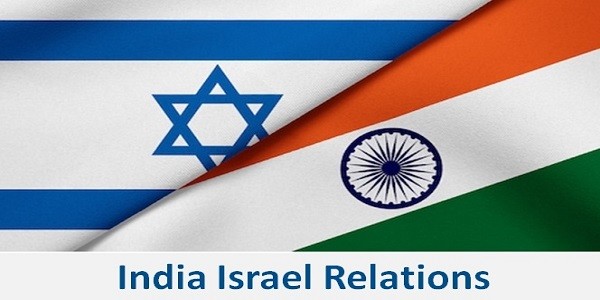 Strategic Partnership Between India And Israel

It was on 6 June 2019, when in an unprecedented move, India voted in support of Israel at the United Nations (UN) Economic and Social Council (ECOSOC) to deny observer status to a Palestinian human rights organisation named Shahed. It is also pertinent to note that China, Russia, Saudi Arabia, Pakistan and some others voted in favour of Palestine. Maya Kadosh, the Deputy Chief of the Israel embassy in India, referred to Shahed, the Palestinian Organisation as a terrorist organisation with links to the Hezbollah and Palestinian Islamic Jihad. This was a historic moment in our relations. Thereafter India maintained a stance that was both balanced and systematic with these countries.

The recent Israel-Hamas conflict witnessed a number of resolutions in the United Nations. The last resolution was on 27 May 2021 which India abstained. The resolution moved by Pakistan and Palestine called on the President of the UN Human Rights Council to set up an independent international commission of inquiry into the events which led to the current Gaza crisis. The resolution was passed by 24 votes in favour. This would be the first time a Commission of Inquiry has received a continuing mandate. Briefly, it implies that it is not time-bound. India’s statement read out by the Permanent Representative was on similar lines as delivered in the Security Council and General Assembly earlier. Welcoming the cease-fire, India reiterated that none of the parties should attempt the unilateral change of the existing status quo in East Jerusalem and its neighbourhoods.

It is interesting to note that India criticised the violence with specific condemnation of Hamas rocket strikes which resulted in the death of an Indian national a caregiver in the Israeli city of Ashkelon. In yesteryears, such a shift towards Israel was never stated so boldly. It’s an indicator of the growing partnership between India and Israel.

Former Prime Minister Jawaharlal Nehru wrote to his Israeli counterpart David Ben-Gurion during the Sino-Indian war of 1962 for shipments of arms and ammunition. In 1965, Israel supplied mortar ammunition to India during the war against Pakistan. The book 1971 by scholar Srinath Raghavan offers fresh insights into the 14-day war that created Bangladesh. He accessed the papers maintained at the Nehru Memorial Museum and Library in New Delhi. India’s Ambassador to France D N Chatterjee began the process to get Israeli arms on 6 July 1971. Prime Minister Indira Gandhi immediately accepted the proposal and through the country’s external intelligence agency began the process to get the arms through the tiny principality of Liechtenstein. The arms were airlifted with a batch of Israeli instructors. The arms would land up with the Indian Army and proved their utility during the war. Further, Israel chose not to condemn India during the nuclear tests in 1998.

The Kargil conflict with Pakistan in 1999 witnessed the requirement of aerial surveillance which could be craftily provided by Unmanned Aerial Vehicles (UAVs). It is to Israel’s credit that Israel Aerospace Industries (IAI) supplied Searcher Mk 1 UAV to the Indian Army in 1996 and the Indian Air Force as also the Indian Navy acquiring it in 2000. In 2003, Israel offered India the Heron Mk 1 and, fortunately, India became the first operational user even before the Israeli military inducted it. They have also supplied UCAVs and Loitering Missiles.
Apart from UAVs, UCAVs and Loitering Missiles, Israel has supported us in technology supporting aircraft, battle tanks and naval vessels. The various equipment which has been procured include fabricating AWACs and a variety of missiles, some of which were used during surgical strikes. We are also involved in co-development and Artificial Intelligence.

In 2018 Israeli Prime Minister Benjamin Netanyahu visited India. The joint statement unequivocally states that both Prime Ministers share a common vision for the relationship. They believe that in the next 25 years, the two countries should strive to raise bilateral cooperation in diverse sectors to a qualitative level in consonance with our Strategic Partnership.

It is pertinent to note that both countries are working together on a Five Year Joint Work Plan for strategic cooperation in Agriculture and Water. Further, they agreed to deepen cooperation in innovation, business, trade, space, homeland security, Cyber, higher education, research, science, technology, tourism and culture. Further, both Prime Ministers welcomed the completion of all formalities for the launch of the India-Israel Industrial Research and Development and Technical Innovation Fund.

Israel has a state-of-the-art defence industry and is willing to cooperate with India in all spheres of defence activities. 41 per cent of Israeli defence exports come to India. Co-development is being undertaken in the areas of air defence, reconnaissance satellites, UAVs and many other areas. Many of them are in the form of joint ventures. The areas of Network Centric Warfare and Artificial Intelligence is gaining momentum.

The strong defence relations have led to the gradual improvement of political relations and understanding. It has occurred over the years. It would be pertinent to observe Ambassador T S Trimurti, India’s Permanent Representative at the United Nations gave the official position on the subject of the Israel Palestinian conflict. The position indicates our strengthening of political relationship with Israel.

India condemned the indiscriminate rocket firings from Gaza but maintained silence about Israeli airstrikes. Pragmatists in our country have stated this to be a balanced position protecting Indian national interests. The Indian government rightly feels that there is a lot to learn from Israel’s Homeland Security and our agencies are being made more professional in countering threats of terrorism. A new Prime Minister Naftali Bennett has taken charge and has an Arab Mansour Abbas as the Deputy Prime Minister. Depending on how long the Government will last, the composition of the government indicates a centrist approach.

The recently concluded G-7 meet at Cornwall, United Kingdom has proposed a Build Back Better for the World (B3W) which basically is a proposal to counter the Chinese Belt Road Initiative. India has not joined the BRI and its current pragmatic political stand has led to her forming a part of major consultations worldwide.

Defence cooperation with Israel has strengthened our national security. Modernisation of the three services is an all-important task for the Ministry of Defence. Israel has provided us assistance to gradually modernise our Armed Forces and upgrade our combat capabilities.