In a bid to make a strong pitch to sell its Gripen fighter aircraft to Indian Air Force, Swedish Defence Minister Peter Hultqvist said that the deal is 100 per cent supported by the Swedish government. “The ongoing multirole fighter aircraft procurement where the Gripen fighter concept offered by SAAB is a good example of transfer of technologies and is supported 100 per cent by the Swedish government,” Hultqvist said while addressing a webinar hosted by the Society of Indian Defence Manufacturers (SIDM) on 8th June. Renewing the offer, the Minister also reminded the Indian government in presence of his Indian counterpart that Swedish Prime Minister Stefan Lofven had conveyed the same message to Prime Minister Modi during an online bilateral summit in March this year. 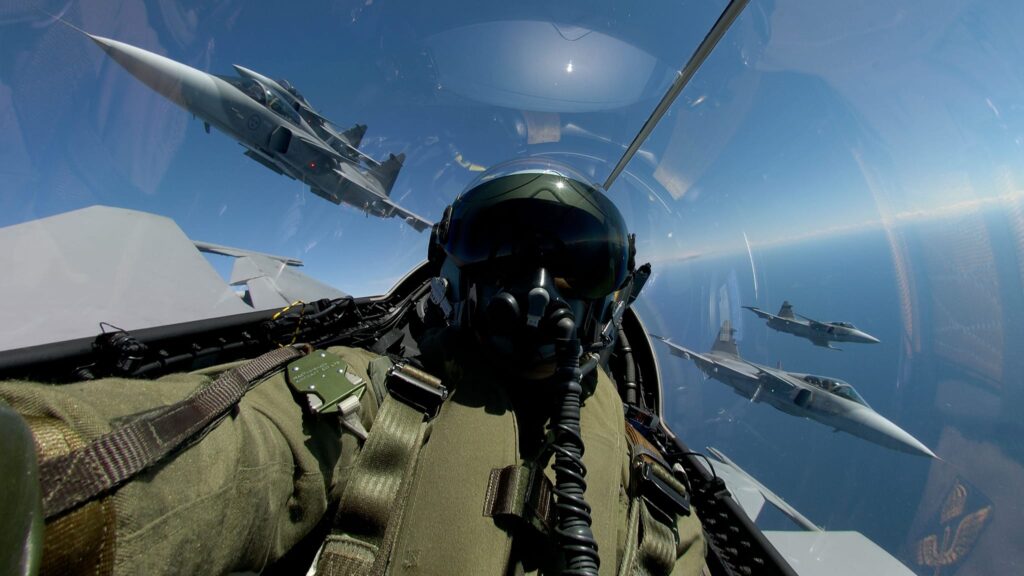 Swedish major SAAB, a global defence and security giant, has been eyeing the Indian market for its Gripen fighter jets for a long time. It has been pushing hard on multiple occasions in the recent past that it is completely aligned with the ‘Make in India’ policy of the Indian government. Saab has also promised to build a production line in India to meet all requirements of the Indian Air Force.

Indian Air Force has issued a tender to acquire 114 Multi-Role Fighter Aircraft worth over $15 billion to replace its Soviet-era MiG fighters as well as make up the numbers in its depleting squadrons. American Lockheed Martin’s F/A-18 and F-21, and French Dassault Aviation’s Rafale, Russian MiG-35 and Sukhoi-35, and Eurofighter Typhoon are among the manufacturers expected to compete for India’s fighter order. The fighter jets must be largely built locally as part of the Make-in-India drive to build a global defence manufacturing hub in India.

India’s Defence Minister Rajnath Singh pitched for more Swedish investment in India during the event on “India-Sweden defence industry cooperation- capitalising opportunities for growth and security”. “There is a lot of scope for Sweden and Indian defence Industries for co-production and co-development. Indian industry can also supply components to Swedish Industries. Swedish firms such as SAAB already have a major presence in India and I am confident that other Swedish firms will find India as a major investment destination for Defence Manufacturing,” he said.

Rajnath Singh said that the bilateral trade and investment have grown from $3 billion in 2016 to $4.6 billion in 2019. He reiterated that both the countries have major scope for co-production and co-development. He invited the Swedish firms to invest in the dedicated Defence corridors of Uttar Pradesh and Tamil Nadu, where they can benefit greatly from the unique incentives being offered by Central and State Governments, along with the availability of a highly skilled workforce in India.

Highlighting India’s advantages, he said the country has a vast defence industrial base with 41 Ordnance factories, nine Defence Public Sector Undertakings and expanding private sector industries supported by an ecosystem of over 12,000 Micro, Small and Medium Enterprises.  He added that Indian Defence Industries possess expertise on a wide range of high-tech defence systems for air, land, sea and space applications. “India has a robust shipbuilding industry. The ships constructed by Indian shipyards are of global standards and extremely cost-effective. India and Sweden can collaborate in the shipbuilding industry for mutual benefit,” he said.

As described by the Ambassador of Sweden to India, Klas Molin, there is tremendous potential in business and defence sector cooperation with India as around 200 – 250 Swedish companies are already co-developing and co-producing with Indian partners. With around 75 Indian companies also fully active in Sweden, the foundations for a robust strategic partnership between both countries is poised to grow further.