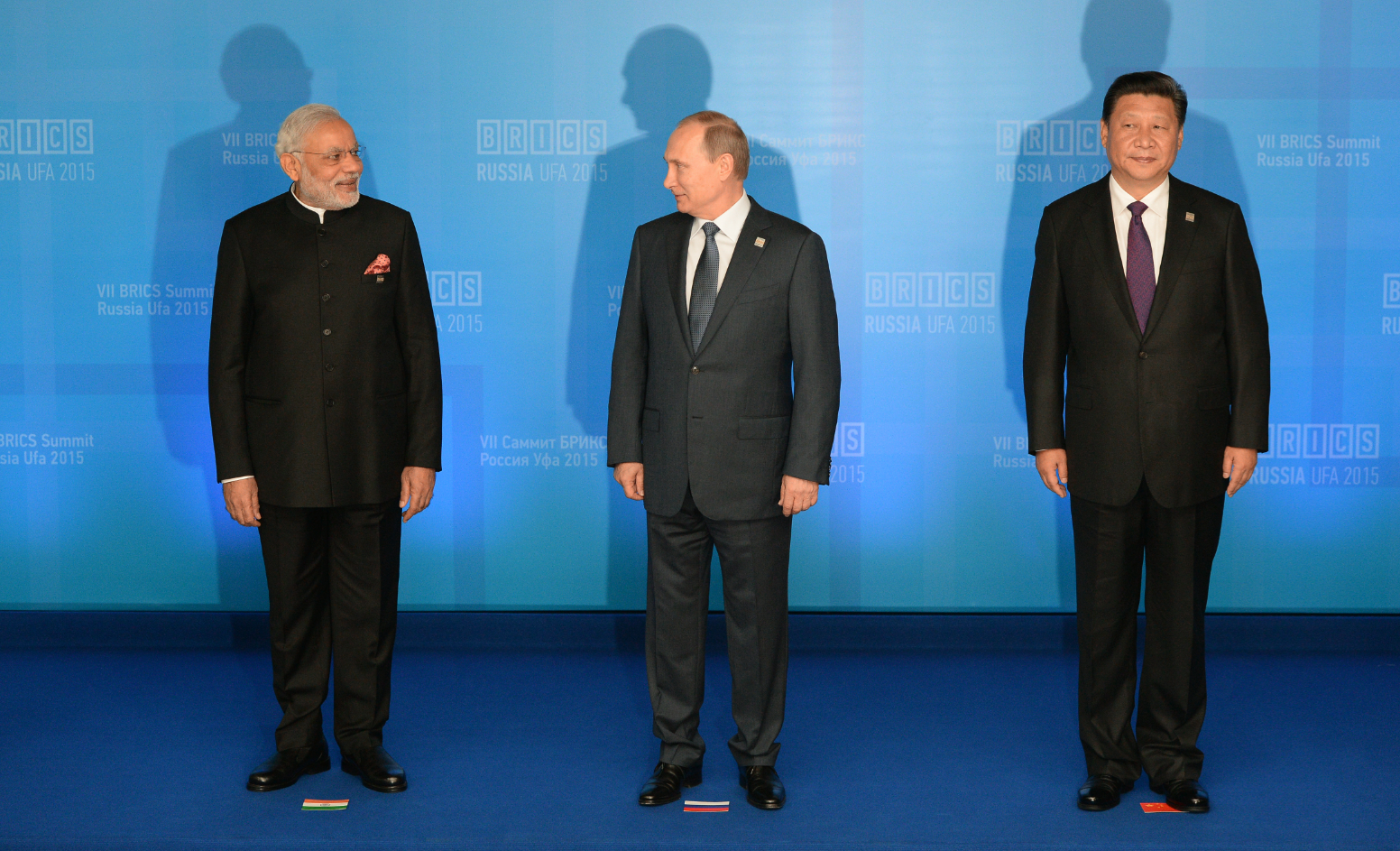 Indo-Russian relationship has a long history of being mutually supportive. India’s current improved relations with USA; the Russians getting closer to Pakistan and China has diluted the mutual trust between the countries. Global issues have also affected the relations. The Indian insistence on purchasing some top of the shelf military systems has not found favour with the Americans. Russians are as such reeling under sanctions and it’s possible that we will also come within the purview of some American sanctions, should we go ahead with the purchases. The author analyses the situation in the current context and brings in the Chinese dimension also, in his discourse. 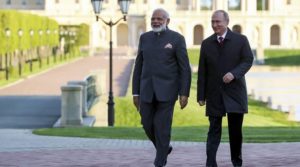 Speaking at the 1 June 2018 Shangri La Dialogue in Singapore, Prime Minister Modi outlined his security vision. On India’s relations with Russia, Modi articulated his commitment in no uncertain terms as,” It is a measure of our strategic autonomy that India’s Strategic Partnership with Russia has matured to be special and privileged. Ten days ago in an informal summit at Sochi, President Putin and I shared our views on the need for a strong multi-polar world order for dealing with the challenges of our times.” Earlier he had an informal Summit with President Xi Jinping that emerged as the Wuhan consensus to address key cantankerous issues.

Black Sea resort of Sochi is President Vladimir Putin’s favourite place to conduct most intricate and intense interactions. Prime Minister Narendra Modi was his latest guest of honour for an informal Summit.  PM Modi and President Xi Jin Ping of China had only met last month informally to iron out key differences in a new informal format that seems to have paid dividends through viable confidence-building measures. Instructions were issued at the highest level to de-escalate the tension and possibility of an untoward escalation that neither side really wanted.

Fortunately, with Russia the underlying tension did not fall in the same category. It was more to do with perception and trust deficit that had crept in over the years due to changing global dynamics.  Each side has tried to expand its outreach, sometimes with countries who are in direct diplomatic conflict with the other.

Russia’s enhancing engagement with Pakistan and India’s increasing proclivity towards USA, especially in the defence sector, appeared to be in direct contrast to the hitherto-fore held beliefs where each side seemed to have taken the other for granted. 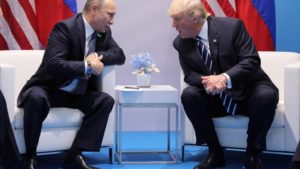 Although Boris Jonson sees some “method in madness”, of President Trump’s unpredictable kneejerk policy reactions tweeted effortlessly and concomitant non-reliability appears to have created concern among its partners and targets alike. Consistency and reliability in US international discourse is a casualty. Russia has emerged as a target of the US deep state and sanctions have become the order of the day.

USA’s withdrawal from the nuclear agreement (JCPOA) with Iran and impending most stringent sanctions against it have further compounded the Russian and Indian dilemma. Their interests will be adversely impacted apart from endangering global and regional peace. However, it is also in Russia’s interest that the bilateral relations between its two closest strategic partners China and India remain unencumbered and cordial so that they could have some convergence of views on the uncertain global threats. It was in this backdrop that President Putin invited PM Modi to Sochi for the informal Summit on May 21.

Since becoming President in 2000, Putin invested heavily in enriching relations with India. During the State visit of then Prime Minister Vajpayee in 2001 the bilateral relationship was elevated to strategic partnership with annual summits between the two leaders. This was the first with any country. Already there were dozens of other interactive mechanisms to address various concerns be it for trade, hydrocarbons, investments, rupee rouble issues, technology transfer, space or for that matter nuclear cooperation as well as the whole gamut of defence collaboration. India’s arsenal is constituted of almost 70% Soviet/ Russian origin equipment. Narendra Modi as the Chief Minister of Gujarat was part of the delegation and signed the twinning cooperation agreement between his State and Astrakhan. Over time the two strong leaders have developed respect for one another and enjoy a great bonhomie. This was again clearly evident during the Sochi Summit when one watched the two leaders discussing matters by themselves for hours on one to one basis. Breaking protocol, President Putin came to see off PM Modi at the Sochi airport. 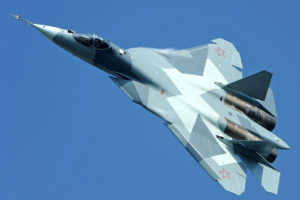 It is a given that over the years Sino-Russian relations have acquired much intensity and depth despite occasional disappointments and divergences of approaches. Delays in Kudankulam nuclear power project and in other proposed sites, shelving of FGFA (Fifth Generation Fighter Aircraft), supply of MMRCAs, poor performance and non-profitability of Russian major businesses in telecom and Oil & gas sector did frustrate the Russian leadership.

At the same time India also continued to lament the lack of assured access to Russian energy and hydrocarbons since it got a profitable stake of 20% in Sakhalin in 2002. It was only in 2015-16 that Indian companies were able to secure meaningful stakes in Rosneft and Gazprom. For India, energy security is of utmost importance in the medium term. There are many success stories too, like  Brahmos Supersonic missile joint venture.

The MEA statement prior to the PM’s visit to Sochi stated, “It would be an important occasion for the two leaders to exchange views on international matters in a broad and long-term perspective”. One could easily guess the areas interest both: US-Russia relations, India-US relations, situation in the West Asia including the Gulf Crisis, Syria and Palestine, US- North Korea rapprochement or lack of it, Afghanistan, Pakistan (in the context of terrorism), Indo-Pacific rivalry and Chinese and US posturing and above all impact of US action on Iran that impinges on both.

Underlying is the concern as to how India could continue to procure vital defence and technology including S-400 Triumf Air Defence system, joint production of Kamov-226 T light helicopters, stealth frigates and nuclear powered submarines and other strategic requirements from Russia and oil from Iran. How to pay for these in the wake of ensuing sanctions is a big question since both Russia and India have very close relations and projects with Iran.

Payment mechanisms had to be worked out in a format that averts the direct impact of sanctions. It was done last time with the assistance of the Russians but this time Russia is in the dock too. Russia and India collaborate in various formats including the trilateral RIC ( Russia, India, China ), multi-lateral BRICS, SCO, UN etc., in addition to  intense bilateral engagement. The question remains whether the countries are capable of  devising  their own SDR mechanisms or through their own currencies and banking systems to settle the accounts so that in the short and medium terms the adverse impact of the sanctions by western countries on either of the partners  could be alleviated.

The issue would have been discussed between Modi and Putin as US might invoke the Countering America’s Adversaries through Sanction Act (CAATSA) against India’s. On the other hand, stressed by sanctions, Russia wishes to secure its major markets.

Apart from the standard jargon the MEA statement underscored the agreement of the two leaders to strive for a multipolar world order for which they will intensify coordination and consultation especially under the aegis of the multilateral organisations. They also shared the view that India and Russia have an important role to play in contributing to an open and equitable world order. In this regard, they recognised each other’s respective roles as major powers with common responsibilities for maintaining global peace and stability.

They also paid specific attention to energy and economic cooperation even though trade in 2017 increased by 20%  and almost 40% in the first four months of 2018 which is a good sign. It was agreed to institute a Strategic Economic Dialogue between NITI Aayog of India and the Ministry of Economic Development of the Russian Federation, to identify greater synergy in trade and investment.

They noted with satisfaction the expanding cooperation in the energy sector and, in this regard, welcomed the arrival of the first consignment of LNG under a long-term agreement between Gazprom and GAIL, next month. The two leaders also reiterated the significance of longstanding partnership in the military, security and nuclear energy fields and welcomed the on-going cooperation in these areas. They also paid special attention to program of cooperation to fight extremism, terrorism and separatism.

Unlike with China, where the two separate statements appeared to reflect some divergence in the content and approaches, with Russia it was broadly on the same page. However, the sole exception that did not figure in the Indian statement was with regard to Organisation for Prohibition of Chemical Weapons (OPCW). Reportedly, while speaking to media, FM Lavrov mentioned that Russia and India confirmed that they will strongly oppose the politicization of the work of OPCW. It was indeed of greater importance to Russia given the UK incident and investigation into alleged chemical attacks in Syria. 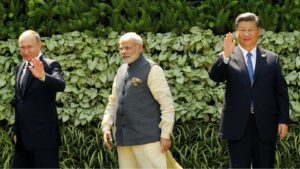 This informal summit was followed by Putin-Modi , Xi-Modi and Xi-Putin interactions at the SCO Summit in Quindao where India joined the high table for the first time and trade and terror are high on the agenda. India –Russia will again take stock during G-20 and eventually the bilateral summit in New Delhi later in the year that should culminate in the important understandings being converted to actionable roadmaps.

It’s imperative that each other’s sensitivities are respected, and, if possible, viewed as redlines. To avert any misunderstanding it is important that our essential discourses with other international players are predicated on our own national interests and perceived as such. A free and honest exchange at the highest levels tends to dent any negative perceptions. Russian Foreign Minister Sergei Lavrov called the Modi-Putin talks as long, frank and friendly. It is hoped that the Indo-Russian relations will benefit both countries. However, it is imperative that the relationship be based on real expectations and deliverables for it to sustain the tide of change.