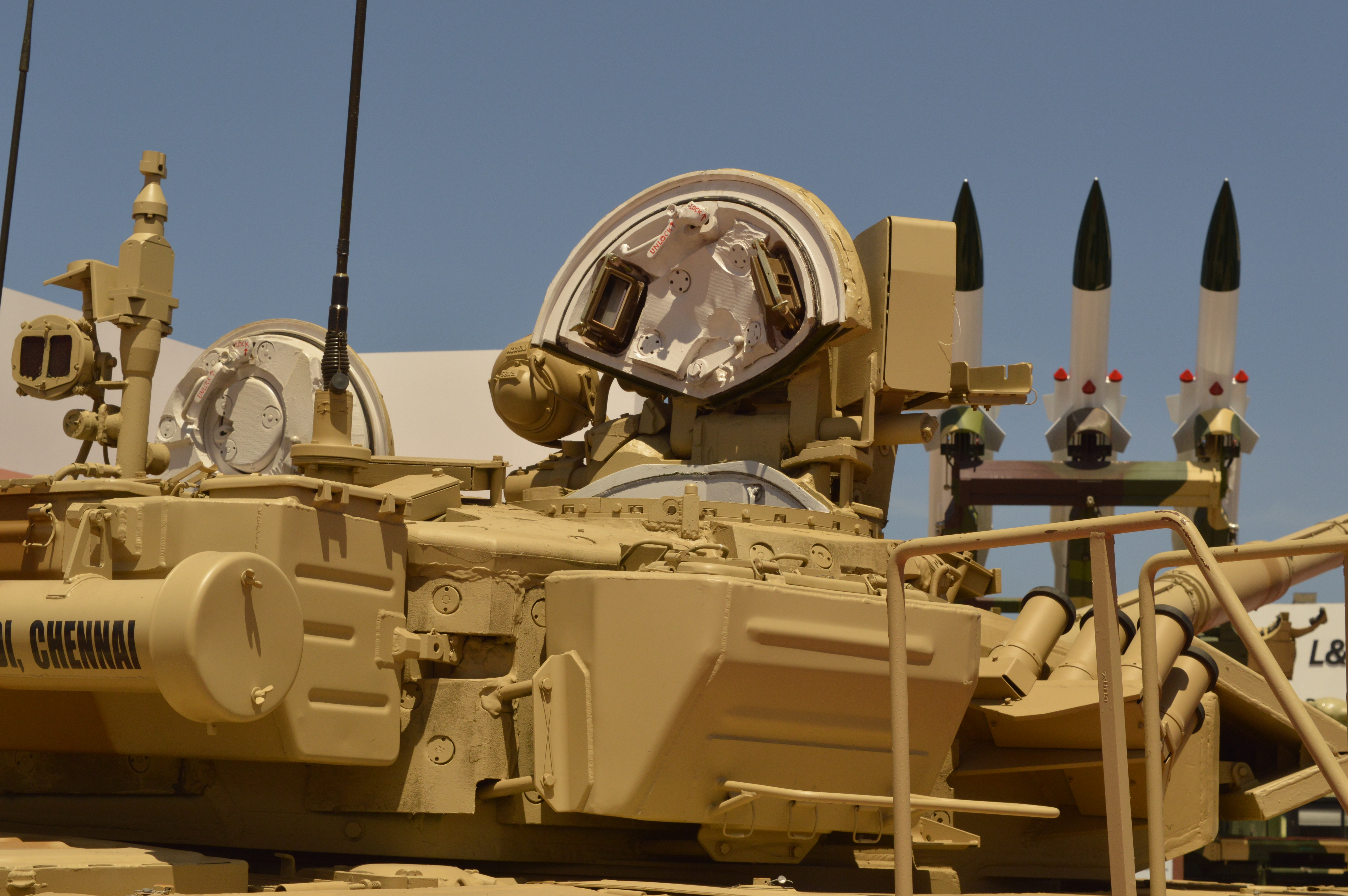 Defence Exports: An Opportunity; With Pre-Requisites

The recently released Draft Defence Production Policy 2018 aims to export defence goods and services worth 5 Bn USD approximately by 2025. After this one heard that the Raksha Mantri had summoned all our Defence Attaches to Delhi and instructed them to create markets for Defence exports abroad. For the first time in our history our Government is attempting defence-related exports. It is a major policy shift and a positive beginning. The follow through after the initial flurry needs logical sustenance. The various factors and issues which come into play need thought before one embarks wholeheartedly on defence related exports.

Defence Exports: An Opportunity; With Pre-Requisites

The new draft Defence Production Policy opens up two fundamental opportunities. The first is export of defence-related goods or services – a major strategic opportunity. The second is the clear opportunity to earn revenue and build a solid indigenous self-sustaining defence industry.  The financial issue is well understood since any earning by export will offset own defence expenditure. Once exports increase our indigenous defence industrial base will solidify. These are no brain teasers, however, the strategic opportunity needs to be grasped.

Signaling Intent. Commencement of defence exports should signal intent to the international strategic community that we have come of age as a regional power. We must have our own backyard secure and have clear red lines which other powers hesitate to cross. Resultantly, there are two sub-themes which need to be addressed. One is exports to secure our immediate neighbourhood and the second is to spread our influence beyond. 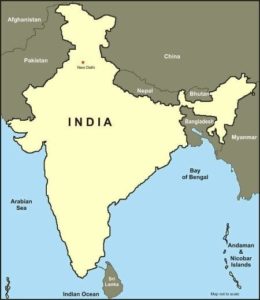 There is no denying of the fact that China has made major inroads in our immediate neighbourhood. Besides Pakistan, other “String of Pearls” countries equipped with Chinese weapons include Sri Lanka, Bangladesh, Maldives and Myanmar. I was once speaking to a senior Sri Lankan Officer. He mentioned that space for China and Pakistan was allowed by India’s refusal to arm the country during the LTTE days. Context understood. It is time that equation is reset. The officer also added that Sri Lanka would like to have weapons, equipment and training from India to rebuild ties.

A similar story exists with other neighbours also. So instead of lamenting, we need an export policy wherein all our neighbouring countries including Afghanistan are armed with our weapons and look towards us for their security requirements. Hither-to- fore all such attempts have been feeble and inconsequential in scale. Building defence related dependencies in our neighbourhood will enhance our security. The so-called “String of Pearls” will be converted into a Chinese overstretch. In a recent Walk the Talk show Shekar Gupta asked two Afghani Cricketers as to which country they would like to defeat always. Pat came the answer – Pakistan.  Defence exports to Afghanistan alone will keep the Pakistanis busy between the Durrand Line and CPEC.

Regional Opportunities.   Regionally, opportunities abound for defence exports in the West Asian conflict cauldron and the tension zones of South China Sea. Countries have visibly increased their defence expenditures as per latest SIPRI reports. Having interacted with some reasonably senior armed forces personnel of these countries I am confident that they look forward to have India as a defence supplier. The strength of our historical linkages, culture, soft power, economy and hard power will give us a walk over. When I was doing an international course in USA a decade back, whenever there was a discussion on any issue in which I expressed an opinion there was backing and acknowledgement from officers from countries as diverse as Qatar, Egypt, Yemen, Taiwan and Philippines. If we take a step forward on defence and security exports, we will be just sucked in. Imagine the strategic output –  energy security, marginalization of Pakistan, breaking the Chinese Hoodoo, revitalization of our defence industry and most important of all – the Indian Ocean Region will be truly Indian! India can be the true regional power of reckoning. However, some deeper thinking and diplomatic input will be required since we should be careful about whom to arm with what.

A Triad of Opportunities.   Approach to defence export opportunities must be based on a long-term triad. The triad consists of the equipment, services and training. Weapons and equipment export can be on first-hand basis or refurbishing of existing equipment – either of that country or from our inventory. Many countries cannot afford new equipment and hence would prefer the refurbishment route which suits their pockets and defence requirements. Refurbishment can be undertaken by Government and/or Private players. However, all weapons need ammunition and that will be a perennial demand.

Services could pertain to maintenance of equipment or building infrastructure. It goes hand in hand with weapon export. The third component of the triad is military training. It is the soft component force multiplier. Training is our great strength. Defence export and training must be combined to create long-term dependencies and alliances. Military Training conditions the way people think and alters behaviours. However, I know for sure that we are not able to meet the training needs of many countries as it is. Before we embark on weapons export, expansion of our training capacities is mandatory. We need to think beyond the box to enhance our training capacities. Resultantly integration of Services deeply in this enterprise is a given. 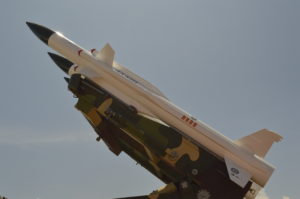 Defence exports must take place under a well-stated policy which also signals strategic intent. It must integrate and be driven by all stakeholders. At the government level, it is visualised that the Ministries of Defence, External Affairs and Home will have to lay down the major policy directions based on our National Interests.  At the MOD level, the stakeholders must be the MOD, DDP, Service HQs and any nominated Industry body. DDP can be the nodal department but it cannot row this boat alone.

The Foreign Military Sales documents of USA and the export architecture of Rosoboron Exports of Russia can serve as guidelines to evolve our own system. Exports should take place strictly under this architecture lest everyone pulls in different directions. Industry (Public or Private) should not be allowed to run around like mavericks and start peddling their equipment to other countries. The ramifications of such action will be serious. Invariably it will result in loss of national credibility. This point is specifically being made since the major constituents of the DDP viz OFB and DPSUs have narrow visions, one-dimensional views and tend to be self-serving. They must be made to look beyond themselves.

Capacity Analysis.   A careful capacity analysis and audit should take place. It can not happen that we are exporting items which we are short of, like ammunition. Also, capacities should not be diverted for export at the cost of domestic utilisation. First-  fulfill own needs. Most importantly it needs to be borne in mind that countries will not buy items which are not already in use in our country. Hence the mandatory goal post which must be passed through is meeting own Services QRs and induction of equipment in our Services. In this regard, there is a considerable distance to cover. Also, export should not be used as a fig leaf cover to maintain entities which otherwise should have closed. 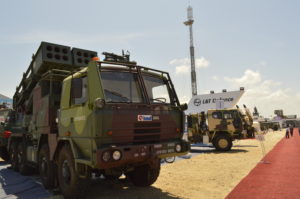 A major issue will be pricing. Our Defence Industry has got into the habit of being terribly overpriced. Runaway inflationary pricing mechanisms which are very opaque has become the norm for some time now. Our audit and financial regulators have been unable to see through the fog for reasons I have never understood. As a result, the Indian Armed Forces are being bled white financially. This trend cannot continue when we enter international markets. We will be priced out by others/adversaries who are more experienced. If we must go into the international market on a competitive basis we have to have our pricing and financials right. Of course, the re-branding and name tag production exercise which some of our defence industry is quite adept at, cannot be replicated. We will be exposed as hollow.

Security Implications. The real clinch will be what weapons and equipment to sell or export. The security implications must be understood and evaluated. We have a few technologies which we have mastered and can fetch handsome results. However, on the flip side can this technology be exported without adequate checks and balances? In some cases, these technologies cannot even be thought of for export. In any case we cannot end up compromising our weapon systems through our exports. For instance, we had an export request for the indigenous Swati Weapon Locating Radar (WLR) when I was in service.  I turned it down simply because technologically this was equivalent to the latest mark of the ANTPQ37 WLR. USA made us go through all hoops a decade and a half back before they sold us an almost vintage mark of this radar.  We can never part with such technology or equipment. Our adversaries will be devising methods to lay their hands on our latest weapon systems through third parties as and when exports open.

Volumes.  It must be clearly understood that defence export volumes will be small, but the range will be diverse. This is simply because countries who might import from us will invariably have small security set ups and consequently their needs will be small. However, once we establish a line of export for any product and develop a reputation there will be a bounce effect and volumes will grow. It will be a game of patience.

Quality.   One critical issue on which I would like to caution our people in power and policy makers is Quality. Our Defence Industry is notorious for poor quality. The Public Defence Industry is beset with this problem historically. In fact, it does not have a sense of pride in the weapons and equipment it produces. Look at the accidents which happen with many of our systems. It is shameful. The lesser said the better. On the other hand, the Private Sector started of well, but they seem to be acquiring contagious bad habits on quality. Reliability, Quality and Dependability are paramount in weapon systems. If this is not ensured exports will simply not take place. A renewed focus on this issue will be necessary.

The intent of the MOD to open export of Defence Equipment and Services is welcome and overdue. However, the intent being stated through the DDP gives the impression that the strategic aspect is being missed out. Are we missing the wood for the trees?  The strategic opportunity should be grasped with both hands. While the intent is great, the threat will be delivery with quality. Quality is the pitfall of our indigenous defence production system. I would bring to notice of all concerned that our defence research and production system has a poor reputation which must be and can be turned around. Due focus must be given to this aspect. Of course, the services must play a huge part. If any attempt is made without the services on board, it will be a failure.