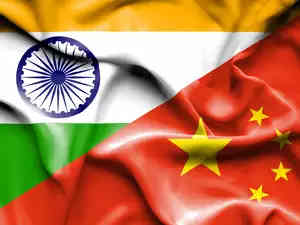 The Worst-Ever Violent Face-Off at LAC: Sequence of Events

The simmering tensions along the LAC in the Galwan Valley between India and China took a violent turn on the night of Monday 15 June in which the Indian Army lost one officer and two soldiers according to a brief statement issued by the Indian Army. “During the de-escalation process underway in the Galwan Valley, a violent face-off took place yesterday night (Monday) with casualties on both sides. The loss of lives on the Indian side includes an officer and two soldiers,” it added. The statement also informed that “senior military officials of the two sides are currently meeting at the venue to defuse the situation.”

Later in late Tuesday night the Indian Army released an official statement and said “Indian and Chinese troops have disengaged at the Galwan area where they had earlier clashed on the night of 15/16 June 2020.”

The death toll was also revised to confirm17 more having succumbed – “who were critically injured at the stand-off location and exposed to sub-zero temperatures in the high altitude terrain, taking the total of killed in action to 20.” The Army statement further added, “Indian Army is firmly committed to protect the territorial integrity and sovereignty of the nation.”

Meanwhile, Indian intercepts reveal that the Chinese side also suffered major casualties, totalling 43, including dead and seriously injured, in the brutal face-off in the Galwan Valley. According to the sources, Chinese helicopters were seen airlifting casualties along the LAC on 16th June.

It was the first loss of lives along the disputed India-China border in the past 45 years. China, meanwhile, has alleged that the Indian troops “crossed the border” twice on 15 June and provoked and “attacked Chinese personnel” which led to serious physical conflict between the two sides. The Chinese Foreign Ministry also urged India to “strictly restrain its frontline troops from crossing the border or taking any unilateral action that may complicate the border situation.”

The last fatalities at the Line of Actual Control (LAC) had happened in 1975 when an Indian patrol was ambushed by Chinese soldiers in Arunachal Pradesh. A violent clash between the two sides on the border had also taken place in Nathu La in 1967.

Tensions between the two armies have been brewing at the borders since reports of a scuffle between the soldiers of both sides at Pangong Tso in eastern Ladakh and Naku La in Sikkim, early last month. Both the armies have since mobilised and reinforced forward positions and moved up heavy military equipment along the Line of Actual Control (LAC).

Apart from two brief official statements issued by the Indian Army, the details of the situation in the Galwan Valley are hazy. There is an official confirmation about the deaths of Colonel B Santosh Babu, Commanding Officer (CO) and 19 soldiers in the violent clash on Monday night.

According to sources, in compliance with the agreement reached on 6 June between the Corps Commanders of India and China in a meeting held in the Chushul-Moldo region, the 16 Bihar Regiment, which is deployed in the area, was waiting at the Patrol Point 14, led by its Commanding Officer, to ensure that the terms of disengagement were being met by the Chinese side. The Chinese side needed to go back to Post 1 which is 5km to the east from Patrol Point 14, on their side of LAC, according to the disengagement plan.

As dusk fell, dozens of PLA soldiers suddenly turned back and attacked the Commanding Officer (CO) and two of his soldiers standing next to him with iron rods and stones injuring them grievously. The suddenness of the attack took Indian troops by surprise and the moment the CO fell to the ground, the rest of the Indian soldiers and the company further behind, got into a fight with the Chinese soldiers. The Chinese also brought in more reinforcements to take on the Indian battalion. Fisticuffs, jostling, pelting of stones, and blows with iron rods were exchanged at an altitude of 15000-16000 feet.

The fight went on till midnight, according to the sources, with soldiers going helter-skelter from both sides. Both sides were chasing each other and fighting, though no shots were exchanged. Yet, the grievous injuries on both sides did the heavy damage. The Chinese troops came prepared with iron rods, sticks studded with studs and metal tips and stones.

Exhausted, both sides dispersed after midnight. In the morning, senior officers from both sides rushed to the spot and held meetings at the level of Major Generals from either side to diffuse and de-escalate.

Undoubtedly, the killings of an Indian Army Commanding Officer and 19 soldiers in the Galwan Valley in eastern Ladakh, the first such incident in the last 45 years,is a massive escalation in the five-week border row.