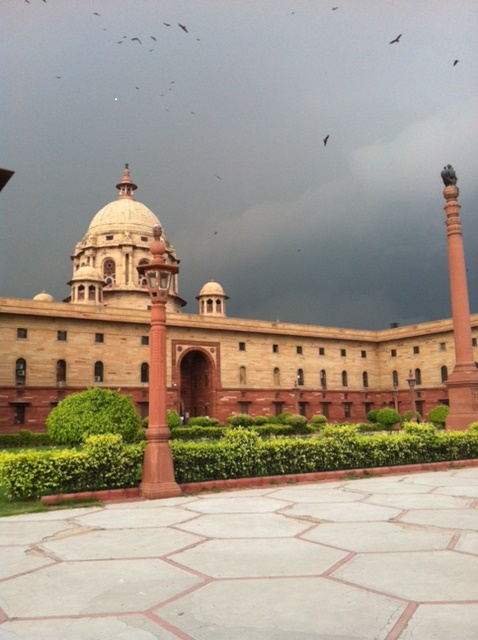 Theaterisation Under the Overhang of Naam, Namak Aur Nishan

Why does a nation of 1.3 billion people, a multicultural, multiethnic and chaotic democracy with shades of excellence individually, continue to fail us collectively in joint endeavours for the national good? A question that begs for answers from our 1.3 million-strong military community, which boasts of many legends and stories of indomitable valour and courage, is the one that has been the subject of much acrimony and public debate in the recent past: “Theaterisation” of existing silos of the Army, Navy and the Air Force. While it is a given that each service has its unique ethos, culture, doctrine and operational philosophy and the endeavour to achieve its goals and objectives is non-negotiable, universally across the services, why can they not see eye to eye for the greater national good?

At the national and strategic level, one has to rise beyond turf wars and battles for a command of theatres to be able to see what best serves the national interest. The officers and men of each service come from the same stock, joining each service at a young and impressionable age, growing in the organization and imbibing the service ethos and culture which gets so deeply ingrained that it becomes difficult, though not impossible, to shed as years go by. It is a truism that one’s views and opinions are based on perceptions and these, in turn, get formed by what one sees and hears. Professional knowledge and acumen at the tactical level, for individual service-related warfighting, is not only essential but mandatory if one has to be successful as in a war you cannot be ‘runners up.’

However, as one grows in service every professional has to rise beyond the tactical level to see how the punch can be made stronger and lethal for the adversary. This is where maturity and sagacity come in and this has to be visibly acknowledged and displayed by the senior leadership at the helm. There is sound reason and logic for Brigadiers and above in the Indian Army to shed their regimental loyalty and affiliation to the uniform that they wear. This change was initiated for the greater good to enable senior officers to not only think of themselves as representing the Indian Army as a whole and not their specific regiments but also rise beyond parochial affiliations to think at the strategic level.

The problem however is that this change remains in the wearing of uniform only and therefore superficial, while platitudes are expressed to display the shedding of regimental affiliations. These regimental affiliations serve extremely well up to the battalion level where “Naam Namak aur Nishan” is the ethos followed by the soldiers who willingly make the supreme sacrifice in order to strive for the good name of their country (Naam), the salt that they have partaken (Namak) and the glory of the regimental standard (Nishan).

The pride that the regiment feels when one of their rises in service to star ranks is akin to the joy of proud parents seeing their wards doing well in life. However, if one were to turn this around to ensure one’s wards succeed when you are in a position to do so, it would invariably be at the cost of some deserving people losing out. In the larger scheme of things, this does not bode well for meritocracy.

If one were to look at numbers and the land borders that the nation has to defend, the primacy of the Army cannot be underscored. If one has to learn from the history of conflicts, even then there is no doubt that boots on the ground are an inescapable necessity to hold conquered territory. Since warfighting began on land the primacy of the Army as the “senior service” also remains irrefutable. However, if one were to imply leadership of the Army to wars and future conflicts then it’s missing the wood for the trees. Maybe simplify this sentence a little bit.

Any future conflict will have to be fought in unison and therefore the ability to understand each other’s weaknesses and strengths is imperative before structures get created with specific land, maritime or air defense domains, along with single service-specific leadership roles. If we are unable to shed our loyalties to regimental affiliations, pray how would we be able to rise above the pursuance of single service interests? There exists an immense trust deficit at the senior leadership level which basically stems from our perceptions; right or wrong is not important as long as the individual’s service benefits!

What then is the solution? To begin with, there has to be a deeper and better understanding of how future wars would be fought. The domains of cyber, space, communications, drones, artificial intelligence etc., are going to be an inalienable part of any future conflict. These domains would spread across the country without confining themselves to any particular theatre. It is only when all the stakeholders understand the core traits of each domain. The resources that are available, plan jointly, have faith and trust in the capability and capacity of their own teams, would there be a reasonable chance of gaining victory.

If, however, we first create structures based on domains – land, sea or air, and then impose service-specific leadership, the trust and faith in the rank and file would not automatically ensue. Any organization that does not trust its leadership is bound to fail. The cost of failure of the military, which in any case is the last arrow that a nation has in its quiver would prove to be fatal and a loss that any nation can ill afford. There has to be a deliberate and detailed analysis of the nature of future wars, our capabilities and capacity, how do we plan jointly and then execute seamlessly through leadership that is not only aware of each service’s strengths and limitations but is also empathetic to their concerns. Only then would we be able to truly and fully safeguard the nation, abiding by the credo of “Naam, Namak aur Nishan” wherein the “Nishan” would symbolise the national flag instead of the regimental colours.

If wise counsel and astute leadership were to prevail then there should first be a white paper that should clearly and unambiguously lay down a road map for the changes that are apparently seen to be being thrust down upon an unwilling service. Resistance to change is natural and instinctive, but if there is logic in the process and sound understanding of the manner of implementation including a cost-benefit analysis for the nation at large then there would be no reason to prevent it from happening.

The mettle of true leadership lies in treating every crisis as an opportunity to rise beyond parochial interests, for the larger good of the nation, and etching your contributions in history as those by sagacious leaders. Worth quoting William Shakespeare’s Julius Caeser – a discussion about military strategy between Brutus and Cassius – “There is a tide in the affairs of men, which when taken at the flood, leads on to fortune; Omitted, all the voyage of their life is bound in shallows and in miseries. On such a full sea are we now afloat. And we must take the current when it serves, or lose our ventures.” Thus, let us resolve to vindicate the faith reposed by the nation in its military.