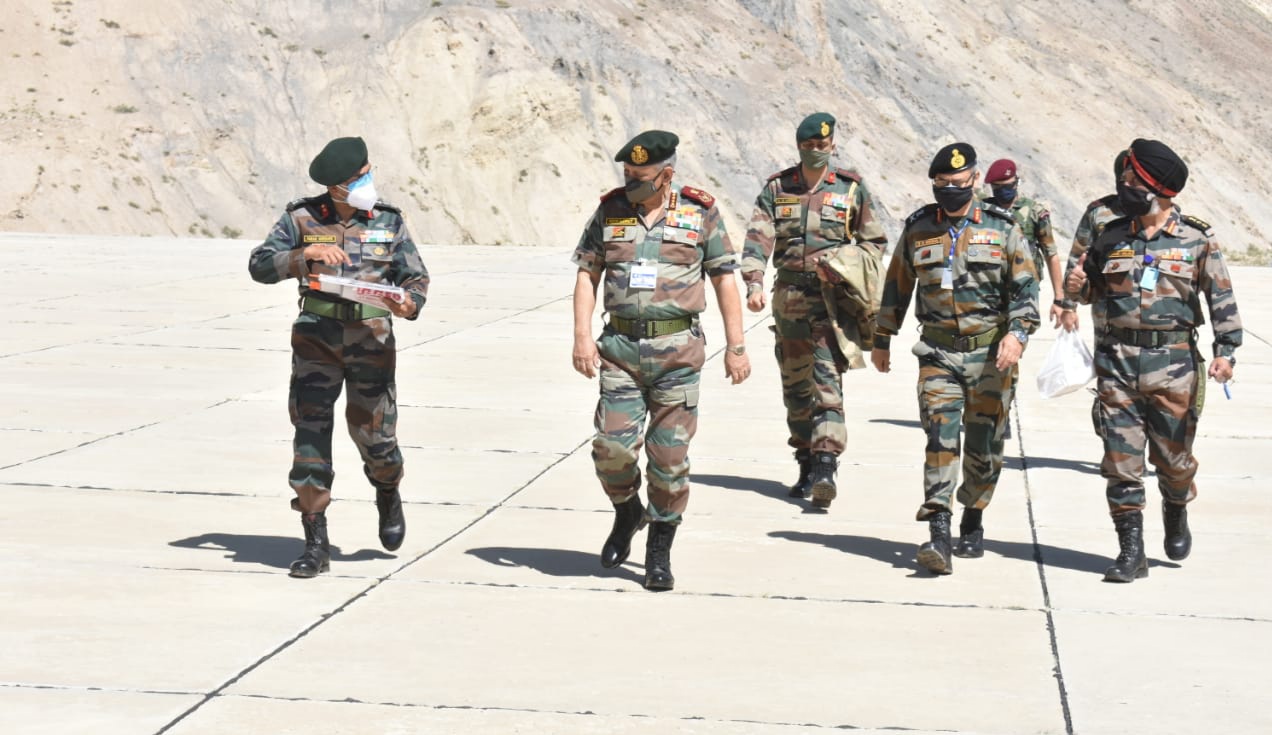 The debate over the creation of theatre commands has got a tad intense and unsavoury with statements of the Chief of Defence Staff and Chief of Air Staff during a webinar. Some retired veterans have jumped into the bandwagon with their long-held and predetermined ideas, not necessarily based on a rational and matured thought process. What is interesting is that one of the senior veterans has suggested constructive and greater deliberations and even questioned the comprehension and strategic wisdom of a senior functionary closely associated with the issue for years.

Indeed, these deliberations have been ongoing for nearly two decades now and have been stalled on each occasion because of our service-specific parochialism rather than long-term national security requirements. It is not that the Armed Forces have not performed when called upon in any contingency the point is how they can do it better and in sync with emerging security threats.

What needs to be understood is that it is the Nation and not any single service or for that matter only the Armed Forces that go to war. It is thus imperative that all elements of national power that are involved in facilitating or prosecuting the war in its entirety, are integrated. The first step in this process is the three services; Army, Navy and Air Force. No service can be termed as superior or secondary to the other.

Depending on the type of operation, a particular service may play a predominant role in that operation. While not intending to comment on the contestation of whether Air Force is a supporting service or not, being a supporting arm or service does not mean its contribution to mission accomplishment is any less.

It is after the Kargil conflict that the Artillery came to be known as God of War, and rightly so for the defining role it played in the capture of objectives. Often operational plans would have to modify based on the support that can be provided by the supporting arm/ service. Examples of Balakote and Surgical strikes as conflict options could be extremely misleading.

If we examine the wars that we have fought, be it 1947-48, 1965, 1971, the Kargil conflict, decades of counter-insurgency operations and indeed the skirmishes in Eastern Ladakh, standoff along the LAC at various points of time; the biggest casualty has been the integration of three services notwithstanding sporadic cases of effective joint operations largely attributed to personal equation amongst commanders rather than institutionalized structures and mechanisms. There are glaring examples of lack of intelligence sharing, delay and disconnect in force application, uncoordinated logistics support and even inadequate understanding of the operational environment.

It is not merely who fights the contact battle, integration also involves the domain of shaping the battlespace, intelligence sharing, casualty evacuation, logistics and tactical or strategic airlift capability. The common refrain of some “why fix something which is not broken” is indeed an alibi for a status quoist attitude. There is no doubt that all battles in the future will invariably be fought jointly. If that is so, do we not need to train jointly at every level and configure joint structure and mechanisms, so that we fight as we train?

There is also an agonizing argument suggesting that the entire country is one theatre and then meagre resources should not be split amongst theatre commanders thereby losing flexibility. It needs to be appreciated that theatre commands are not isolated silos and combat forces cannot be switched/ apportioned from one theatre to the other depending upon operational contingencies.

In fact, the flexibility of airpower to be able to rapidly switch between theatres should firmly negate such misplaced apprehension. Even in the prevailing organizational structure, air assets are placed under different Air Commands without apparently affecting their cross-theatre application. Apportioning forces to a Theatre does not mean that there can’t be reallocation. Initial allocation of forces is invariably a function of most likely contingencies based on objective threat perception. The terrain configuration in India is vastly diverse and impacts the operational performance of men and machines. Thus, geography along with long-disputed borders does play a role in assigning responsibility to theatre commanders.

Theaterisation is against turf preservation and in the interest of resource optimization and utilization. Further, dwindling defence budgets/economic constraints cannot support multiple institutions/infrastructure/assets which are to be utilised towards a common objective.

Save the training at National Defence Academy and a much-limited scale during the Defence Service Staff College, Higher Command Courses (including Higher Air and Naval Command Courses) and the National Defence College, where the practical training component is only a fraction of the total content, the joint planning and training at the cutting-edge level is perfunctory and inadequate.

Attack helicopters, which are indeed the manoeuvre element of a ground force in a manoeuvre battle, are seldom available for training. Similar is the case with tactical and strategic airlift capability, surveillance and target acquisition potential and even sharing of airstrips for Unmanned Aerial Vehicle (UAV) operations.

The range of equipment and expertise that can be shared for force optimization is endless. An all-out war against one or multiple adversaries is only one amongst many contingencies (maybe the most unlikely one) that many necessitate full and unrestricted use of combat power. A theatre specific application of combat power rationally mandates a theatre commander with all resources under his command for the joint application so that he doesn’t have to look over his shoulders to achieve the military objectives assigned while catering for calibrated escalation.

It is a moot point that each of the three services has a cyber-agency that caters largely for the protection of own assets and very limited offensive capacity. There have been recent efforts at raising a Defence Cyber Agency and subsequently Cyber Command with very limited success. The amalgamation of efforts of all three wings of the Armed Forces and even the civilian capability in the protection of critical infrastructure in the cyber domain is a logical approach to the development of potent cyber capability.

Selective application of the logic of US Armed Forces depending upon one’s extremely inflexible and hardwired views only tends to send the ‘clear stream of reason to lose its way into the dreary desert sand of dead habits. Core competency in weapons is required for tactical and sub–tactical leadership. Theatre level commanders with a wide spectrum of experience and knowledge ought to develop expertise in force application at the theatre level. The fear of losing some higher ranks, which seems to be the overriding rationale for resisting transformation must be shunned. Once the concept of theatre commands matures with matching the core competency of the leadership, it would not matter which theatre is commanded by which service.

Organisations, especially Armed Forces all across the world, by nature and traditions are reluctant to change. Often, being a conformist or a status quo is rewarding. It is not difficult to fathom why the Goldwater-Nichols Act had to be forced down the throat of the US Department of Defence. Unfortunately, the civil bureaucracy and the political leadership in India are not on the same page as in many other democracies (including the US) as regards their knowledge and expertise concerning matters military. It is thus imperative that the restructuring and transformation process is a consultative effort within the military. Theatre Command is the way to go forward. We do not have a choice!