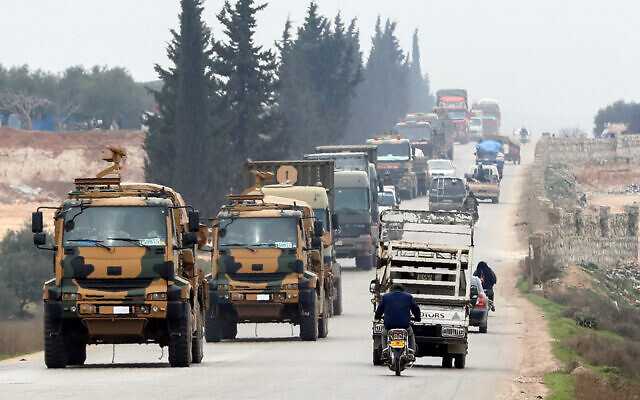 The Syrian military threatened to down any aircraft over northwest Syria after Turkish drone strikes killed dozens of pro-regime forces in the embattled region.
“Syrian military high command announces the closure of the airspace for planes and any drone above northwestern Syria and especially above the Idlib region,” state news agency SANA reported a military source as saying.