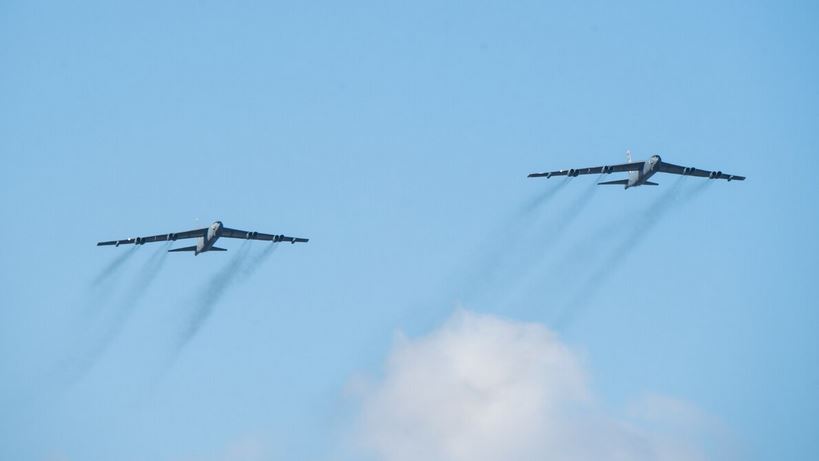 WASHINGTON — In a new show of military might, two American bomber aircraft flew from the United States to the Middle East on Thursday, in a round-trip mission that U.S. officials said covered a wide swath of the region and was a direct message of deterrence to Iran.

The flight of the two massive B-52H Stratofortress bombers, the second such mission in less than a month, was designed to underscore America’s continuing commitment to the Middle East even as President Donald Trump’s administration withdraws thousands of troops from Iraq and Afghanistan.

The long-range heavy bombers, which are capable of carrying both conventional and nuclear weapons, are a formidable sight and are flown less frequently in the Middle East than smaller combat aircraft, such as American fighter jets. Adversaries often complain about bomber flights in their region, deeming them a provocative show of force.

“The ability to fly strategic bombers halfway across the world in a non-stop mission and to rapidly integrate them with multiple regional partners demonstrates our close working relationships and our shared commitment to regional security and stability,” Gen. Frank McKenzie, the top U.S. commander for the Middle East, said in a statement.Read more…