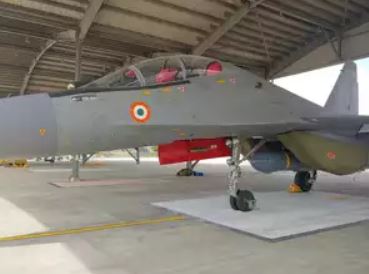 Why India is placing Su-30 fighter jets in South India

Tamil Nadu’s Thanjavur district will be home to a lethal fighter squadron that will play a key role in keeping China’s growing clout in the Indian Ocean region in check. On Monday, the IAF commissioned the 222 squadron, also known as ‘Tigersharks’, for their Thanjavur base. The squadron has six Su-30s specially modified fighter jets, each carrying the 2.5 tonne air-launched supersonic BrahMos cruise missile.

Why Thanjavur?
The squadron in Thanjavur will keep in check China’s fast-expanding strategic footprint in the Indian Ocean Region (IOR). Beijing is shoring up its presence in the area. It has set up its first overseas military base in Djibouti on the Horn of Africa in August 2017, and also uses Karachi as a regular naval facility.