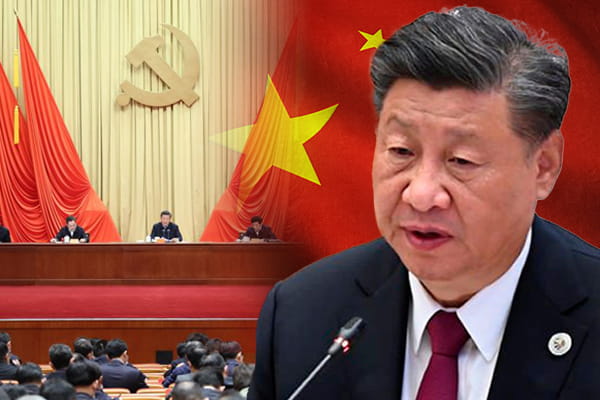 A Peep Into China And Emperor Xi: Sans Hostility And Hyperbole

“Most autocrats control the words and deeds of their subjects. Truly ambitious leaders want to guide their people’s dreams.” – ‘From ‘Xi Jinping amends the Chinese Dream’, The Economist, 10 November 2022

Xi Jinping was born a ‘Princeling’ to Xi Zhongxun, who once served as deputy prime minister of China and was an early comrade-in-arms of Chairman Mao. In Chinese parlance, father Xi could be considered somewhat of a rebel and reformist. He was often out of favour with his party and government, especially before and during the Cultural Revolution (1966–76). He was one of the rare voices who openly criticised the government’s actions during the 1989 Tiananmen Square incident.

After spending his initial years in comfort, in 1969, Xi Jinping was moved to the countryside (Shaanxi province), where he survived for six years doing manual labour. As a natural leader, he developed enduring relationships with the peasantry, which continued to enhance his image and credibility throughout his life.

Climbing the Ladder within the CCP

In contrast to his reformist father, Xi had a reputation for prudence and discretion and for following the party line. Immediately upon joining the Communist Party of China (CCP) in 1974, Xi studied and completed his chemical engineering at the prestigious Tsinghua University in Beijing as a worker-peasant-soldier student. His progression was pretty smooth due to his status as a princeling, akin to children of actors in India who join the cinematic profession.

The first assignment was a golden spoon as secretary for three years to Geng Biao, Vice President and Minister of National Defence. Other prized positions steadily followed; Deputy Secretary in Hebei province; Party committee member and Vice Mayor of Xiamen (Amoy) in Fujian province; married well-known singer Peng Liyyan in 1987; by 1999, acting Governor of Fujian and its Governor in 2000; Governor and party secretary of Zhejiang province in 2002; specially selected as Party Secretary of Shanghai due to corruption of higher echelons; in October 2007 elected one of the nine Politburo members under Hu Jintao; Vice-Premier in March 2008; Vice Chairman Central Military Commission (CMC) October 2010, re-elected to seven-member Standing Committee in Politburo in November 2012. Succeeded Hu as General Secretary plus Chairman of the CMC on 15 November 2012 and ascended the Summit on 14 March 2013 during the 12th Party Congress when voted the President.

Xi assumed the Presidency with the inspiring promise of accomplishing the ‘Chinese Dream’. Undoubtedly, since becoming President and even earlier, Xi has enjoyed a very high popularity rating with the urban and rural classes alike. He delivered and improved their quality of life immensely, and the spectacular economic growth continued northwards like his predecessors. Controls and restrictions imposed on them were accepted as part of the package and a small price to pay.

He addressed headlong the key issues of corruption, crony capitalism and even inequality among the ‘haves and have-nots’; and added the heady concoction of nationalism and increasing global status by showcasing China’s rising comprehensive national power (CNP), in which the hard military power and leadership in niche and disruptive technologies was proudly touted. The image of China, the global export factory with the wealthiest and most generous aid package to assist countries, especially the global South, without any restrictions or pre-conditions added to his lustre.

CCP First Always and Every Time

The breakup and collapse of the Soviet Union deeply affected Xi. In December 2012, soon after becoming General Secretary, Xi gave a closed-door speech to cadres in Guangdong Province, excerpts of which were leaked and published by a Chinese journalist in early 2013. “Why did the Soviet Union disintegrate? Why did the Soviet Communist Party collapse? An important reason was that their ideals and beliefs had been shaken. It’s a profound lesson for us! To dismiss the history of the Soviet Union and the Soviet Communist Party, to dismiss Lenin and Stalin, and to dismiss everything else is to engage in historical nihilism. It confuses our thoughts and undermines the Party’s organisations at all levels.”

The Central Committee issued Document No. 9 in April 2013 (formally titled “Communiqué on the Current State of the Ideological Sphere”) to party cadres that have proved to be a foundational text of the Xi era.” The message was unambiguous; Western countries conspire to infiltrate, subvert, and overthrow the CCP, so the party must stamp out Western “false ideological trends,” including constitutional democracy, the notion that Western values are universal, the concept of civil society, economic neoliberalism, journalistic independence, challenges to the party’s version of history, and competing interpretations of the party’s “reform and opening” agenda.

“In the face of these threats,” exhorted Document No. 9, “we must not let down our guard or decrease our vigilance.” It must be noted that CCP has never tolerated challenges to its political or ideological authority or shied away from harsh enforcement of its policies. However, during four decades of economic rise and reopening to the world, there was always space for entrepreneurs and the personal ambitions of hundreds of millions of individuals.

The gradual shift to Authoritarianism and increasing Internal Control

During Xi’s second tenure, he frequently expressed alarm at rising inequity and increasing liberties and exposure to the West. In 2015, Xi started by initiating stricter party control on religion. At the 19th Party Congress, He (Xi) highlighted the repercussions of “unbalanced and inadequate growth” and pledged to “adjust excessive incomes”. He enunciated and initiated the policy of “common prosperity” (egalitarian but populist agenda).

Last year. He banned ‘for-profit tutoring of schoolchildren, including online language teachers logging on from abroad, which the public unanimously hailed (especially middle income and rural population). Xi also took concrete steps to deflate speculation in ‘real estate’ and cut the wings of elite oligarchs like Jack Ma, which did trigger a ‘crisis of confidence’ in the markets with a global impact.

He started micro-managing by even restricting online video-game platforms to youth, and sharply reducing screening of foreign films, especially from the West. His recent statements to internal and external audiences leave little doubt that Xi would be willing to adopt “decisive measures” to suppress any dissent or actions that could weaken the CCP. All analysts agree that his statements and actions are governed by ideology and ensure the primacy of the CCP.

Xi has decisively centralised command, and control with him as the pivot replaced his most economically literate Politburo colleagues with diehard loyalists and enshrined the Stalinist-Maoist concept of “struggle” as a guiding principle in the Party Charter. The erstwhile slogan of ‘reform and opening’ appears to be side-lined. His governing style increasingly reflects a deep ambition to unify Taiwan with China, fear of subversion from within, hostility toward the United States combined with sympathy for Russia, and supreme confidence in the ultimate victory of communism over the capitalist West.

Despite adverse economic fallout, Xi wants to alter the ‘world order’ under Chinese domination. Combined with an aggressive and confident foreign policy of intervention geo-politically- diplomatically-militarily, Xi has relentlessly modernised his armed forces (allegiance to CCP), capable of fighting and winning by ‘intelligentising’ the battlefield. Under his leadership, China has achieved remarkable technological payoffs by fine-tuning civil-military fusion, and is accepted as a global leader in the field of artificial intelligence (AI), 5G telecommunication networks, big data, ultra-high voltage electricity networks (high-speed rail), satellite and anti-satellite tech etc., (niche and disruptive dual use).

Good or bad, President Xi, with a bit of help from Putin, has provided an alternate ideology and governance model to the world, which unsurprisingly is finding many takers, especially with autocratic leaders, and nations frustrated with the double standards of the liberal democratic value system led by the USA.

Xi and Street Protests: Metamorphosis into a Tsunami?

Since the last year, a gradually increasing wave of protests pan-cultural, pan-ethnic, and pan-China despite tight CCP control of the population and media is something truly BIG. After the initial support from the people on harsh COVID measures (especially being fed on how the world, especially USA and West, have fared), even the rural population had got frustrated given the slowdown of the economy, rising unemployment, especially amongst the youth, apart from a brutal crackdown with no regard to sensitivity or sensibilities.

Along with the anger over harsh COVID protection measures, voices calling for Xi and the CCP to step down suggests that an elusive but important psychological line may have been crossed, and protests could take on a larger political and social hue.

Xi acknowledging the seriousness and future implications of the protests socially and politically moved rapidly with the CCP announcing a major rollback on 7 December. Moving a step closer to scrapping its dreaded ‘Zero-COVID Policy’, and in light of the changing internal situation and the weakened virulence of the Omicron variant, the State Council or China’s Cabinet released new measures to optimise the response to COVID-19 further.

The new measures include: lockdowns limited to individual apartment floors and buildings; a strict ban on blocking fire exits and doors; reducing/scrapping the frequency of nucleic acid testing for entering public places; lifting COVID testing and health code requirements for domestic cross-regional travellers; infected individuals with mild or no symptoms allowed to quarantine at home or choose collective quarantine; areas identified as “high-risk” should come out of lockdown in five days; schools must remain open with student attendance, and so on.

Ease restrictions and risk thousands of COVID deaths or maintain the status quo and risk more social unrest and further damage to the country’s economy. The daily virus cases averaging around 30,000 a day could increase rapidly, and some experts even forecast a fatality figure of a million! The zero-COVID policy resulted in only 68.7 per cent of people over 60 and 40.4 per cent above 80 having taken three doses of vaccine.  Chinese population does not enjoy herd immunity, and its non-mRNA vaccine does not provide adequate protection. The economy, too, is unlikely to reflect a major quick uptrend.

Xi’s centralisation of power has put him in an exceptional position to challenge vested interests and advance difficult reforms. Unfortunately, Xi has shown little interest in such reforms, and instead, he is reviving the state-controlled systems which choke bottoms up entrepreneurship and growth. China always enjoyed ‘Growth with Corruption’. Xi’s campaign successfully struck fear into corrupt officials. Still, it did not remove the root causes of graft: the enormous power of the government over the economy and the patronage system in the bureaucracy. If Xi is weakened at home, is he likely to embark on adventuresome policies abroad or use harsher measures to snuff out domestic challengers? A slowing economy, rising inequity, internal dissension, and skewed demography, coupled with unprecedented barriers to Chinese capital and trade flows in the name of national security by the USA and allies, is a major challenge and obstacle for the ‘China dream’.

The West claims the shift was primarily driven by Xi’s changes to China’s model of political economy. Ironically decoupling from China with steps like the CHIPS and Science Act and Inflation Reduction Act will equally harm the USA and liberal democracies.

China is neither Russia nor Iran, and Xi is a pragmatic leader of the world’s ‘Second power’ in terms of CNP, especially economic (total global integration) and military power. His flexible response to internal protests, and vigorous geopolitical gaming globally, like in Africa and the Middle East, indicate that both Xi and China are gearing up for a long, hard and even vicious ideological and economic confrontation. It’s too early to even speculate on the outcome, whether any serious challenge to Xi within China would emerge or if the CCP hold could weaken. However, one thing is for certain – it’s the start of a turbulent period in Chinese and global geopolitics.