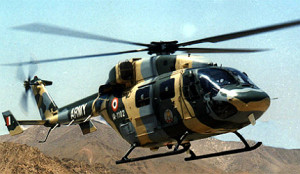 India, an aspiring power, has long harboured the goal of possessing a technologically advanced self-sufficient arms industry. While its economic power has expanded and its technological prowess in certain areas like information technologies has grown, India has not been able to create a world class globally competitive defence industry. Consequently, India is still saddled with a bloated, non- competitive, non- responsive military industrial complex, capable of producing only technologically inferior military equipment and that also never on time and mostly exceeding their original cost estimates. The result is that India still imports 70 percent of its defence requirements and the armed forces continue to grapple with outdated, vintage and obsolete weapon platforms like submarines, fighter aircrafts (Mig-21) and helicopters like the Cheetah/Chetak, MI-8 & Sea King.

Traditionally Indian armaments production has been entirely embedded within a huge Government run military industrial complex – nine Defence Public Sector Undertakings, 41 Ordinance Factories and the DRDO. The Indian Government has long been aware of the deficiencies affecting the defence industrial base and has pursued a number of initiatives recently to reform and revitalise the defence sector, one of the significant ones being the entry of the private industry. Despite these few modest reforms the vast bulk of defence & aerospace manufacturing still remains in the State’s domain. It is therefore surprising that a nation which stuns the world by putting a satellite in Mars orbit in its very first attempt, is dependent entirely on the western world and Russia for70 percent of its military hardware.

Make in India: Reality Check
The new Government’s ‘Make In India’ policy and increase in the FDI cap in the revised Defence FDI policy (from 26 percent to 49 percent) announced with a lot of fanfare during the Aero-India show in February this year was seen as a major step to revitalise the defence sector. However, despite the PM’s personal ‘Make in India’ mantra, very little has changed. This is evident from the fact that despite the Government increasing the FDI in the defence sector to 49 percent and its stated commitment to go higher than 49 percent in projects involving transfer of strategic technologies, there are almost no takers so far. So, why is it not working?

Despite various committees appointed, be it the negative fiscal environment including taxation, lack of critical infrastructure like roads, ports and power, antiquated labour laws and corruption continue to loom large. Manufacturing also requires a significant edifice of infrastructural support which is currently inadequate in India.

There is a lack of regulatory framework and policy especially in the General Aviation Sector which has a huge growth potential. In particular is the issue of high rate of service tax that has placed India’s Maintenance, Repair and Overhaul (MRO) industry at a disadvantage vis-a-vis MROs in Gulf Countries and South East Asia.

The biggest challenge in Make in India policy framework is the existing antiquated Research & Development infrastructure with severely constrained design capability and limited support both technologically and financially. The issue that needs to be addressed is whether the Government and DRDO are following the right approach and strategy for R&D and technological development and is DRDO the right vehicle for platform development for Indian Defence. What India needs is a Defence Advanced Research Projects Agency (DARPA) like research and development institution, as existing in the US.

Evaluation: Current Status
One of the key reasons behind this sorry state of affairs has been the complete sidelining of the Indian private sector by DRDO and DPSUs in design, production and maintenance leading to monopolies breeding complacency, arrogance and incompetence. Continued reliance on licensed production by many state owned enterprises especially the HAL has seriously compromised the domestic competence and capability to develop a product from scratch. Further, decision making in defence procurement is bureaucratic as against space and nuclear sectors where the respective Commissions report straight to the Prime Minister.

Global OEMs have developed sensitive and strategic technologies especially in the aviation sector related to engines, navigation, surveillance, avionics and state of art weapon systems over several decades, investing billions of dollars. It is a fallacy that these can be handed over to India without a majority control. The range of emerging technologies is so complex that even the US allows 100 percent subsidiaries of foreign defence OEMs like Airbus, BAE, Saab, Rolls Royce etc. to operate in the US. Competing with them improves the standards of US defence companies too and prevents complacency.

The Way Forward
India needs a single FDI slab of 74 per cent in defence with clear norms and a level-playing field. 49 per cent is of no use and 100 per cent may be too one-sided. The Indian obsession with ‘ownership and control’ needs to be curtailed. The Indian private sector needs to be co-opted as partners and not vendors by DPSUs. Certain non-performing labs and plants of DRDO and DPSUs need to be privatised. R&D funds for defence need to be allocated to the best Indian organizations and universities.

The idea of technology transfer through either licenced production or offsets is misunderstood by the decision makers. Making this as the principal strategy and corner stone of defence technology development and self-reliance in the country is like chasing a mirage. All it does is perhaps short circuit or kick start a process. But it can never lead to realizing the national strategy of indigenous capability and self-reliance. Nothing can substitute strategic research and development and it can be achieved only by involving the whole knowledge sector of the Indian economy. 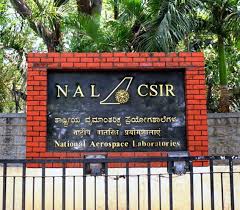 The way ahead involves developing technologies in-house in both design and manufacturing. India has to deliberately enter the age of innovation in which research and development becomes an integral component of science, technology and engineering development; an element totally disregarded by the Indian industries so far and unthinkable in the aerospace sector. National Aerospace Laboratories could be made a centre of excellence in aerospace with capabilities in developing analytical tools, simulation tools and simulator platforms, centre for flight research with a fully capable experimental flight laboratory with their own experimental helicopters and aircrafts.

The next set of DPP reforms could therefore focus on improved information-sharing protocols between MoD and the Indian industry, perhaps along the lines of the US system where security-vetted key management personnel from its domestic industry routinely enter into in-depth, wide-ranging discussions on planned capabilities with Department of Defence’s Acquisition Wing, right from the planning stage of the acquisition process. In contrast, DPP’s present system of industry meetings facilitated by HQ Integrated Defence Staff is rather ad-hoc, with unilateral presentations by industry associations based on ‘hearsay’ information on user requirements. Improved dialogue and consultations could eventually help MoD in more ways than one. Hopefully, the DPP 2015 will address these issues. 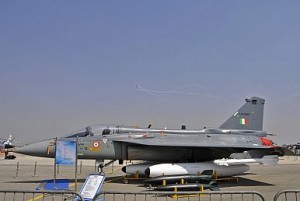 While modernisation of the military requires substantial budgetary outlays, in reality the gap between the requirement of funds projected by MoD and the actual budgetary allocation has been widening over the years. This trend is likely to continue as is clearly evident in the defence budget for 2015-2016. But, of greater concern is the fact that the MoD surrendered a total of 28000 crore between 2001-02 and 2010-11 under the Capital head. This was mainly due to stalled projects amidst allegations of wrong doing, lack of indigenisation and complexity of procedures. However grave the situation, the way out of the morass has to be found to ensure acquisition of operationally critical weapon systems like guns, helicopters, submarines, aircraft and ammunition, that form the core of a nation’s defence capability.

Conclusion
The entry of the private sector into defence sector is a game changer. The revered holy cow no longer remains the preserve of the State. The challenges to the Indian defence industry are likely to increase over the next few years as the country embarks on the massive modernisation of its military. The private industry can play a very crucial and positive role to help overcome these challenges. While the Government has displayed the necessary political will for indigenisation and establishment of an advanced manufacturing base in the country, the challenge lies in its comprehensive implementation – an enabling policy framework, focus and commitment, including addressing on priority the fiscal and taxation issues, which currently impact negatively on the private industry. With reforms in defence sector, we are likely to witness a greater participation of the domestic industry, both private and public, in the design and production of defence equipment. The Government and Defence Industry needs to work together on the model of 3Cs -Compete, Co-operate and Collaborate, to ensure that ‘Make in India ’becomes a reality.

Lt Gen BS Pawar (Retired)
Beyond his four decades of service in the Army and an enviable flying record, the General is also a prolific writer on defence issues.