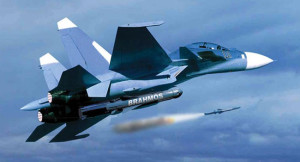 The Defence Research & Development Organization (DRDO) was set up in 1958, by merging the units of Defence Science Organisation with the then existing Technical Development Establishments (TDEs) of the three Services. From an agency which initially only carried out upgrades to existing systems, DRDO has grown today to a high technology agency capable of undertaking design, development and integration of complex weapon systems. Yet when an appraisal is undertaken and some of their notable failures coupled with the excessive delays and cost overruns in most of its projects are taken into account, there is a lot required to be set right not only in the DRDO, but the entire gamut of defence research, development and production.

That a more serious overhaul would be done by the new NDA government became apparent, after the PM criticised the lackadaisical attitude of the DRDO towards achieving its targets in the prescribed time limits. He expressed that the DRDO must fulfil the need of India leading the world in future technologies. Quick action followed in banning extension of service to scientists beyond retirement age and terminating services of those on extension. This was followed by the sacking of the DRDO chief in January 2015. In fact the PM also seconded recommendations of the Rama Rao Committee to have young scientists below 35 years age head five critical DRDO laboratories.

‘Make In India’ an Opportunity for Redemption. Taking this as a wakeup call, the DRDO must reinvent itself to grasp the opportunity the PM has offered while yet reposing faith in its abilities. The Make in India program launched by the PM in which defence manufacturing is one of the key sectors, from amongst the sectors identified under this programme offers a great opportunity to the DRDO to go down in history as the organisation which helped India rise to the status of a great power. So what are the actions the DRDO must take to fulfil its role in context to the approaching surge in defence manufacturing under Make in India?

Increasing Integration and Responsiveness. It is pertinent to point out that the DRDO owes its origins to the TDEs, which were specifically meant to meet the requirements of the respective service under which they functioned; in fact, DRDO laboratories were headed by service officers and a large number of service officers were involved in development projects. Today, the DRDO is independent of the three services and not answerable to them. Albeit the Navy has managed the situation adroitly by ensuring the three DRDO laboratories in the field of naval weapons research are staffed with a core nucleus of naval technical officers, in fact the Naval Light Combat Aircraft development program is headed by a Naval Aeronautical Engineer. There is therefore a need for the DRDO to be synergised with service requirements. This can be brought about by:- 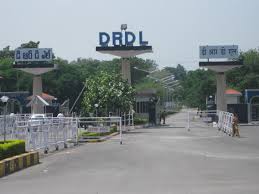 Setting Right Perceptions. Delays in fructification of projects and shoddy finish, has somehow got associated with the DRDO – the INSAS rifle being just one example. This perception needs to be set right notwithstanding the fact that the production agencies may also be blameworthy. Where the product is quantitatively large, the DRDO must insist on two competing development cum production agencies, one from Director General of Ordnance Factories/Defence Public Sector Undertakings and the other from an accredited private sector company, with the aim of creating competition for ensuring timely delivery and product quality. Besides modern project management and financial control techniques, delays can be cut down by formal involvement of the user right from the design stage onwards up to production. These aspects must be formalised in the Defence Procurement Procedure 2015.

The proof of the pudding lies in eating it; an immediate opportunity to commence setting right perceptions could be, ensuring the Multi Calibre Individual Weapon System (MCIWS) which is in an advanced stage of development, is a success. Important projects of the future having a visible profile and a major impact on modernisation must be nominated as flagship projects, e.g., the Futuristic Infantry Combat Vehicle, Advanced Towed Artillery Gun System, the MCIWS and Light Combat Helicopter and accorded the priority and resources required for and successful outcome.

Technology Banking & Management. The surge of manufacturing activity which will be generated in defence manufacture through foreign JVs will result in a plethora of Transfer of Technologies, either as offsets or as an outcome of joint development. Verification, validation, evaluation and certification of technology will be a necessity; the DRDO is ideally suited to accept this role. Combined with this it would be also best suited to be a repository of IPR, of acquired and generated technology including dual use technology and disseminate it as per the national interests and international laws and conventions.

Make in India vs Made in India. In the short and near term, in order to make up voids in weapon systems, there may be a greater bias towards manufacture through the “Buy and Make category”, e.g., conventional submarines with Air Independent Propulsion, air to air and surface to air missiles and Unmanned Aerial Vehicles (UAV). Yet if the ultimate aim of self reliance in design, development and manufacture is to be achieved, then there is no option but to go for “Made in India”. The accumulated technology and skills through the Make in India ventures should be fruitfully employed in the next generation of indigenously designed systems be it submarines, missiles or UAVs. 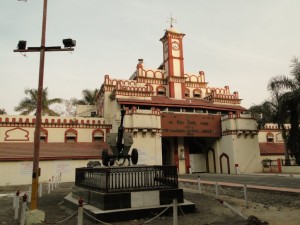 Facilitation Role. The DRDO has over the last five decades built up invaluable infrastructure in terms of hardware, software, testing and evaluation facilities. Granting access to Indian industrial units which are new entrants in the field of defence manufacture will prove beneficial. It will help them cut development time and capital investment, besides earning revenue for the DRDO.

Broad Basing Research. The DRDO alone cannot develop technologies; this task must be shared with the increasingly competent research institutes and academia. Some defence experts have recommended DRDO migrating to a Defence Advanced Research Projects Agency (DARPA) like model for organisation and functioning. However, for India, the state of technological advancement of industry and the quality of research institutions is not yet adequate to support a DARPA-like model.

Defence Technology and Manufacturing Commission. An apex body under the Defence Minister with representation from ministries/departments of Defence (to include the DRDO and three services), Finance, Industry, Commerce, External Affairs, Science and Technology and Space, Associations of Industry and Commerce, nominated scientists and economists, would be required to give the right thrust and direction to R&D and manufacture, with the following objectives:-

Resetting Goals for the DRDO. Lastly, but most importantly, considering the fact that the private sector will also develop its R&D capability in defence sector, as have companies like L&T , Tata, Bharat Forge, Mahindra, there is a need for the DRDO to reorganise itself to concentrate more on design and development in the advanced and futuristic systems in the field of electronics, avionics, aerospace, artificial intelligence, energy beam weapons, while retaining a role of consultant and designer, through its role of a facilitator and IPR repository.