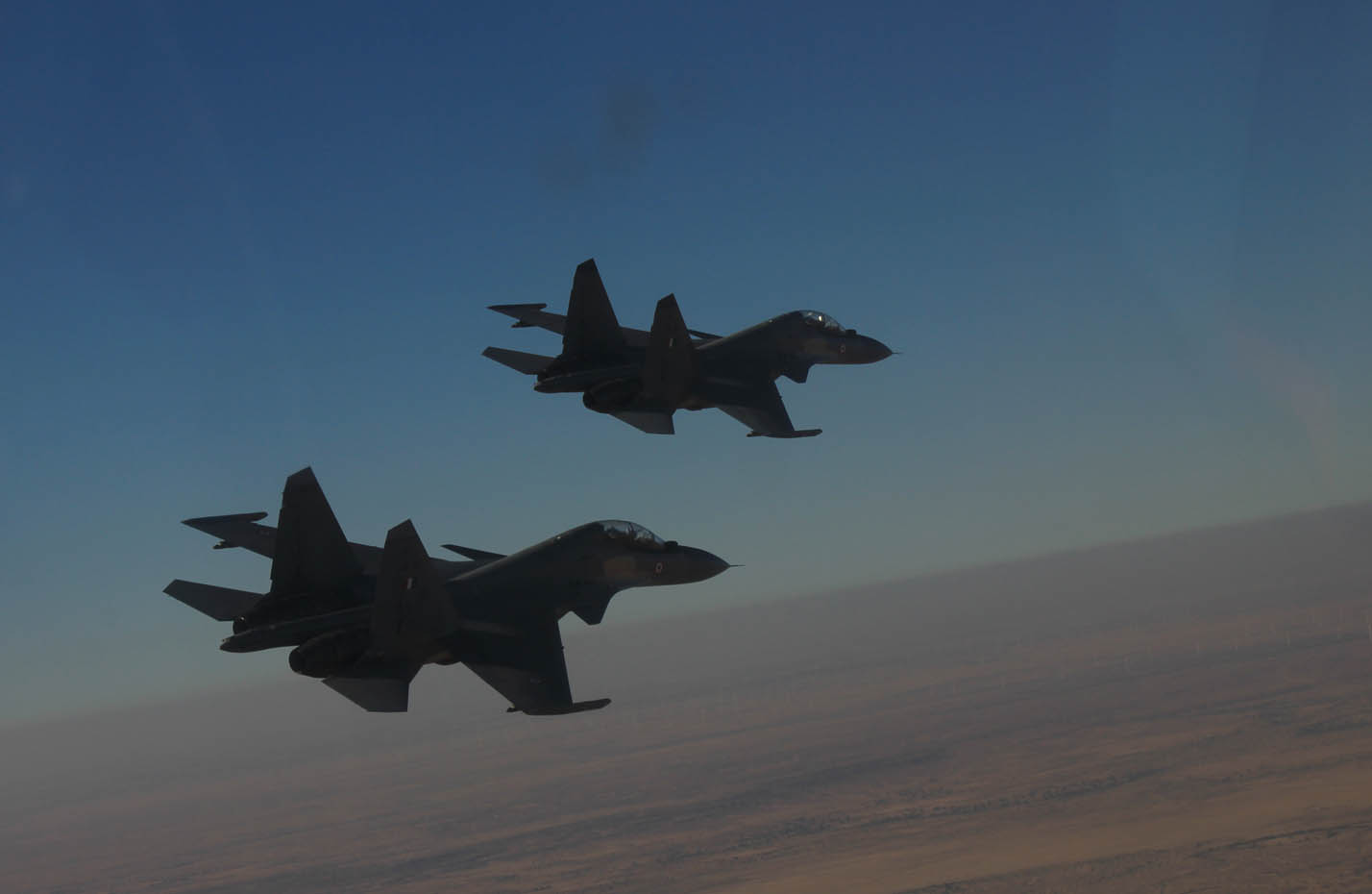 Make in India: The Aviation Sector

Ever since the Make in India initiative has been launched by the Government, the media has been highlighting the dismal conditions in India with regards to the ease of doing business. Despite various measures taken by the Government, India regressed from 140 in 2014 to 142 in 2015 on the global index released by the World Bank – however, the latest report shows that there has been some improvement and India now stands at 130 in the world.

Notwithstanding the concerted steps initiated by the Government, even as one grapples with these statistics one has to be a realist. ‘Old habits die hard’ and to change an entrenched bureaucratic mindset, which equates a positive decision with granting a favour, takes time.

There is another shortcoming to be addressed; India is in the top bracket of arms in the world with 70 per cent of its requirements coming from foreign sources. This leaves the nation a hostage to other countries in times of crises, as witnessed during the post-USSR days in the 1990s when the Armed Forces, especially the Indian Air Force (IAF), had to run from pillar to post amongst the ex-USSR republics to find spare parts for the predominantly Soviet sourced equipment. When they were finally found, the prices were artificially inflated. Going back further to 1965 war, the US had imposed an embargo on all arms sales, as it did again in 1998 post-Pokharan II nuclear tests. In the latter case, the Indian Navy’s Sea King helicopter fleet got grounded due to lack of spares; though the helicopter had been bought from the UK, it was under licensed production from Sikorsky of the US! 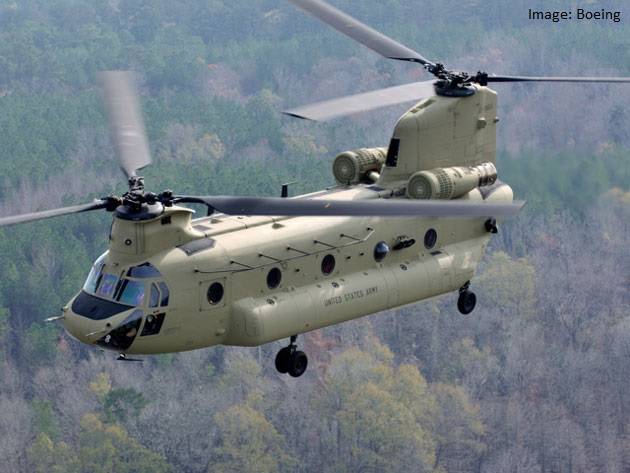 India’s strategic autonomy will hence remain suspect as long as such a state of affairs continues. Further, the Make in India drive to kick start the indigenisation push would succeed only if setting up shop in India becomes business friendly. Can IAF projects help in the transformation, which in turn will help strengthen national security? This article will answer that question keeping in view our business environment and industry capabilities, especially in the aerospace sector.

Indian aviation industry is at a nascent stage, despite the fact that Hindustan Aeronautics Limited (HAL) has its origins in the Hindustan Aircraft Company set up way back in 1940. There is an extreme shortage of designers, aerodynamicists, engineers and skilled technicians, primarily because, over the years, the aviation sector has been relegated to a licenced production industry. Aerospace engineering is being offered in very few centres of higher learning and even the few who take this course emigrate to other countries as their expertise is put to better use in pioneering work undertaken in foreign aviation firms: No wonder, 30 per cent of NASA’s workforce is Indian and so is the head of DARPA, the global aerospace research organization.

Finance is another major issue and Indian companies have a conservative outlook in their DNA; in a way, they cannot be faulted as hardly any major contracts have come their way till now. Setting up aviation centres is cost intensive and requires deep pockets, which only foreign aviation majors have. The cost of capital in India is high and it is difficult for local entrepreneurs to start new ventures considering Indian bureaucratic hurdles.

The new dispensation in Delhi has loosened the bureaucratic stranglehold to some extent. New licenses have been forthcoming, with around 50 plus having been issued in the defence sector to produce a range of goods from armoured vehicles, UAVs, electronic warfare systems, helicopters, air defence systems et al. Setting up joint ventures has become easier and the private sector has been brought at par with Defence Public Sector Undertakings (DPSUs) in terms of certain taxation  issues (it’s a different matter that the parity has been brought about by taxing the DPSUs, with the result that now items produced in India are costlier than those sourced from abroad!). An export policy has been announced and the Defence Procurement Procedure is being re-hashed post the report of a Committee of Experts set up by the Government. Some Indian business houses have set up notable JVs; prominent among them are tie ups by the Tata group with Sikorsky, Augusta Westland and Lockheed Martin, and the one with Airbus to manufacture C-295 transport aircraft.

Reliance Industries has set up a defence vertical and has announced big plans for entering ship building by acquiring the Pipava Shipyard; it is also reportedly tying up with the Russians to make the Ka-226 helicopters. In a similar vein, Mahindra Aerospace and Larsen and Toubro have entered defence manufacturing in a big way. These are relatively bigger Indian defence companies, but there are many success stories in the Micro, Small and Medium Enterprises (MSME) sector too. To be sure, much more work still needs to be done. There are many failed entrepreneurial journeys too, mostly amongst the MSMEs. The FDI in defence too has also not picked-up and is just Rs 96 crores (15 mn USD).  So, in this prevalent milieu, is doing business in India a lost cause even if the bottlenecks for setting up new enterprises are removed? Or, will the imperatives of national security drive the agenda, make the environment investor friendly and get all actors in sync with this national im?

What does the pharse ‘ease of doing business in India’ encompass? It has three components, primarily. First, a relaxation of rules and regulations; second, a change in mindset to a positive one to implement these rules and lastly, easy availability of wherewithal, to include land, infrastructure, finance and skilled manpower required to effect the change.

A large number of big ticket Air Force items are on their way from abroad. Leading the pack is the $ 3.2 billion Chinook and Apache helicopter deals, the Avro replacement C-295 project (56 aircraft), A-330 Multi Role Tanker Transport (six aircraft) and six additional C-130 Special Forces aircraft to follow. There are many more purchases planned for upgradation of air defence, command and control and intelligence surveillance and reconnaissance domains. Similarly, other Services too have cash-heavy projects. With 30 per cent offsets being the criteria for any project above Rs 300 crores, billions of dollars would be funneled into the Indian defence sector in the next decade and a half just as offsets. A major portion of the offsets would be through IAF related projects. The question is: how does India go about leveraging this opportunity optimally?

There has to be a top down approach, with clear directions given by the political leadership. Though certain steps have been taken, there is still reluctance to go the full distance to reduce the time frame and get maximum benefits, which can happen only if a single window system is put in place. The requirement to go to different Ministries for multiple clearances has to be simplified to a ‘single roof’ concept. After the necessary papers are submitted to the designated office, say, the Department of Defence Production, the onus should lie on this entity to move files in a time bound manner and grant approval. If papers are in order, then the concerned officials should be held accountable for any delays that subsequently occur.

Is this a Utopian dream and unattainable in India? No, it is possible, but only a top down political thrust can make it happen. A clear example of what firmness and a demand for results can do is the positive movement in the Light Combat Aircraft Mk1 case. Steadfastness on part of the IAF to insist on its operational requirements and a demand for accountability by the government from DRDO has resulted in clearing 43 observations of the 50 plus raised by the IAF. 120 LCA Mk1s will now be inducted into the IAF, clearing a logjam that has been in existence for years, nearly derailing this critically important project. Once HAL gets its production line to manufacture 12 aircraft annually (political push again required to overcome HAL’s work culture), the Make in India drive will get the first real boost. It all boils down to individuals in positions of power, having a positive attitude and being concerned about the gravity of the problems the nation is faced with. They need to be at the job for at least five to seven years to ensure institutional continuity while simultaneously driving the government’s agenda forward. 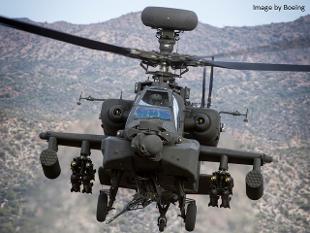 The availability of wherewithal (to include land, finance, skilled personnel et al), is the third component of the jigsaw puzzle. Once again, it’s a set of industry friendly rules that need to be enacted and driven through so that the eco-system that is required to absorb the finances and the high-end technology is nurtured and allowed to expand. It is only then that slowly, piece by piece, technology by technology, the nation would start developing a defence industrial base that would see a reversal of the abysmal import/export ratio that exists today in defence procurement. It is a long road ahead and if everything falls into place, it would need the better part of a decade and a half at least for India to substantially attain its strategic autonomy. Perseverance and bi-partisan political support are pre- requisites to attain this goal.

To quote the Committee of Experts that has recently submitted its report for the overhaul of the DPP: “Internal social divisions and the structure of Indian polity is such that there are continuous internal confrontations and only in time of crisis and war that everyone comes together, unfortunately to relapse into business as usual once the crisis abates. Unless a national consensus develops and an institutional framework put in place, adequate military power will not be generated (emphasis added).”

More apt words have perhaps not been spoken in recent times. Everyone should take heed and contribute to the effort in making India a self-reliant nation in defence.

Air Vice Marshal Manmohan Bahadur, retired from the Indian Air Force after 36 years of distinguished service. He is an Experimental Test Pilot from the French Test Pilots School, a graduate of the Air Command and Staff College, USA and a post graduate in Defence and Strategic Studies from Madras University.