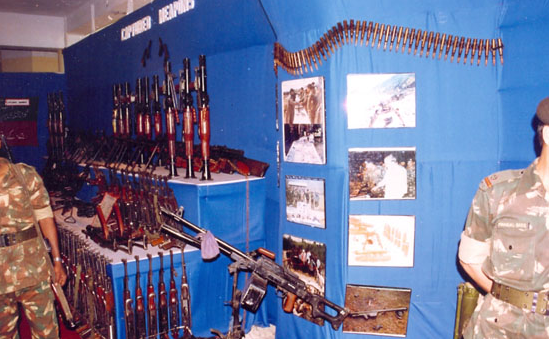 A rebuttal of Pakistan Propaganda

Prime Minister Imran Khan’s Op-Ed has appeared in New York Times (NYT) on August 30. That NYT should publish such a slanderous propaganda piece that not only distorts facts but even manufactures them does not reflect well on its standards when accepting to publish opinion pieces by foreign leaders. It does not seem normal by any yardstick that any serious publication should lend its columns to one foreign leader to attack another country and its leader with such malice. The NYT or any publication with an international reputation should not allow itself to be used as a propaganda tool by one country against another. When a foreign leader is invited to state his position on issues of concern to his country, it should be made sure that he does so in a measured and dignified manner and not use the opportunity given to him to vilify the leader of a third country. The NYT has failed in this regard.

He has been put in position by the Pakistani military, which explains his allergy to barbs within Pakistan that he is a “selected” Prime Minister. This contrasts with elections in India through the largest democratic exercise ever in human history, with a voting electorate of over 900 million, virtually three times the entire population of the United States. It is the same Imran Khan who has put in prison all the major leaders of opposition- former Prime Ministers and Presidents included. He is the one who, with his refrain in Urdu that he who was a friend of India was a traitor, castigated Nawaz Sharif for reaching out to India. And today he vaunts his own offers of peace to India!!

NYT should recall that he was called the Taliban Khan because of his support for the Taliban and opposition to US/NATO operations in Afghanistan. He supported the extremist Islamic organisation Tehreek-e-Labaik to blockade Islamabad in a bid to bring down the then government. His Islamist leanings are apparent from his speeches in which he repeatedly evokes his obsessive vision of creating a welfare state in Pakistan, not a modern welfare state based on contemporary values of democratic, liberal societies but one based on a fourteen centuries old Medina model. How is this different in essence to what the Islamic State and other extremist Islamic organisations advocate for Muslim countries- a reversion to a past golden age of Islam marked by justice, equality and the Sharia to overcome the political, economic and social problems they face today.