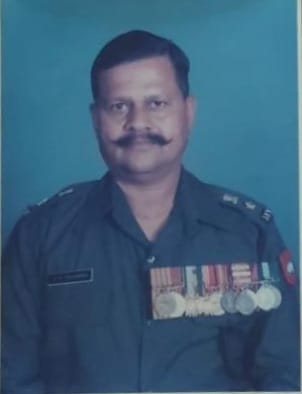 A Tribute To The Original Hero Of Galwan

Some soldiers do fade away unnoticed even in today’s world. Last Sunday, one such quiet warrior—one can even call him the original hero of Galwan– gently eased into the next world.

Lt Col Shrikant Sitaram Hasabnis, VSM, 90, passed away in Pune on 9 January 2022 after a long battle with heart and lung infections.

Many in the military circles, not to speak of civilians, may not have heard of Lt Col Hasabnis. After all, he had taken voluntary retirement in 1977.

However, anyone who has studied and written about the 1962 war with China, would have come across his name. Or at least his unfortunate unit’s plight on the first day of the war on 20th October 1962.

For those who perhaps don’t know, it is worth recalling the events nearly 60 years ago. 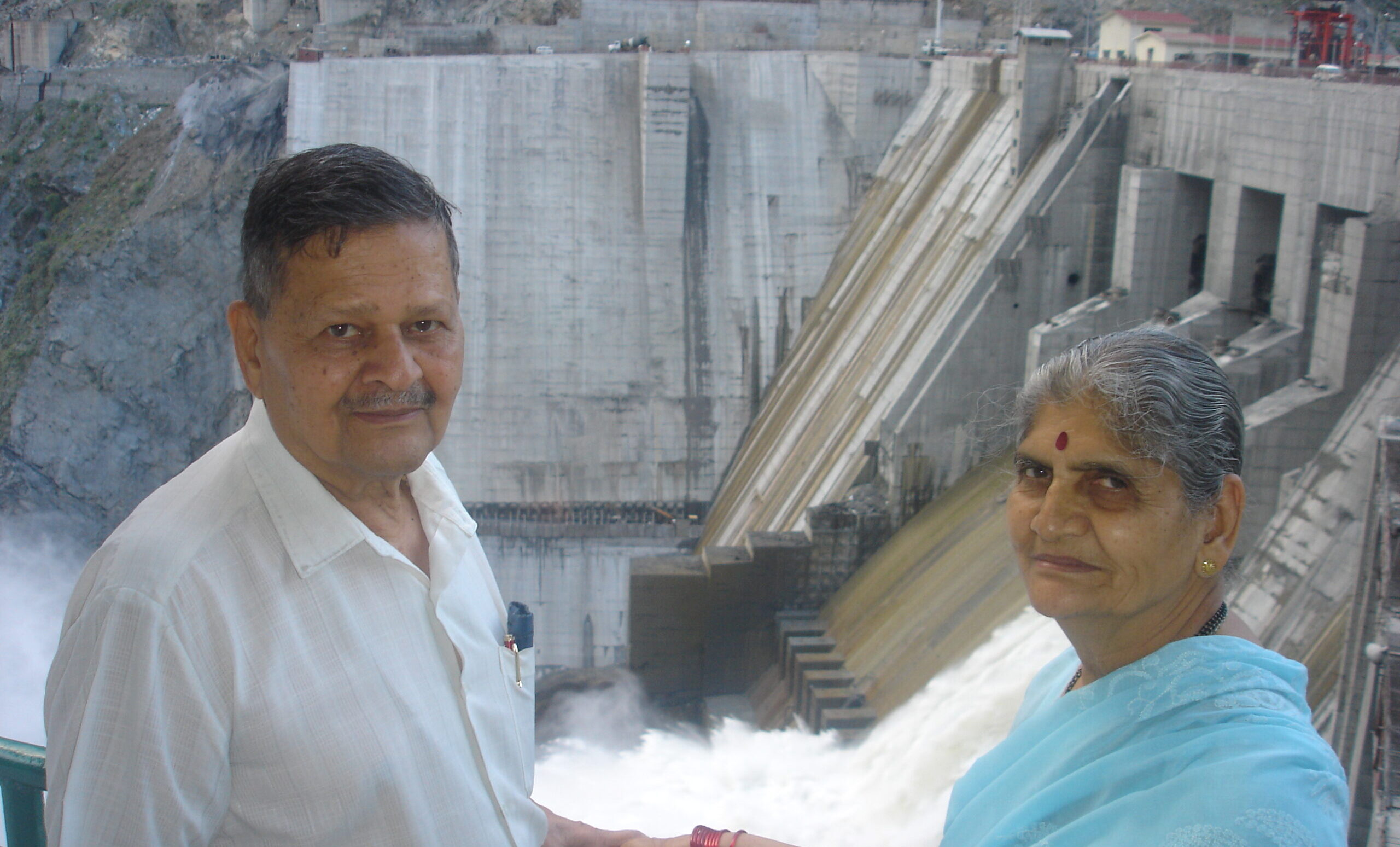 In early 1962, Lt Col Hasabnis, then a Major, was tasked by the Commanding Officer of 5 Jat, to lead a company of the battalion at the isolated post at Galwan—surrounded from all sides by the numerically and better-armed Chinese. The Jats were the first plains troops to be inducted into the super high altitude area in 1962. Till then units that had soldiers from hills were deployed in Ladakh.

From the start, Major Hasabnis’ task was hopeless. To begin with, like him, the Jat troops were pure vegetarians. However, at 17000 plus feet altitude, it was not possible to cook meals in those times. They had to eat tinned, non-veg food. Maj Hasabnis, much against his own instincts led by example and started eating the tinned rations. But that was the least of his problems.

The Company that he was leading, was not full-strength. Barely 60 soldiers were with him (normally, a company has 100 plus men). The state of arms with the troops was pitiful. Nearly 20 of his men did not even have weapons. They did not have appropriate clothing for survival in these extremely cold conditions. Ammunition with them was just adequate to last a few minutes of battle, a fight that they were repeatedly assured was not going to happen.

The Chinese were using their Hindi translators to tell the Indian troops who were at places within a few meters of the Chinese to go back, as they were not against the poor Indian troops but the bourgeois Indian Government! As the company of Jats landed by helicopters in Galwan they saw that the post was surrounded from all sides by hundreds of Chinese soldiers. The Chinese had the latest rifles, mortars and artillery which they were deliberately showing to the troops to demoralise them. Although the men saw this and told Maj Hasabnis that they felt like goats in a slaughterhouse, none of them ever showed any desire to flee or go back because they were prepared to face any adversity as long as their company commander was with them. That was the level of trust and faith Maj Hasabnis inspired in his men. Even as the tension between India and China mounted, the company held on tenaciously, fighting the elements and the psychological warfare by the Chinese.

The inevitable happened on the morning of 20 October 1962.

Without any warning, the Galwan post held by the Company of 5 Jat was attacked by the Chinese using artillery, mortars and heavy automatic weapons fire. The Jats fought fiercely till literally their last round. Thirty soldiers made the supreme sacrifice while the rest including Maj Hasabnis were taken, prisoners. They were the first PoWs from Ladakh although many more were captured by the Chinese in NEFA (now Arunachal Pradesh). Maj Hasabnis and his men stayed in China as POWs for seven months and were repatriated to India on 7 May 1963.

Maj Hasabnis resumed his military service on repatriation. He was named, superseding many other senior officers available, to raise 16 Jat battalion. He raised and nursed it even more lovingly than probably he raised his children. Incidentally, two of his sons followed him in the Army. One of them Sudarshan Shrikant Hasabnis rose to become a Lt General and Deputy Chief of the Indian Army, retiring in 2020. 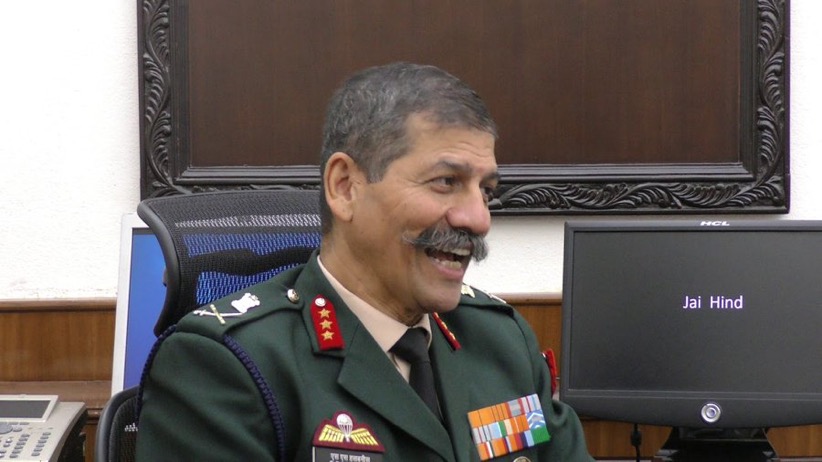 The senior Hasabnis continued to inspire men both in and out of uniform. After returning from China, he had a chance to prove his leadership qualities once again in the counter-insurgency operations in Mizoram in the late 1960s. He turned around the fortunes of 16 Jat when it was on the verge of being disbanded for poor performance, but Lt Col Hasabnis, who had returned to the battalion after a stint on a staff appointment, sought and got a three-month reprieve from his bosses. Within that time, he inspired the men of 16 Jat to outperform themselves and proved to the higher-ups that their plan to disband the battalion was rather premature. Lt Col Hasabnis received a Vishist Seva Medal for his efforts.

In the 1971 war too, 16 Jat performed creditably under his command. After taking voluntary retirement in 1977, Lt Col Hasabnis along with his wife became dedicated volunteers for a revered annual pilgrimage to Pandharpur, one of the holy sites in Maharashtra and also took on a very challenging task of running a commercial operation to dig bore wells in far-flung and difficult areas in Western India. 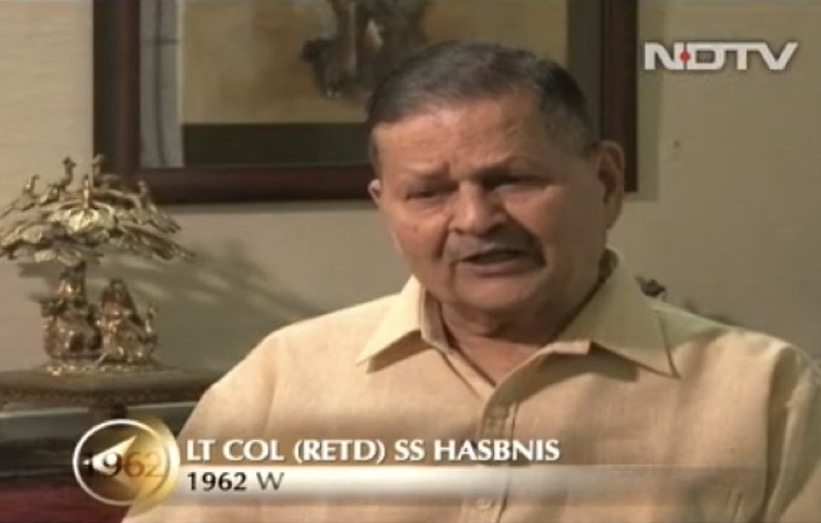 Lt Col Hasabnis in conversation with Nitin A Gokhale

On a personal note, I was fortunate to have met and interviewed Lt Col Hasabnis exactly a decade ago while making a short 20-minute film for NDTV on 50 years of the 1962 war. Even five decades later, I could detect pain and regret in Lt Col Hasabnis’ voice over the humiliation the soldiers suffered in 1962 and how they felt let down at that time.

“Memories are very deep. I don’t think they will be erased from my memory at all”, the veteran said to me in that chat – the documentary I did for NDTV  (https://www.ndtv.com/video/shows/india-matters/recalling-1962-50-years-on-251438. Look for his interview from 2.10 onwards)

Clearly, the 1962 war had left a scar for a long time on those who had to fight unprepared and without much planning against a numerically superior adversary. The stoic Lt Col Hasabnis however had no bitterness.

His passing away has broken perhaps the last known link to Galwan from 1962.

Thank you for your service and contribution, Sir.