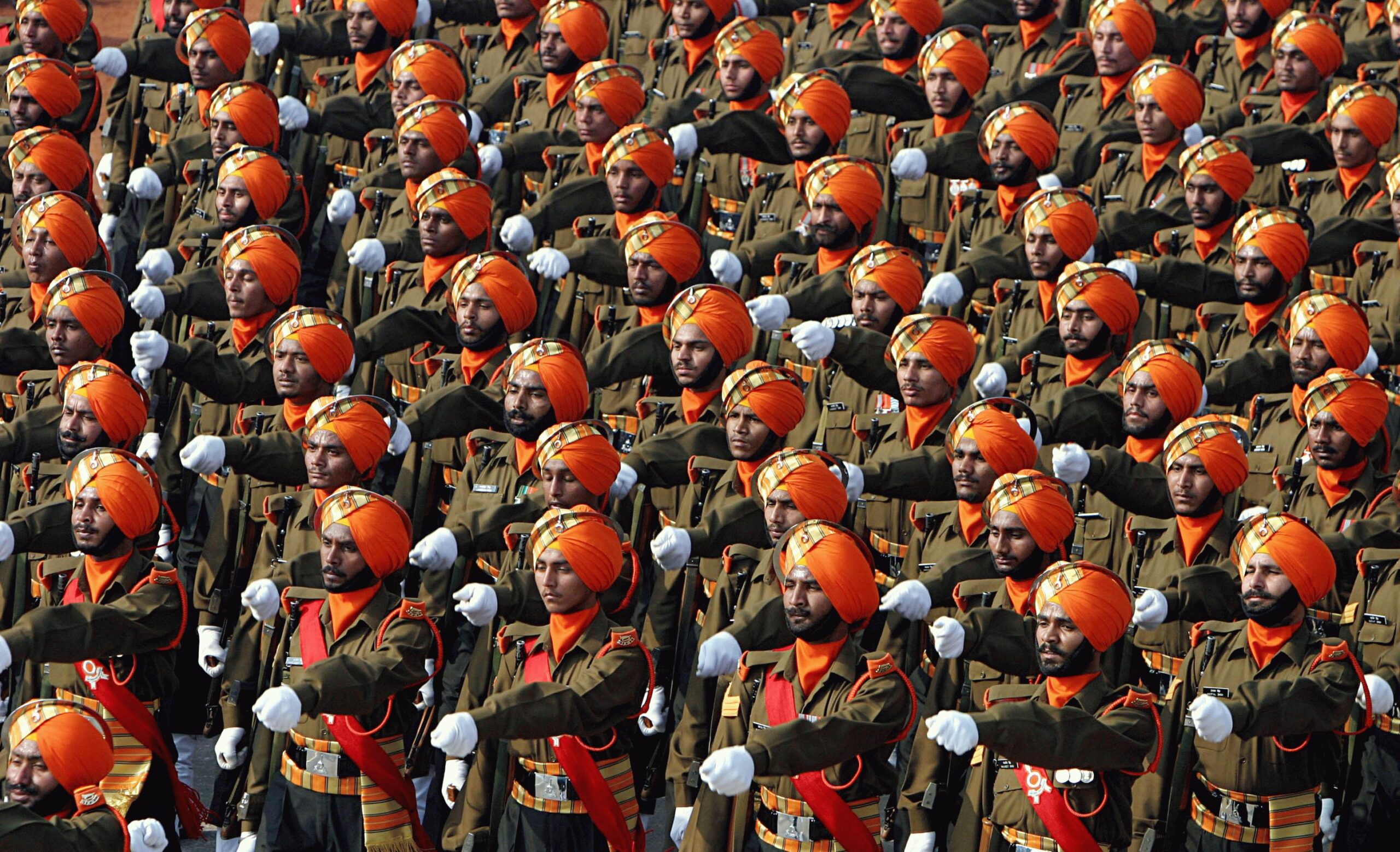 The Central government has announced several measures to support the ‘Agniveers’ after their four-year service in the armed forces under the Agnipath scheme. From reserving 10 per cent in paramilitary forces, coast guard and defence PSUs to financial assistance, the central government has announced a slew of measures to allay the concerns about the youths’ future after their four-year stint in the uniform ends.

Following is a list of major supportive measures announced by the government:

Reservation in posts of Coast Guard and Defence PSUs

Defence Minister Rajnath Singh has approved the reservation of 10 per cent of the job vacancies in the Ministry of Defence (MoD) for Agniveers. The 10 per cent reservation will be implemented in the Indian Coast Guard and defence posts, and all the 16 Defence Public Sector Undertakings (HAL, BEL, BEML, BDL, GRSE, GSL, HSL, MDL, Midhani, AVNL,AWEIL,MIL,YIL, GIL, IOL, TCL). Necessary amendments to rules will be undertaken to implement these provisions. Defence Public Sector Undertakings (DPSUs) will be advised to make similar amendments to their recruitment rules. Necessary age relaxation provision will also be made to enable recruitment of Agniveers to the above posts.

The government has announced that it has decided to increase the upper age limit for the recruitment of Agniveers from 21 years to 23 years for the recruitment cycle of 2022. The decision was taken since recruitment was not possible for the last two years. In a statement, Defence Minister Rajnath Singh said that the Department of Military Affairs, Ministry of Defence and the Services are committed to commencing the recruitment process at the earliest.

Ministry of Home Affairs (MHA) has decided to reserve 10 per cent vacancies for recruitment in Central Armed Police Forces (CAPFs) and Assam Rifles for Agniveers. Home Ministry has further announced that it will give three years of age relaxation to Agniveers beyond the prescribed upper age limit to recruitments in CAPFs and Assam Rifles. For the first batch of Agniveers, the age relaxation will be of 5 years, MHA has announced in a series of tweets today.

Directorate General of Shipping under the Ministry of Ports Shipping and Waterways (MoPSW) along with the Indian Navy has announced a system for the smooth induction of the Agniveers into the Merchant Navy.

Under this, MoPSW announced six attractive service avenues for a smooth transition of Agniveers in various roles of the Merchant navy, post their stint with the Indian Navy. This will enable Agniveers to acquire necessary training, with rich naval experience and professional certification to join the remunerative merchant navy across the world. The provisions were announced by the Directorate General of Shipping, a Ministry of Ports, Shipping and Waterways organization in Mumbai on Saturday.

The Department of School Education and Literacy through its autonomous institution, the National Institute of Open Schooling (NIOS), has announced that it will institute a special programme in consultation with the Defence authorities to enable those Agniveers who are 10th class pass to further their education and obtain a 12th class pass Certificate by developing customized courses that are not only current but very relevant to their area of service.

This certificate is recognised for both employment and higher education purposes in the whole country. This will benefit the Agniveers to gain adequate educational qualification and skills to take up a productive role in society later in life. This special programme of NIOS will facilitate enrolment, development of courses, student support, provision of self-learning material, accreditation of study centres, personal contact programme, evaluation, and certification. The open schooling system of NIOS which is extremely user-friendly and accessible to all from anywhere anytime opens its doors to all the Agniveers under the Agnipath Scheme.

To enhance the future career prospects of Agniveers and to equip them for various job roles in the civilian sector, the Ministry of Education has decided to launch a special, three-year skill-based bachelor’s degree programme for serving defence personnel that will recognize the skill training received by them during their tenure in the defence establishments.

Under this programme that has been designed by IGNOU and will also be executed by them, 50 per cent of the credits required for a graduate degree will come from the skill training – both technical and non-technical – received by the Agniveer, and the remaining 50 per cent will come from a basket of courses that cover a wide variety of subjects like languages, Economics, History, Political Science, Public Administration, Sociology, Mathematics, Education, Commerce, Tourism, Vocational Studies, Agriculture and Jyotish, as also Ability Enhancement Courses on Environmental Studies and Communication Skills in English.

The framework of the programme has been duly recognized by the concerned regulatory bodies – All India Council for Technical Education (AICTE) and National Council for Vocational Education and Training (NCVET) and UGC. A degree will be awarded by IGNOU as per UGC nomenclature (BA; B. Com.; BA (vocational); BA (Tourism Management) and will be recognized both in India and abroad for employment and education.

Skill development for entrepreneurship and jobs

Skill India and the Ministry of Skill Development and Entrepreneurship (MSDE) will work collaboratively with various wings of the Armed Forces to train the students in additional skills to make them better suited for civilian jobs. Agniveers will get Skill India certification while in service, which will enable them to pursue many diverse opportunities in entrepreneurship and job roles that are being created in our economy after the completion of their tenure.

All organisations of Skill India – Directorate General of Training (DGT), National Skill Development Corporation (NSDC), various Sector Skill Councils, entrepreneurship institutes NIESBUD and IIE, as well as skills regulator NCVET, will relate to this exercise to ensure that Agniveers get the required skill certifications related to their job roles while in service. Some skills learnt on the job may have direct equivalence with the NSQF syllabus. For some, complimenting their on-the-job experience with additional online or offline, theory or hands-on skills may be required.

These details, as well as any training for trainers of Armed Forces, and training assessors, preferably from the Forces, for assessing and certifying – all these aspects are being worked out. At the time of exit, the entire skill ecosystem will be open to these young Agniveers who will benefit from the several upskilling/multi-skilling training and entrepreneurship courses available to them.

To identify ways in which the Banks and Financial Institutions can support the Agniveers on completion of their tenure of duty, the Secretary, Department of Financial Services (DFS) held a meeting with Chief Executives of Public Sector Banks (PSBs), Public Sector Insurance Companies (PSICs) and Financial Institutions (FIs). In the meeting, it was decided that PSBs, PSICs and FIs would explore employment opportunities for Agniveers in suitable capacities based on their educational qualifications and skills through suitable benefits/relaxations, etc.

It was also decided that Banks would explore possibilities of supporting Agniveers through suitable credit facilities for skill up-gradation, education for setting up businesses and to take up self-employment. The existing Government schemes such as MUDRA, Stand-up India etc. would be leveraged for extending such support to Agniveers.

Several state governments have announced that Agniveers, after serving the armed forces for 4 years, will be given preference in filling vacancies in state police forces. The state police forces will greatly benefit from the training and discipline inculcated to Agniveers by the armed forces and their capabilities in tackling insurgency, Naxalism and natural disasters will be hugely augmented.

Corporate sector to utilize the training and skills of Agniveers

Several corporate houses and industry bodies have welcomed the new and transformative recruitment process for the armed forces. The well-trained, disciplined and technologically savvy youth who finish their service to the armed forces will be an asset to their organizations, they said.