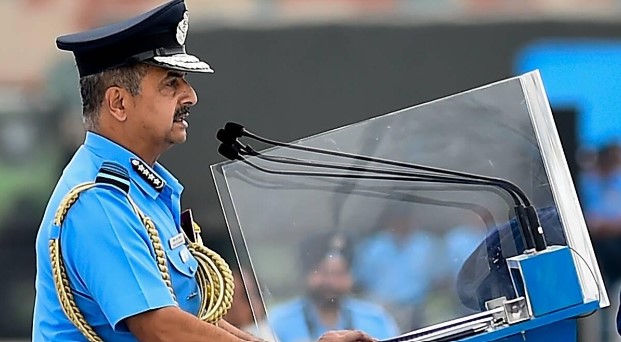 In a path breaking move to synergise the operational requirements of the Indian Air Force (IAF), the government has approved the creation of a new Weapon Systems Branch, which will be responsible for all IAF weapon system operators and bring them under one roof.

Making this announcement at the Air Force Day parade in Chandigarh Saturday, the first outside Delhi, Air Chief Marshal V R Chaudhari said, “on this historic occasion, it is my privilege to announce that the government has approved the creation of a Weapon Systems Branch for officers in the IAF. This is the first time since Independence that a new operational branch is being created.”

“This will essentially be for manning of four specialised streams of surface-to-surface missiles, surface-to-air missiles, remotely piloted aircraft, and weapon system operators in twin and multi-crew aircraft. Creation of this branch will result in over Rs 3,400 crore savings due to reduced expenditure on flying training,” he added further.

The establishment of a separate branch for missile system operators, unmanned aerial vehicles and weapon system officers of two-seater aircraft is an effort to synergise operational requirements which differ from active flying, according to IAF sources. Pointing to the induction of more missile systems with complex operational dynamics and the future establishment of an Air Defence Command with integrated air defence assets of all three services, the source said there was a need to do away with the piecemeal deployment of officers from non-specialised branches and institutionalise the non-flying operational cadre.

This dedicated branch is expected to separate the weapon systems operators from a pilot, as their core competence is handling the weapons on board. IAF is keen to build up this cadre and phase away pilots doing this task., thereby making them available for flying duties. It is also expected to include officers who specialise as intelligence analysts and operate intelligence-gathering tasks in unmanned aerial vehicles and space-based assets. The need for building core competence in a separate branch has long been felt by the IAF brass, given the increasing role of UAVs and space assets in information gathering and advance warning, according to the source.

Keeping these aspects in mind, the IAF Chief said there is a need to plan for integrated and joint application of combat power. “The key to success in multi-domain operations is to have flexible, robust Command and Control Structures which will allow a joint force to dominate across domains. No single service can win a war on its own. Work is in progress to enhance jointness amongst the three services,” he said.