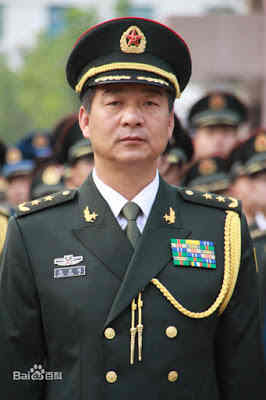 General Zhao Zongqi is an ambitious man. He has been heading the newly created Western Theatre Command since 2016 and has led an almost perfect career, something most of his peers can only dream of. His stint of 20 years in the Tibetan Military District led him to believe that he had a clear shot for the top prize, an admission into the Central Military Commission (CMC), the Chinese Communist Party’s highest military decision making body.

He perfected the art of mass ambushes during the Sino-Vietnam war of 1979 and has survived the ups and downs of the Party’s fortunes till now. In fact, he is one of the few lucky ones to have escaped Xi’s purge of the military’s top leadership. Purges have become a staple for communist regimes worldwide. Stalin anyone? Zhao however is a departure from the generals that populate the Party’s ranks. Ruthless and ambitious, he is banking on his current profile and the standoff with India to reach the hallowed ranks of the CMC. The style of ambush of 16 Bihar troops and the use of primitive weapons fit his profile perfectly.

Just before the reorganisation of the PLA’s seven military regions into five theatre commands, he was in-charge of the Jinan Military Region but had gone on a tour of garrisons in Gansu, Xinjiang and Ningxia with General Fan Changlong, the previous Vice Chairman (VC) of CMC. This was a sure shot indicator that something big was being planned for him, in the next couple of months, he was crowned King of the West.

The former Xinjiang and Tibetan Military Commands were integrated into the Western Theatre Command in 2016 and its reins handed over to General Zongqi. Interesting point to note: Western Theatre Command looks after China’s borders with India and is the largest amongst the five. For Zhao, this was the perfect posting. An apparently low lying fruit in the form of armed confrontation with India would have ensured his elevation.

Zhao was also made the member of the 19th Central Committee in 2017. But having been given the look over for the position of the Vice Chairman of CMC after the retirement of General Fan Chonglong, he started looking for ways to make the Party realise his potential. His plan to intrude into peace-loving Bhutan would have fetched him immediate affection from his party superiors, had it succeeded. He was also banking on the fact that India’s friendship treaty with Bhutan was a paper tiger. In case things went south, he could always say that India was the aggressor and he was just maintaining the status quo. Under this charade, he planned to grab some more territory.

Destiny had different plans for him. India intervened in strength and did not respond to Zhao’s provocations, which were made through the crude Party mouthpiece Global Times. The 72-day long standoff threatened to submerge the Indian subcontinent under the clouds of war. The international opinion also turned against China for invading a peaceful country. As a result, Zhao had to back off. Seething with humiliation, especially after Indian PM Narendra Modi’s firm demand to Chinese President Xi Jinping during the Wuhan Summit that China pull its troops back, Zhao felt the Vice-Chairmanship slipping away from his fingers. It was also decided during the same summit and the one at Mamallapuram later that the delicate regional balance in the region will not be disturbed at any cost.

Zhao is one of Xi’s rare handpicked choicesand both he and Xi are children of CPC revolutionary heroes from Shaanxi province and hence are very close. The ambitious Zhao Zongqi desperately wants his ploy to work- if he could avenge Doklam and show the party that he had the determination to force his will on his adversaries. As a result, the current standoff with India was planned in the early months of 2020. The intrusion was supposed to be so shamefacedly aggressive that India would be forced to capitulate and surrender its positions. He also calculated that going into a previously settled place like GalwanValleywould be advantageous as India would not be expecting any action there.

Zhao tasked units of Xinjiang Military District to harass Indian patrols on the northern bank of Pangong Tso Lake and removed all restrictions on their actions. Similarly, units of Tibet Military District were told to move into Galwan, Hot Springs and Depsang plains and try and rake up hostilities deliberately with the Indians. Again he has been sorely proven wrong. Not only has India not capitulated, but the massive buildup of troops and the two incidents of violence in May and June also threaten to push the region into a devastating no-holds-barred war.

Despite the understanding at the political level of not letting differences turn into disputes, General Zhao Zongqi’s grandstanding and megalomaniacal behaviour is not only destroying whatever little chance that he has of the VC position in the CMC, but he has also put his President in a very difficult position.

With half of the world breathing down Xi’s neck over his mishandling of the COVID-19 crisis, Hong Kong and the South China Sea, the least he could have expected out of his General was sane military advice and not an unwarranted action that will attract the attention of other powers.