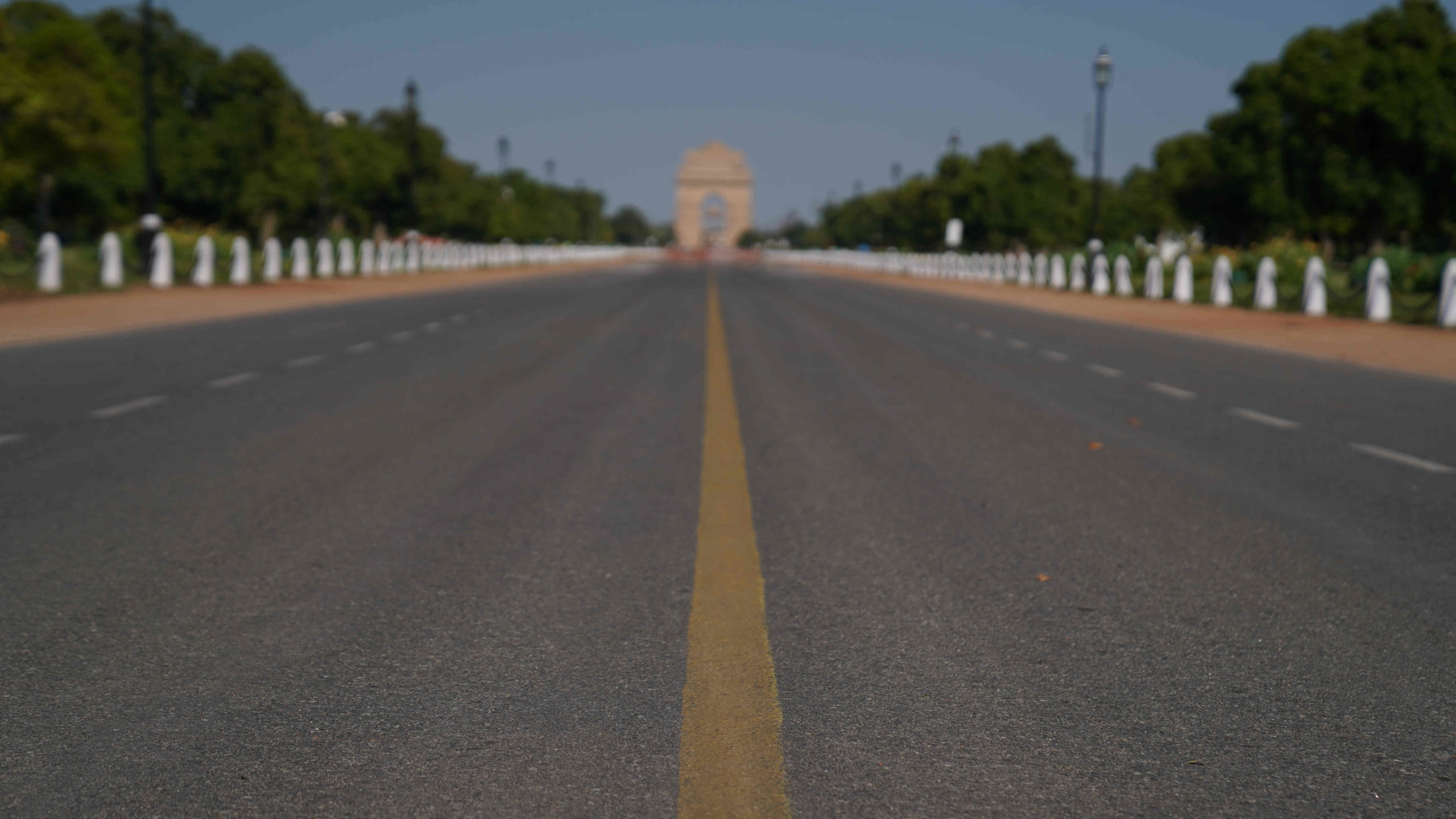 An Opportunity for Make In India 2.0

There are watershed moments in history when we have had to shed the past and visualize our future differently – we are living one of those moments now. What we aren’t yet aware of though, is what the future holds for India. At the crossroads where we stand, we happen to be positioned surprisingly well, but much remains to be done and a lot more remains to be seen.

We have been saddled with endemic problems, our inherent limitations of legacy, and to a large degree, these determine how we structure our response to the COVID-19 pandemic. Related to the issue at hand, these include transparency (including corruption), literacy, health, sanitation, water scarcity, and urbanization – all descendants of a common ancestor – steep population growth.

That said, our governments, both central and state, all sectors and people from all walks of life, have by and large come together cohesively and encouragingly in an unforeseen, unprecedented and unimaginable time. Concurrently, there is already this crescendo of questions – could we have done better? More? Certainly so, but there will be much time later for Monday morning quarterbacking.

What is crucial now, and this might be stating the obvious, is how we control the spread of COVID-19. A lot of what has to follow will depend on what we as a country and society will do. And perhaps equally importantly, how do we recover economically after this pandemic has been brought under control, lest the aftershocks are worse than the quake itself.

But before getting to the recovery as such, it is important to recognise what our starting point is. During the last global crisis of 2008, social media barely existed, but this time, social media is at the centre stage acting as multipliers of misinformation. Public perceptions are biased with increasing confusion about which information sources to trust, generating fear through unverified rumours and exaggerated claims.

Social media is both shaping our reaction and offering a window into our collective response, for good and bad. The unprecedented level of real-time information can not only give us the tools we need to make informed decisions, but also make us irrationally apprehensive about what’s to come. What is true, irrespective, is that social media is the new ground zero for intense polarization in an irreversible post-truth age where fact and fiction merge.

What is also true is that despite this reality, it will need immense cooperation from the society at large to play its part because, at the end of the day, it can only be the general populace which can slow the pandemic down sufficiently to bring it under control. How do we manage this within a polarised atmosphere further beset with our unique set of problems? Such complex challenges cannot be solved by a government alone, but rather the prerequisite is a collaborative, cross-functional approach including business, public and non-profit sectors, academia, civil society and so on.

With nary a doubt, the coronavirus has set offa massive economic shock, certainly worse than the global crisis of 2008-2009. The financial meltdown had also started as an isolated shock that soon engulfed the global economy, and in its wake, left a legacy of deeply divided politics. This crisis too will reshuffle the international power structure in ways we can only begin to imagine. There will be reduced economic activity and increased tension between countries. In the long term, the pandemic will adversely impact the global economy – a recession followed by depression is what appears to be on the horizon.

It is, therefore, highly improbable that we will return to the concept of globalization that defined the last 20 years – the power structures of the last century will collapse. This time’s principal lesson has been from and of China. There have been significant disruptions to supply chains originating in China, with entire industries shutting down. Not only is the short-term economic damage frightening, but also the potential long-lasting effects. Countries and companies will now rethink the multi-step supply chains that dominate production today. This will only end by being the swan song for China’s almost 30-year role as the world’s leading low-cost manufacturer, and oftentimes sweatshop.

So what is bound to happen is: supply chains will be shifted home or closer home and filled with redundancies to guard against future disruptions. Japan has initiated its exodus already, many others (Microsoft, Apple etc.) will follow in its footsteps, and even more will join the chorus in the times to come.

What is also important to understand is that this has not been an exogenous shock, but is actually a product of the systems that have been in place. So capitalism will not return to normal. With appropriate economic policies, incentives, and infrastructure development, there are significant economic opportunities for India.

Our 1991 balance of payments crisis ushered in the age of a new India. In 2014, the “Make in India” initiative was launched by the Prime Minister when our growth rate had fallen to the lowest level in a decade. This time around too, while we focus on mitigating the spread of COVID-19, let us remember what we have achieved when the chips have been down, and not lose sight of the larger opportunity afforded to us. As China fades off the centre stage, it is time for Make in India 2.0.

Before doing that, some sage advice from George Santayana in 1905: “Those who cannot remember the past are condemned to repeat it.” Though the gestation periods for mega initiatives such as Make in India are long, five years seems quite adequate to assess the outcome, for which the short answer is – Make in India has not yet achieved its objectives. This is the bottom line despite anything the spinmeisters come up with. A slightly longer answer would be the answer to the question – why did Make in India fall short? Primarily an absence of focus, with over-ambitious growth rates. Make in India identified 25 sectors ranging from automobiles to biotechnology to wellness – everything but the kitchen sink, and targeted an unachievable annual growth rate of 12-14 per cent.

But yet, all is not lost. Subsequent to the launch of Make in India, some changes were recognized by the World Bank’s Doing Business Report, WEF’s Global Competitiveness Index et al noting the difference in our business environment courtesy initiatives in infrastructure, digital communication, logistics, industrial and freight corridors etc. We did move in the right direction, albeit not enough.

This time around what? We need to set aside the usual suspects of industries where we have established credentials, say, for example, space, pharmaceuticals and automotive, and maintain a razor-sharp, strategic focus on cost-effective manufacturing solutions in only a few sectors – clean-technology and renewable energy, high-tech electronics systems, food technologies, sustainable prefab housing and waste management. These would not only be critical for us going forward, but also for many other emerging economies world over.

Pertinently, our share of manufacturing in GDP has consistently been around 15% despite all efforts. If we have to increase this, it can only be achieved through significantly higher R&D expenditure. India’s per capita R&D expenditure in terms of PPP is near that of Botswana, and R&D intensity (i.e., a ratio of R&D expenditure to GDP) is the same as that of Malta – pretty dismal to say the least. Changing this with immediacy needs to be our first step, and daresay the most important. China, who we should replace, is fourfold our GDP and twice our R&D intensity.

A close second would be to restructure and incentivise Public-Private Partnerships at the earliest. We should leverage on the scale and reach of the public sector using the efficiency of the private. With these steps, we ought to build on the foundation of what we started, and at the same time, reexamine, reorient, and redirect our macroeconomic policies, incentives, FDI regulations, SEZs, digital connectivity, IP rights etc., towards building a cohesive and comprehensive manufacturing ecosystem.

This is what crises are all about – they fast-forward historical processes as we have seen firsthand in 1991. Doing nothing is never an option. If India is to indeed dominate the 21st Century as we rightfully should, now is the moment to act.