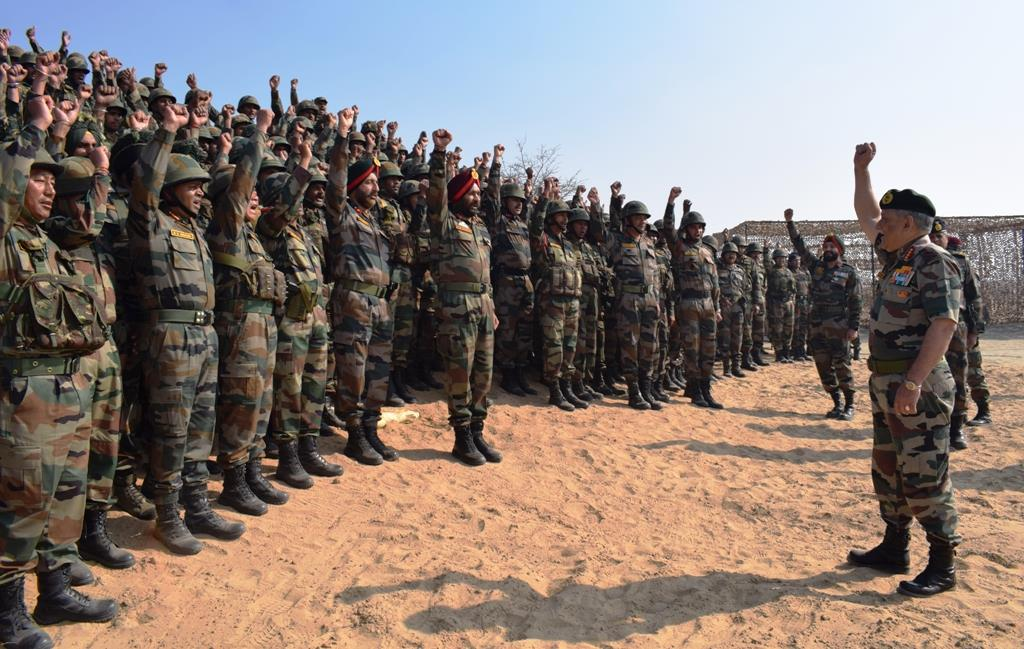 Restructuring, resizing and reorganisation of the Indian Army, conceived and debated since 2016 (the DB Shekatkar Committee report, four different studies undertaken by Army HQ) is now getting into second gear with a couple of important approvals coming through in recent days.

While the reorganisation of the Army HQ has gained momentum last week and has been widely reported, important steps in testing the concept of Integrated Battle Groups (IBGs) has kicked off on the western front and an important change in the ORBAT or Order of Battle of 17 Mountain Strike Corps has been initiated.

The Army ordered four different studies last November. They were: a) Reorganise the Army Headquarters, b) Right size the Army,  c) Carry out a cadre review for officers and d) Review the term of engagement for personnel below officer rank.

The Army has been able to make substantial progress on the first segment with the Ministry of Defence (MoD) approving the plan to redeploy about 300 officers elsewhere and restructure different verticals in the Army HQ to increase efficiency. Conceived towards the tail end of the Modi government’s first tenure, the Restructuring of Army HQ was approved earlier this week by new Defence Minister Rajnath Singh. It will now be implemented over the next few months.

The concept of Integrated Battle Groups (IBGs) finalised last year under the second study for restructuring, has moved forward with ‘’two testbeds’’ being carried out during the current summer months. IBGs created by borrowing units from 26 and 29 Divisions have been tested under the Yol-based 9 Corps. A similar exercise under the Ambala-based 2 Corps has also yielded interesting results, Army sources have told BharatShakti.in.

Under the proposed change, all Division HQs (except those of the three Artillery Divisions)—identified as additional friction points in the chain of command—will be done away with. Each Integrated Battle Group will consist of four to six infantry/mech battalions or armoured/artillery battalions as required. But more importantly, each of these battle groups would be commanded by a Major General. There are detailed explanations and suggestions about how to merge and utilise Divisional Combat support, logistics and service units.

The underlying concept is to make the frontline formations agile and effective in making rapid thrusts into Pakistan during a hot war and capture crucial territory. This plan, also described as “Çold Start lite’’ improves upon the original Cold Start doctrine that the Indian Army came up with in the early 2000s. Cold-start, however, proved to be non-starter since the armour-heavy large formations just could not move rapidly or silently enough before Pakistan got alerted. So in 2018, the current army leaders came up with the concept of IBGs and their presence along the frontline for rapid deployment.

Meanwhile, an important change has occurred the way the 17 Mountain Strike Corps, primarily conceived for deployment along India’s northern border with China, is now taking shape. Originally planned as a three-division formation—as all Corps normally are—the Army leadership has now decided to let only two divisions (approximately 10,000 to 12000 troops) be integral part of the 17 Corps, headquartered at Panagarh in West Bengal.

Accordingly, only the newly raised 59 Mountain Division, co-located with the 17 Corps HQ at Panagarh, and the Dehradun-based 14 Division will be permanent part of the Mountain Strike Corps. Other formations like the Ranchi-based 23 Division and the yet-to-be-fully-raised 72 Division at Pathankot, will now have dual tasking —to be part of western command as well as get assigned to 17 Corps— when needed.

Interestingly, the 14 Division used to be called 14 RAPID or Re-organised Army Plains Infantry Division was part of the 2 Corps. The RAPIDS (more than half a dozen of them) were formed in the mid-Eighties-early Nineties period because they comprised of two infantry and one mechanized or armoured brigades which gave the division greater mobility.

Now, an armoured brigade located at Roorkee under 14 RAPID has swapped places with an infantry brigade at Kapurthala. So the erstwhile 14 RAPID Division has been converted into a pure infantry or mountain division placed under the 17 Corps. The plan is to deploy the tweaked 14 Division in the Central Sector of the India-China border in Uttarakhand, which so far had a bare minimum presence of the Army through a sole independent brigade headquartered at Joshimath.

The 17 Corps, primarily meant as an offensive formation against China unlike the other formations deployed on the northern frontiers, is planning to test its efficacy and effectiveness by undertaking a war game in the Tawang area of Arunachal Pradesh in the winter of 2019. The Tezpur-based 4 Corps which has three of its divisions earmarked for defence of Western Arunachal Pradesh will join in in the exercise.

According to MoD sources, the Army’s plan to bring the directorates of military intelligence (MI) and Military Operations (MO) under a newly created post of Deputy Chief  (Strategy) now stands approved. So far, the Vice Chief of Army Staff used to oversee these directorates. Apart from MO and MI Directorates, the new deputy Chief will also have a three-star ranked officer in-charge of information warfare reporting to him. Among the existing two deputy chiefs, the one looking after capital procurements and modernisation will get wider responsibilities. The Master General of Ordinance (MGO) Branch, which handles all recurring procurements for the Army worth over 15,000 crore annually, will now report to this deputy chief who was earlier called DCOAS (Planning and Systems) but will now be re-designated as Deputy Chief (Capability development). This moves synergises the capital (new acquisitions) and revenue (recurring) procurements at the apex level.

Meanwhile the directorates of military training (DGMT) and Rashtriya Rifles (DGRR) will move out of the capital. While DGMT will be merged with the Army Training Command (ARTRAC), currently located at Shimla but likely to be shifted to Meerut soon, the DGRR will be co-located with the Northern Command HQ at Udhampur. The DGRR will now be headed by a two star (Maj General Rank) officer.