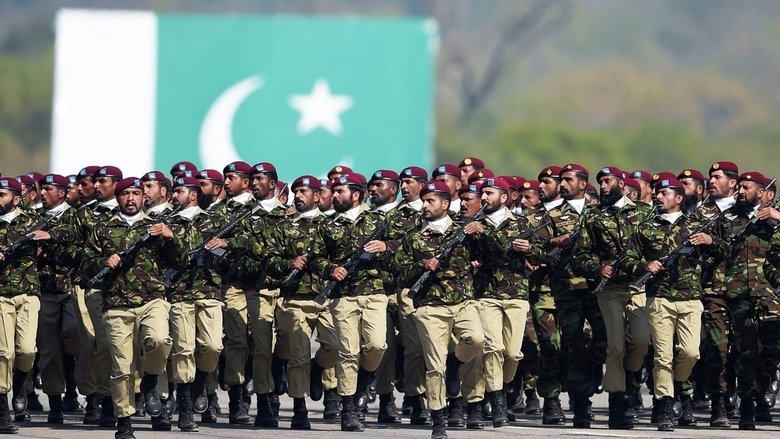 Pakistani Defence Budget: A Close Crop, Not a Crew Cut

Pakistan’s expenditure on its armed forces seemed to be have plateaued when the Inter Services Public Relations (ISPR) Chief Major General Asif Gafoor announced that the Pakistani armed forces have opted for a cut in defence expenditure. However, the final figures are less punishing. In spite of all the election promises that Imran Khan had held out, the spluttering economy has not displayed any signs of revving up to provide for a year-on-year increase that last year amounted to a massive 18 per cent for the defence forces.

The circumstances which constrained Pakistan from provisioning enough to meet the defence forces’ requirements adequately need closer scrutiny. Pakistan has been on a borrowing binge since Imran came to power in the general elections held in 2018. With cash reserves drying up and only enough foreign exchange reserves for a couple of weeks of imports, the Chinese stepped in with a loan of $ 2.5 billion in February 2019. This was over and above the $2 billion that it has already provided during that fiscal.

However, the Chinese provisioning was inadequate and Pakistani PM did the rounds of a few capitals to garner a little more breathing space for the gasping economy. The results, though not adequate, have been encouraging. Saudi Arabia agreed to provide $6 billion to include $3 billion on deferred payment for oil. UAE promised $3 billion in loans and interests, while another $3.2 billion would be provisioned for deferred payment on oil.

The latest to keep Pakistan from collapsing is Qatar.  It has offered a $3 billion package consisting of foreign currency deposit and direct investment. Pakistan has also entered an agreement with IMF for a bailout package of $6 billion.

Under the circumstances, the Pakistani Army Chief Bajwa perhaps had no other option but taking a cut on the allotment for the defence forces. The allocation for the defence forces has been finally pegged at Pakistani Rs1.15 trillion for the current fiscal. It did not amount to a very stern haircut for the armed forces, though it can be called a pretty close crew cut. The allocation is only 4.74 per cent higher than the previous year.

It needs to be also noted that the Pakistani defence budget does not reflect such major expenditures as allocation for pension amounting to Rs 327 billion. The amount spent on its nuclear arsenal is also not reflected in the defence budget. These are not areas that Pakistanis can afford to economise in. The current Pakistani nuclear arsenal is bigger than the Indian. Pakistan obviously does not subscribe to late Indian Army Chief General K Sundarji’s nuclear theory: “More is not needed when less is enough”.

Even with the meagre increase that the Pakistani defence budget stipulates, the defence expenditure, according to Pakistani press reports, amounts to 2.62 per cent of the GDP. The previous year’s defence budget amounted for 2.87 per cent (4 per cent, according to a SIPRI report) of the GDP.   Defence spending in 2019-20 will be at 27 per cent, down from 31 per cent of the total federal budget 2018-19.

The ISPR Chief in his briefing had assured that the cuts that the military is accepting will not degrade Pakistan’s defences. “Voluntary cut in the defence budget for a year will not be at the cost of defence and security. We shall maintain effective response potential to all threats,” he had boomed. It appears that the foremost casualties will be in the area of civil works and maintenance requirements like fuel and transport etc., and training. These are areas that inevitably face an axe when budgets are inadequate, however, except for training, it’s extremely difficult to cut down on the other heads.

Notwithstanding the ISPR Chief’s statement, operational readiness and new acquisitions of the Pakistani forces are bound to reflect a marginal slippage. Possibly, the forces will defer payments of their committed liabilities to tide over the problem. However, with the budget still at 2.62 per cent (if not SIPRI’s 4 per cent) of the GDP, it will push the state into further borrowing at high-interest rates. The loans obtained from Saudi Arabia and UAE are mostly short term and at three or more per cent interest rates.

Further, though apparently, IMF will open its strings for Pakistan, the conditionality would be stiff. The loan will be in tranches and IMF will surely maintain strict control with successive tranches being dependent on Pakistan meeting its commitments.

Further, the Financial Action Task Force (FATF) is yet to be convinced that Pakistan has done enough to bring the economy back on rails and also take adequate action against terror groups, money laundering and a variety of other taboos. Should the FATF decide to leave Pakistan in its blacklist, the pangs would be felt by all sections of the Pakistani society. A negative FATF ruling will impact IMF loans as also borrowing rates for Pakistan. Further, as yet the Americans have not released allocations that they had blocked, in spite of Pakistan managing to produce the Afghan Taliban at seven rounds of largely inconsequential talks held at various locations.

The Pakistani Government has either launched or is in the process of launching Diaspora Bonds, Sukuk (Islamic) Bonds and also Euro Bonds. The fate of these bonds has not been told too loudly to be audible in the open media. In any case, their success is linked to the Pakistani economy’s performance. The Pakistani Rupee has also depreciated steeply in the last one year, however, exports have not witnessed a resultant growth.

Under the circumstances, Pakistan could have barely managed to spare anymore for its Generals. In Pakistan, no one has the hen that can lay a golden egg.

Pakistan’s unnecessary competition with India in trying to achieve parity in force levels has obviously been the biggest trigger for its financial decline.  The expenditure it incurs to sustain terrorism in India and Afghanistan also requires considerable funds, well beyond what it can squeeze out of the Afghan poppy-based drug trafficking which the ISPR milks.

Pakistani woes will not dissipate until it brings about a strategic reorientation in defining its national intent and objectives. These objectives have to be Pakistani people oriented and not be focused on J&K, dismemberment of India, becoming an extended adjunct of the Chinese – a vassal state; controlling the regime in Kabul to provide it strategic depth.  Pakistan based terror groups may not have been able to destabilise even the Indian J&K state as a whole, but they have impeded Pakistan’s progress to a liberal, modern state that holds out hopes of growth for its citizens.