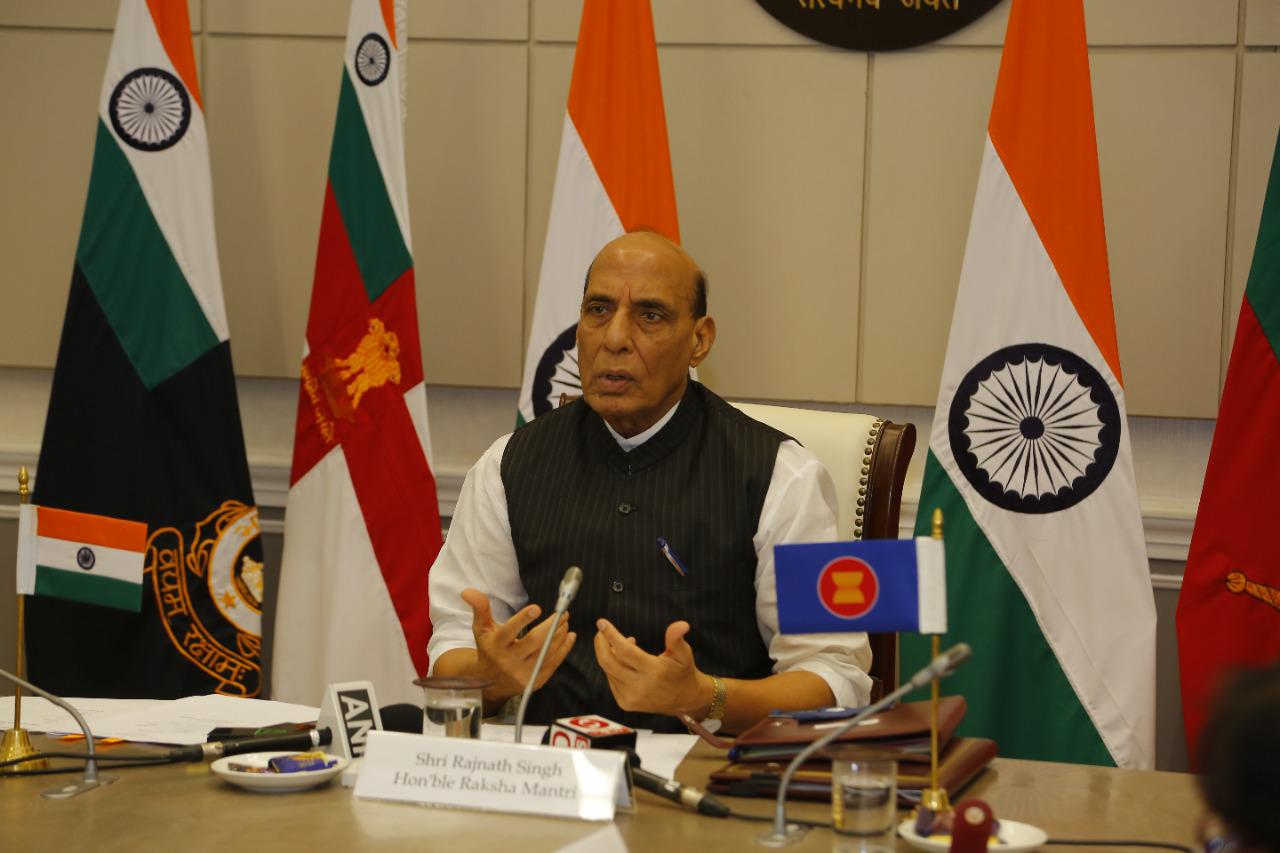 Addressing the ASEAN Defence Ministers’ Meeting Plus (ADMM-Plus), Defence Minister Rajnath Singh said India calls for a free, open and inclusive order in the Indo-Pacific based on the premise of ASEAN-led mechanism as important platforms for implementation of our shared vision for the region. India has strengthened its cooperative engagements in the Indo-Pacific based on converging visions and values for promotion of peace, stability, and prosperity in the region, he said and added India continues to attach importance to ASEAN centrality and unity in ensuring peace and stability in the region.

Indian Defence Minister reiterated India’s commitment to the ASEAN under the ‘Act East’ policy and assured of continuous engagement at bilateral and multilateral levels. “India’s engagement with the South East Asian region, of which ASEAN has been a primary component, is based on its ‘Act East Policy’ announced by Prime Minister Narender Modi in November 2014. Key elements of this policy are to promote economic cooperation, cultural ties and develop strategic relationships with countries in the Indo-Pacific region through continuous engagement at bilateral, regional and multilateral levels,” Singh said.

In an apparent reference to China, the Minister called for freedom of navigation in international waters, including the South China Sea. “The Sea lanes of Communication are critical for peace, stability, prosperity and development of the Indo-Pacific region. In this regard, developments in the South China Sea have attracted attention in the region and beyond. India supports freedom of navigation, overflight, and unimpeded commerce in these international waterways,” he said.

The ADMM Plus meeting is an important platform for ASEAN member countries and dialogue partners – Australia, China, India, Japan, New Zealand, South Korea, Russia and the United States. The virtual meet also saw the participation of Defence Ministers from China, Japan, Russia and the US Defence Secretary.