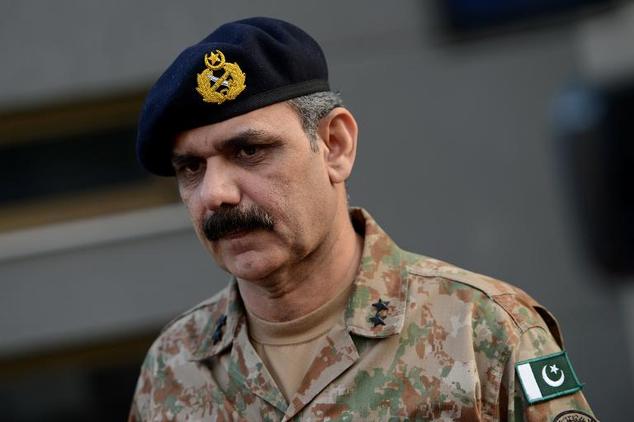 The recently conducted raids by the Indian Special Forces is an expression of India redefining its strategy in dealing with Pakistan. While bleeding even now from the 1000 cuts that Pak deep state has always promised, India has delivered a punch that has stunned the adversary. It has busted four myths that have so far provided the Pakistani deep state the strength to pursue a policy of staging recurrent violent incidents on Indian soil.

These four myths include two in the military domain – the LoC being inviolable and the nuclear overhang that casts a shadow on the Indian response. The other two myths are in the political domain. The first of these is a Paki deep state’s belief that Indian options exercised on Pakistani soil would galvanise Pakistanis, while the other one is an Indian concern that an overtly military response to the Pakistani  game-plan would risk emboldening the deep state and possibility of a war; best averted.

In the early hours of Thursday 29th September 2016, when triumphant Indian Army commando teams returned from their daring ‘surgical’ strikes on several terror launch pads across the Line of Control (LoC) in Pakistan Occupied Kashmir(PoK), hardly anyone at the striking end might have had the time to subdue the adrenalin rush and appreciate the full strategic import of their actions. In the din of celebratory ‘high fives’, embraces and war cries of the paltan, scarcely would they have been inclined to reflect on effects of their actions beyond the tactical. And yet, those tactical fighters in leafy fatigues will go down in Indian subcontinental history as strategic warriors. For their actions not just marked the crossing of India’s self-imposed political ‘lakshman rekha’ of not undertaking military actions beyond the LoC against terrorist provocations (including during Kargil War of 1999) but effectively helped India call four bluffs perpetuated by the deep state in Pakistan; two at the military level and two at the political.

First, at the military level, the bluff of LoC being an inviolate de facto border, which could not be crossed by the Indian military forces, even when the threats were apparent and imminent, has been called once for all. This sort of characterisation had been strengthened in the Pakistani mind after the Kargil conflict (1999) and the ceasefire of 2003, and the consistently responsible behaviour of the Indian side actually provided a psychological cushion for the uniformed handlers of ‘non-state’ actors to undertake well institutionalised support missions with impunity. Therefore, it almost came to be believed as a gospel by the deep state that as long as they play the deadly game with proxies, the Indian army will not cross the LoC, come what may.

The dominant Indian diplomatic and political view, which swore by the 1972 Shimla Agreement, unwittingly accorded a sort of absolute sanctity to the LoC, a deemed boundary that deserved utmost respect, in the spirit of bilateralism that Shimla emphasised upon. The impeccable tradition in India of military’s deferment and compliance of higher political directives meant that the forces on the border would faithfully abide by the code, through the thick and thin of violent peace. That sort of myth making, which actually came in the way of resolute military actions even at the time of deepest provocations, now stands busted.

The second bluff called at the military level pertains to escalatory use of force under the putative ‘nuclear overhang’. A strong presumption prevails across the strategic community in the sub-continent that the asymmetrical war of ‘thousand cuts’ being waged by Pakistan could not be escalated by India because of the development and deployment of India-centric ‘tactical nukes’ by Pak in recent years. This argument, in essence, ruled out any counter action by India, as the same would mean escalating from the irregular to conventional level in the spectrum of conflict, and hence a prohibitive option under the ‘nuclear umbrella’. Hinging on this belief, Pakistan sought to checkmate India’s so called ‘Cold Start’ doctrine by presenting its tactical nukes as a response to deter a punitive Indian conventional attack. This cleverly crafted myth has also been shattered in part because since the surgical strikes took place, the hawkish nuclear bogey in Pakistan appears remarkably subdued and is perhaps waiting for cues from Beijing and other backers for their next moves. The only voice heard so far appears to be of the inconsequential Pak Defence Minister Khwaja Asif, who has faced charges of holding dual nationality and has been at cross purposes with the deep state over handling of cases against Gen Musharraf.

A third bluff, and the most significant in the political context has been called off at the national strategic level. The conception that any military action or threat of a credible military action against terrorism by India, on Pakistani soil, would definitely galvanise the entire Pakistani nation into one, burying differences and closing ranks against the ‘aggressor’; seems to have been dented somewhat this time around. While surprisingly, the response from the deep state is of deflection and denial, its favourite weapon in the arsenal, Prime Minister Nawaz Sharif did not opt for a likewise timid and disingenuous response. And yet, Sharif’ statement has been measured and his words carefully chosen. “No one will be allowed to cast an evil eye on Pakistan,” Sharif said in a cabinet meeting on 30 September, adding that Pakistan was fully capable of executing surgical strikes (Express Tribune). “The nation is standing shoulder-to-shoulder with the valiant armed forces to defend the motherland.” He said that Indian aggression constituted a threat to the entire region and Pakistan would take all measures to protect its territorial integrity. Sharif also said that all steps would be taken to prevent LoC violations or aggression and added that Pakistan’s resolve to establish peace remained strong.

As a seasoned politician, Nawaz Sharif duly addressed various constituencies through his pronouncements, some bluster to placate the concerned common Pakistani in the bazaar and the jawan on the frontlines, highlighting ‘tit-for-tat’ capabilities to satiate more reactionary and Jihadi audiences, stressing on ‘regional’ dimension to attract the attention of bigger powers, and not forgetting to use the ‘peace’ word to underpin the overall benign intent, perhaps in the wake of his country’s growing isolation on the attendance at the now postponed SAARC summit in Islamabad.

It may not be, however, too far-fetched to imagine that Nawaz might have enjoyed a moment of strange, sadistic sense of reproval and redemption against the deep state for being tactically humbled at its own game by the Indians. Having suffered personally and politically for long at the hands of Rawalpindi, the schism between the two Sharif’s clearly unfolded in the manner of their responses to the Indian action. As General Rahil Sharif’s term as Chief of the Army Staff comes near its end, there have been increasing calls for him to play a future, larger role in the muddled political landscape of Pakistan. Therefore, the irony of ISPR statement “…there has been no surgical strike by India, instead there had been cross border fire initiated and conducted by India which is an existential phenomenon at this juncture…” could not be more stark.

The fauji Sharif is renowned to be a wise professional, and having closely seen the uneven path Musharraf took and the denouement he faced, the COAS would probably prefer a quiet retirement like his predecessor, General Kayani.

Finally, the fourth bluff called is at the domestic political level, in India. A large number of Indians, including those of anarchist and ultraliberal oriented, believe that Kashmir is India’s Achilles Heel and in light of spurt in unrest in the Valley, and sharp rise in insurgent activities, it is imprudent to risk a war with Pakistan with overt military action. Such actions would further ‘embolden’ the deep state, demoralise rational civil society voices, internationalise the Kashmir issue more and permanently damage the fragile process of diplomatic engagement with Pak. Moreover, India’s economic bull run could be halted or slowed down by the spectre of war between the two nuclear armed neighbours.

These kind of fears reportedly dominated the strategic decision making at New Delhi in the aftermath of the 2008 Mumbai terrorist attacks of ‘26/11’ when India had considered conducting retributive airstrikes on targets within PoK but ultimately held back. The 2016 political decision to approve surgical strikes across the LoC would go a long way in convincing naysayers to assume more supportive positions against dealing with cross border terrorism. The fact that domestically in India, all major political parties expressed supportive positions to the government’s decision, marks a new chapter in India’s political outlook to use of force against terrorism emanating from Pak soil. The statements from major powers, including China, were quite balanced and hardly appear to side with Pakistan on the Kashmir issue. 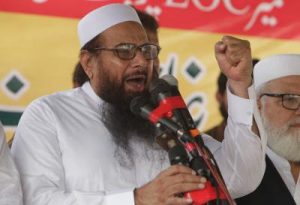 In the final reckoning, Pakistan’s recourse to bluffing as a response to India’s outrage over terrorism emanating from Pak soil may well steadily become a discreditable choice for the deep state. Unpleasant domestic realities are slowly but surely catching up with the institutional backers of anti-India jihadi tanzeems. Stretched on eastern and western frontiers, in different operational postures, the Pak Army finds it harder to maintain the older, more comfortable pattern of peacetime deployment, thereby also having to contend with more stressful working conditions for the troops.

The long term sustainability of enhanced operational posture becomes questionable as budgets come under strain, foreign military aid hard to come by and that too, with conditions, and the national economy standing on crutches lent by IMF and World Bank. The China factor, which Pakistan invariably banks on in its security outlook, has been affected in recent years due to growing internal instability, including incidents of violence against Chinese citizens working in Pakistan. Recently, in a lesser known incident on 27 September 2016, two Chinese engineers were killed in a claymore mine explosion in Windar Kinraag area of Hub district in the province of Balochistan, where an insurgency has been challenging the writ of the state since decades. However, despite the external and internal incentives to seek lasting peace with India, it is highly unlikely that the deep state will give up the proxy path it has chosen to ‘teach India a lesson’ and wrest Kashmir from India.

GHQ may be unsure where and how it will end, but the Guderians of Rawalpindi know no other way than to fight with conceit and deceit. Supremacist and racist predilections stemming from a distorted interpretation of history, a deep longing for revenge against India over loss of East Pakistan (1971), Siachen(1984) and growing influence of radical Islamic ideology among the rank and file, all make an incendiary cocktail for the deep state’s phosphorous of white lies to be subsumed as truth in the Pakistani mindscape. Given the realities, India has no choice but to prepare for a long and continued winter of troubled relations with its western neighbour, whose behaviour will remain characterised by irrationality and unreason, in resonance with the title of a well-known book authored by Dr C Christine Fair, “Fighting to the End: Pakistan Army’s Way of War”. Way to go Rawalpindi! “Par Murshid, marwa na daina.”