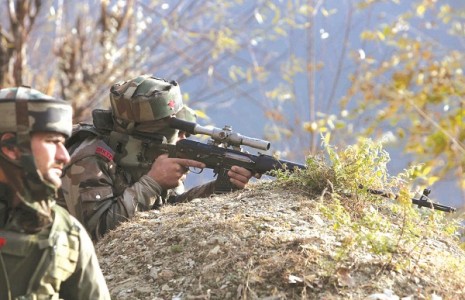 Wider Connotations Of Surgical Strike In Our Environment

A strategic riposte across the border, actuated by a Pakistani attack on the Indian Army’s base at Uri, J&K, has shattered some myths and bluffs that have governed India-Pakistan exchanges for decades. It’s also an indication of a new resolve: New Delhi is ready to escalate should this decades old proxy war not be arrested by its protagonist – Pakistan.
The General, in his article analyses relevant issues in depth and lists out the entire gamut of possible Indian responses, as he wades through Pakistan’s nuclear bluff. It’s a bluff that the Pakistanis have sold for too long; and the whole world has rushed in every time the India-Pakistan rhetoric exchanges have led to the illusion of war clouds hanging low over the Indian continent.

WIDER CONNOTATIONS OF SURGICAL STRIKE IN OUR ENVIRONMENT

India created history on the night of 28 September-29 September 2016 by launching surgical stiles across the Line of Control on seven launch pads where terrorists were assembled prior to their launch. It was for the first time after 1971 War that India officially undertook operations across the Line of Control. The operations were undertaken by personnel from the Special Forces belonging to two battalions. Their performance was flawless and resulted in huge casualties to the terrorists. It is indeed appropriate that the Director General of Military Operations (DGMO) of the Indian Army to telephonically apprise the Pakistani DGMO about the event. The strikes are in retaliation to the attack by militants on the Uri administrative base which saw the death of 19 soldiers and injury to about 30 personnel.
Richard Schultz has defined a surgical strike as a military attack which results in, was intended to result in, or is claimed to have resulted in only damage to the intended legitimate target with no collateral damage to surrounding structures, vehicles, buildings or the general public infrastructure and utilities. Neutralisation of targets with precision prevents escalation to a full blown war. These can be carried out by air strike, air dropping special operations team, a swift ground operation by special troops and precision bombing.
In the current case, all targets were selected in the northern theatre and operations coordinated by Headquarters Northern Command after obtaining necessary clearances. The seven areas on which the strikes were launched were accurately reconnoitred and intelligence provided possibly by Cartosat 2C, Unmanned Aerial Vehicles and intelligence provided by other agencies. As the launch pads were at a distance of 1 to 5 km, it was easy to gather inputs regarding the assembly of militants. Further, in the month of September militants infiltrate in large numbers before the snow season begins. 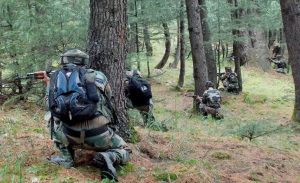 The entire operation needed surprise which was fully achieved as the raiding teams completed their mission and returned intact. The casualties caused to the militants are estimated to be around 38 which are reasonable considering that seven launch pads were raided.
Pakistan has denied that surgical strikes have been undertaken and refers only to cross border firings. In a major damage control exercise they have even flown international and local media to the Line of Control (LoC) to prove that no such incident has taken place. Pakistan is adept at the denial game and one reflects back to the 1971 War when Pakistani broadcasts reported heavy fighting in East Pakistan while the surrender ceremony was taking place.

Pakistan has limited options. Post the Kargil Conflict of 1999, Pakistan has realised, that a proxy war is the best manner of tackling India which enjoys a conventional superiority in forces. They have orchestrated a series of events, the crescendo of Mumbai on 26 November 2008 being the loudest, lesser attempts since then, till they dispalyed open support to the recent agitations in the Kashmir valley since 8 July 2016, consequent to the killing of Burhan Wani; a terrorist who was a Commander of the Hizbul Mujahideen group.

The horrendous action by four terrorists who carried out a brazen attack on the brigade administrative base at Uri compelled India to respond with surgical strikes. Pakistan would definitely react and hit back. The various options which Pakistan is likely to exercise are as under:-
• Activate existing sleeper cells and undertake a major attack in one of our big cities.
• Carry out attacks on the Security Forces in the hinterland of Jammu and Kashmir as also Punjab. They have attacked the Security Forces in Baramula which is about 60 km from Srinagar and are being contested by 46 Rashtriya Rifles.
• Undertake Mortar and Artillery firing across the LoC.
• Undertake raids by Border Action Teams on our posts deployed along the LoC.
• Attack with the help of terrorists our Missions in Kabul/ Herat, or any other country where they can infiltrate their modules.
• Seek assistance from China in contesting diplomatic isolation. Further, China undertakes measures to curtail the flow of the Brahmaputra River to India. Also, China prevents the arrest of terrorist Azhar Masood and continues to aid terrorists operating in the North Eastern part of India.
Indians can use multifarious response mechanisms. India’s use of Hard Power as a retribution for the attacks in Uri has definitely opened many options for denting the terrorist infrastructure which exists in Pakistan. India has gone on a diplomatic offensive which has isolated Pakistan in the international arena. Not a single country has supported Pakistan on this issue. The SAARC summit to be held in Pakistan has been postponed. However China is likely to interfere with one of the tributaries of Brahmaputra and has also vetoed action against Azhar Masood.
Accordingly, we have to secure our borders and our cities during the festive season. We must carry out a detailed checking of all likely sleeper cells and wherever possible block funding of terror organisations. If required we must strongly retaliate with our Artillery. We are strong in firepower and can decimate their terrorist camps with accurate artillery fire. 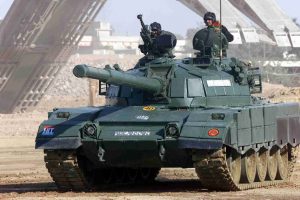 While undertaking these activities we must not get involved in talks with Pakistan unless steps are taken to bring down the terrorist infrastructure. Pressure must be brought about regarding the Indus Water Treaty and in case the situation does not improve withdraw the Most Favoured Nation status with respect to trade as regards Pakistan.
If push comes to shove, our aim must be to dismantle the terror infrastructure in Pakistan. We have superior conventional forces. If the Pakistani Army does not alter its path by our domination of the Line of Control we must calibrate undertaking conventional operations which would entail use of Intermediate Battle Groups in the mountains and riverine terrain in conjunction with Deep Strikes in deserts. While the Battle Groups would undertake shallow thrusts, the Strike formations would undertake Deep Strikes. Pakistan has lowered its nuclear threshold and threatens to use tactical nuclear weapons (TNW) against these offensives.
The TNW is a Cold Tested weapon and its range being limited would have to be deployed in the field at about 40 km from the border making it vulnerable to Indian air and missile attacks. Nuclear weapons of Pakistan are for deterrence, and providing parity with India in a politico strategic realm. The actual possibility of use of tactical and strategic nuclear weapons is proximate only to zero. Senior Pakistani officers have categorically stated that the Indian response to Pakistan’s first use would be total holocaust. In late 2010 with 90 TNWs it was found difficult to stop an Indian Armoured Division moving dispersed on a 30 km frontage.
There would be a minimum inescapable requirement of 436 TNWs to stop an Armoured Division. With the reported accelerated production of plutonium from three military dedicated reactors in Khushab and a fourth under construction it would result in an inventory of 200 warheads by 2020. To further compound to the existing problem, the issue of miniaturising the warhead to fit into the Nasr missile with a 30 cm diameter is a complex engineering problem. Further, data shows that a TNW use against a Tank (Combat) Group moving dispersed over an 8 km front would at best produce 25 casualties and damage to about four tanks. Accordingly not much should be read against the TNW and the Indian Army must retain the option of Deep Strikes particularly in the Southern theatre.
The Artillery must work towards locating the Nasr and develop possibly with external assistance a Make in India project to destroy the Nasr in flight.
The entire response must be synergised and it is time we took the fight back to Pakistani soil. The entire strategy calls for an Offensive Mindset which must work out the details and synergise the leaders, bureaucracy and the Armed Forces to meet the Pakistani challenge.
Surgical strikes have enabled India to teach the terrorists in Pakistan a lesson. It was correct on to exercise a limited military option with an aim to disorient the terrorist infrastructure operating from Pakistan. We must exploit the advantage we have obtained by surgical strikes and continue to explore all means to achieve our strategic objectives.