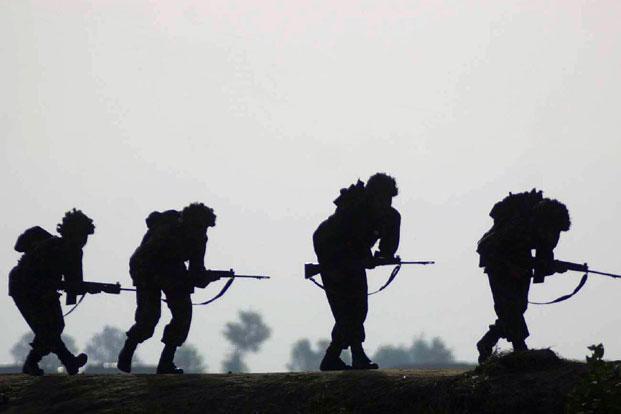 Retribution: Made In India, Felt By Pakistan

The cross-border raids across the Line of Control in J&K by Indian Special Forces undertaken by a country that has practiced enough restraint in its riposte to Pakistani provocations conveyed the dynamism of the current dispensation at Delhi. The author argues that strategic restraint cannot be called a strategy, as such. He argues that India need not forever suffer the war of a thousand cuts; however the cuts that it inflicts on its adversary must yet lead to the fruition of India’s strategic objectives.

RETRIBUTION : MADE IN INDIA, FELT BY PAKISTAN

Strategic restraint does not mean an absence of tactical offensiveness or even aggressiveness. Yet, in some ways this is precisely the trap that some panelists in televised debates cannot seem to climb out of.  Likewise, blogs and the cyber world in general also seem to be quite clogged. The attacks by terrorists, whether at Pathankot, or even earlier incidents, or recently on the Army camp in Uri are tactical actions. These are sponsored and actively aided as well as consistently denied as such, by the “deep state” in Pakistan. They are way-points and events occurring over decades that are yet to yield the strategic outcomes that several Islamabad/Rawalpindi- based regimes have sought.

Our responses, whether diplomatic-political, military, informational and economic (known by the acronym “DIME”, a term widely used in war colleges) also have of late proceeded via tactical steps and perhaps operational strides towards some eventual strategic outcomes. Those of us outside of government and “officialdom” can discern changes in thinking and witness some actions along DIME lines. However, second-guessing a lack of strategic plans, and therefore of objectives, has also happened not only in the last few days but after some previous attacks as well. And they have been mostly wrong. But, weaknesses along all aspects of DIME, from the tactical, operational and eventually strategic levels have been evident in the wake of many depredations that we have endured from the “deep state.” That did not change overnight yesterday, but over the last few months. And that is good.

In this context, a few aspects are quite important. Commenting on the lack of a sufficiently offensive and aggressive mindset amongst some of the British Royal Navy’s (RN) leadership in the First World War, and the bolder attitude of the RN in WW II, Admiral James Goldrick aptly writes, “…start of a record of calculated aggression, and a sustained demonstration that strategic defence requires tactical offensiveness to be truly effective, and which warmed the heart of the most discontented from the previous conflict.” The thought here seems to have been clearer in the members of the Cabinet and other senior leaders in charge of “doing” strategy rather than talking about it. It also is reflected in the strategy of “offensive defence” ascribed to the National Security Adviser. 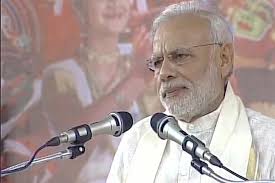 Second, and related, reticence is usually a virtue. That the Prime Minister spoke softly at Kozhikode and displayed “strategic restraint” was curiously attributed by one commentator as a bid not to jeopardise electoral prospects (see Manobina Gupta, First Post, 28 Sep 16).  This brings us to a third point about democracies. It was a point made in a paper by this writer in 2003 on the 1971 Indo-Pak war during a course in the US. In the context of dictators like Pakistan’s General Yahya Khan  as well as Saddam Hussein in 2002-03, I wrote, “Totalitarian leaders are likely to make two mistakes: one, the distinctions between military and diplomatic strategies tend to blur in their exalted egos; second, that democracies lack resolute leadership…” Arguably, the “deep state” is not really democratic; and on their side they envy and hate our democracy.

The term “strategic restraint” is not a particularly useful one to describe strategy itself. Restraint practised for long signifies an absence of strategy. In other words, inaction rarely can yield strategic benefits.  The phrase, strategic restraint, is of foreign coinage perhaps, presented as a compliment to encourage inaction. “Strategic patience” is more appropriate. We seem to accept this label quite readily about China, but pat/ berate ourselves about the former label. At long last, therefore, there is a distinct feeling about India proceeding along a strategic plan with a degree of patience and palpable resolve towards some strategic goals. Perhaps the shrillness of media might reduce somewhat once there is more acceptance of the great line that strategy is easy especially if you don’t have to do it!

But, back to tactics related in time, space and force/scope to the “Made in India” retaliation along the DIME construct.

Firstly: Informational Aspects. Pak may or may not admit to any attack or any significant losses. It ought not to matter. At the tactical level, they may be able to absorb the ignominy. After all, strategic defeats in more than a few wars with India have not eroded the Generals’ ability to remain domestically powerful as well; as also – often in power.

On our part, some informational rectitude would be better than saying too much. It is neither necessary nor always advantageous to celebrate this or future tactical successes in the manner seen yesterday. At the political and senior military levels especially, there is little to be gained from such emphasis. On the contrary, there perhaps are in-built problems in stressing that our troops crossed only the LOC and not the border. We may need to do just that in time to come for our own tactical and operational objectives. These actions could be in retaliation or even pre-emptively when Pak troops or “deep-state” elements attempt their “tactical bit” at places other than across the LOC.

One only needs to look at the geographic spectrum of Israeli/ American and even Russian retaliatory measures to realise that emphasising the “LOC” angle is counter-productive.  Further, long-term strategic plans do not require press briefings. Likewise, briefings on such tactical actions perhaps are better left to military spokespersons rather than conducted by senior level officers. If yesterday’s action against Pak terrorists in POK is a beginning, we may as well give it lower-key informational treatment. Simultaneously, attempts to gather and continue gathering intelligence (a subset of Information after all) to enable more tactical neutralisation could become more challenging but all the more necessary. In his useful framework of war’s trinity, Clausewitz mentions the passions of a people are an important factor. The challenge, especially in our informational age, is not to conflate the distraction of tactical level prime-time passions with the harnessing of passions as a strategic strength. 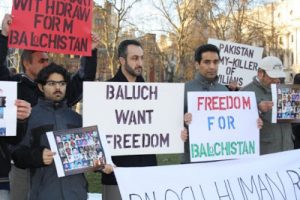 Secondly: Diplomatic Tactics. Speaking softly in diplomacy at politico-MEA and military levels, while carrying a big stick, is almost always helpful. But this requires coordination and walking the talk together. Besides, a general lack of international support should be expected as explained by Mr Sreenivasan (rediff.com/ 29 Sep 16). Once the “tactical” dust settles, we should not appear disappointed or worried about lesser than expected kudos and deflect/ ignore any expressions of concern amidst the usual refrain of two nuclear powers on the brink of war. Pakistan will certainly play up the Balochistan bogey in terms of the “Indian hand”. This is another issue to be handled and current indications are that not much of the world is buying Rawalpindi- Islamabad’s spin even as we have managed to focus its gaze on the tragedy the Balochis are experiencing. Tactically, the SAARC members’ worries about Pakistan are also useful. The challenge would perhaps be in strategic leverage. This must surely be something Indian diplomacy is already working on.

Thirdly: Military Aspects. The attainment of our own strategic objectives or the prevention of an enemy achieving his own, is a dynamic, fog and friction-prone process. As explained earlier, Pakistan has orchestrated many tactical actions on Indian soil and we should expect them to be even more imaginative in terms of time, space and force. To foil their strategy, despite suffering some tactical setbacks, will require many things including  a clearer appreciation that ultimately a nation has to win at the strategic level; war and warfare need to be distinguished and one not mistaken for the other. Pakistan’s terrorism- based strategy seems to mimic, in a sense, the actions of the Socialist Revolutionaries (SR) of Tsarist Russia, an interesting case study in itself.

It is necessary for us to understand that their war of a “thousand cuts” is more warfare of a thousand cuts than war. Of course, this does not mean that we continue suffering these cuts. However, the retaliatory/retributory tactical cuts that we inflict upon the adversary must be such that they lead us to our strategic goals. That is the sense in which this article has been titled. Another aspect is that too much need not be made about having suffered no casualties as such because there could always be some in such actions. Commentators may say what they may wish about casualties, but the Services should avoid getting into a quandary over this.

Fourthly, Economic. The moves towards impacting Pakistan economically, such that it actually sees some light in the benefit of economic progress for its own people as against terrorism as a major export are good ones. This is what was said by PM Modi recently at Kozhikode. Simultaneously, harder pressure like doing away with MFN status; reducing Indian generosity as an upper- riparian state; encouraging  nations that provide Pakistan economic and military aid to rethink; reducing the hoped-for benefits for China in the CPEC are some of the tactical- operational steps for  gaining strategic objectives.

At the tactical level, therefore, it is a case for multi-agency teamwork resulting in a DIME-a-dozen successes with perhaps a setback or two. Nothing should derail us from a national- strategic focus on ultimate success. It is important that we distinguish between stratagem and strategy; and link tactical actions of the DIME framework to strategic outcomes.