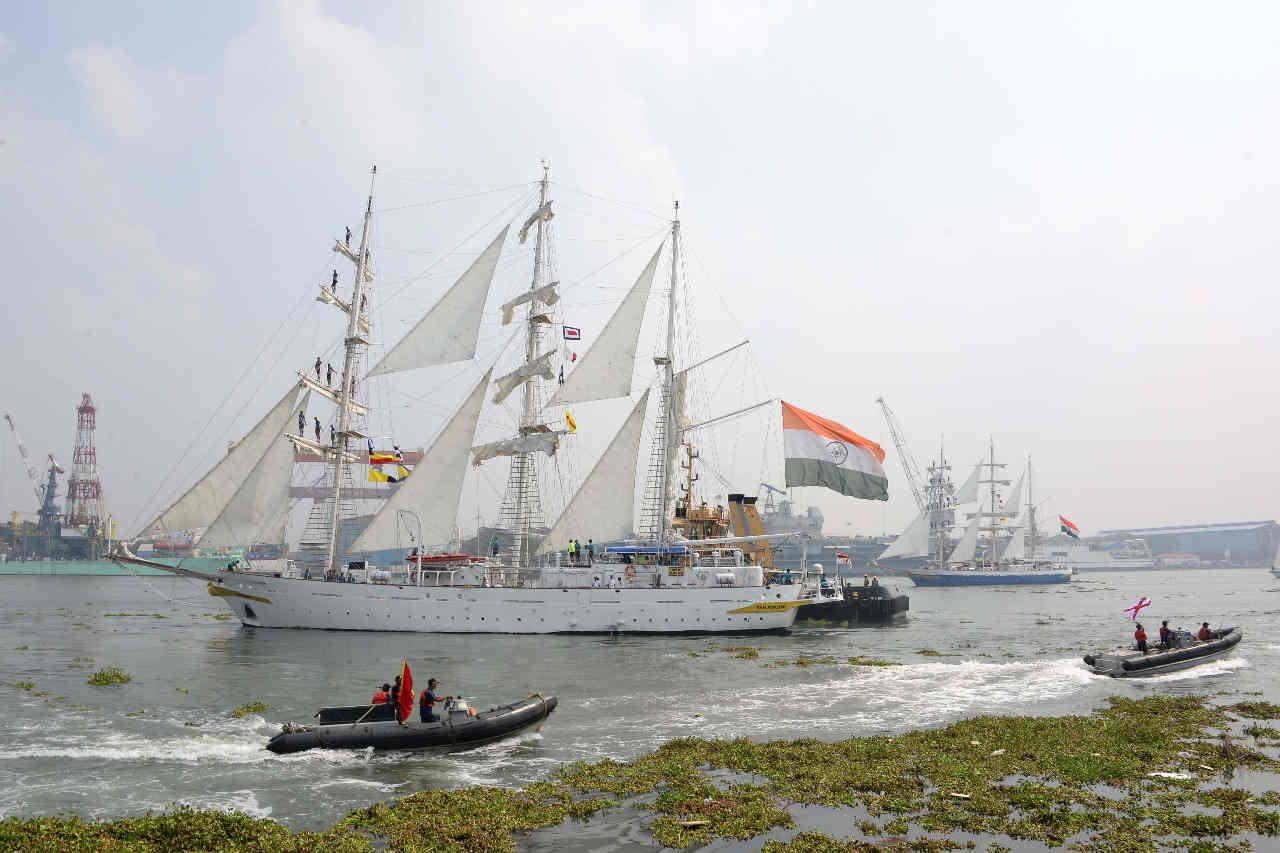 Beyond A Triangular Conception: The “Peninsula” Command

Immediately after the Prime Minister had announced the creation of the post of Chief of Defence Staff in 2019, we at BharatShakti.in had published three articles by RAdm Sudarshan Shrikhande (Retd) looking ahead at what shape the higher defence reform process could take. Nearly two years down the line, these thoughts remain relevant and provide food for thought. Here’s the second of the three-part series we are reposting.

As reported in the media on 17 February 2020 —during a time when most of the world was yet not quite admitting that a global crisis might be around the corner—the Chief of the Defence Staff said that among other graduated steps being taken to steer the country towards Joint Theatre Commands (JTC), studies would be commissioned to formulate the contours, constituents and purposes of the so-called Peninsula Command. To quote a report (ET), “The proposed peninsula command will be formed by merging the navy’s western and eastern commands and will spread from the Sir Creek near the Arabian Sea to the Sunderbans in the Bay of Bengal.”

One can assume that preliminary work on the form and functions of this planned command may have started in all three Service Headquarters (SHQs) and the newly set up Department of Military Affairs (DMA). This article delves into some aspects that could be considered to make such a command an effective and vital constituent of the nation’s ability and capacity to be ready across the spectrum of conflict. The spectrum starts from the conditions of peacetime to inter-state war and the nuclear deterrence postures that span the entire bandwidth itself.

This author had suggested earlier what a possible road-map that leverages integration as input and enables jointness as output could look like. Among other things, a phased approach to setting up joint theatre commands as suggested such that by the end of six years, all such commands would be in place. By then, perhaps we could complete the necessary transition to the CDS exercising military command through the JTCs. Simultaneously, SHQs would be able to make the transition to the very important functions of “Raise, Train and Sustain” without which the JTCs would not have the bite required for the types of future warfare complexities we need to remain ready for. The pace at which these important transitions are actually made would, of course, depend on the directives that the government gives the DMA, MoD and SHQs. It could certainly be done earlier than my proposed period.

A quick, but the macro-level point that I would like to suggest here is that in due course when the CDS is the war-fighting principal commander, and while he also remains the principal military adviser, he may benefit from having a VCDS and VCDF. The VCDS would help the “Integration” part and the longer-term issues of force planning, human resources, defence budgeting, Civil- Mil interface and those liaison and coordination aspects of “raise-train-sustain” that the current MoD (other than the DMA) and the SHQs would be responsible for. In essence, the VCDS could handle the DMA part on behalf of the CDS.

The Vice Chief of the Defence Force(s) [please see the reference to the Australian “Three Services but One Force” approach] could head the joint output functions that are the key to bring jointness into warfighting. The PM’s 15th August speech seems very clear and unambiguous in that the government is looking ultimately at the armed forces to better address these output issues. I may add here that having a parallel, but an interconnected arrangement of a VCDS and VCDF under the CDS is only an outline proposal I am working on. However, further internal staff studies by all concerned would be very necessary to give it full meaning.

Naturally, a transition should avoid creating internal disruption as such. Therefore, initially, it seems very appropriate that the CNS and NHQ would be the lead agent in drawing up the functions, form and fit of this new JTC in conjunction with the DMA and other SHQs. One supposes there would be analogous lead agents for the Air Defence Command and so on. At appropriate times and in smooth steps, the military command could be transferred to the CDS via the VCDF and the Joint HQ.

The suggested Southern Command (SOUTHCOM) would be outward-oriented for furthering and protecting India’s interests in which the seas and oceans are vital highways to our neighbours, trading partners, friends and adversaries. At all times and in all conditions, the SOUTHCOM (which must include the ANC in the final stages of the command being raised)  will do its bit in the DIME rope of statecraft, especially in military diplomacy, multi-dimensional security, defence partnerships and economic well-being of India and our friends.

One supposes that a major portion, if not almost all of the navy’s forces, will be under the primary operational responsibility of this theatre’s commander. Significantly, and to illustrate, the theatre responsible for deterring and countering Pakistan would be under – say – a JTC called Western Command. In several ways, assets of SOUTCOM would be periodically assigned to it and would jointly train and exercise with it. Some quick-strike and coastal patrol naval assets could be permanently assigned to this WESTCOM, of course, but to be augmented as required. Likewise, there would be some IAF assets that would be on general permanent strength of the SOUTCOM and, depending on the tasking required, augmented by IAF assets and resources from other commands. The same rationale applies to Army assets.

The details are important but need not be gone into here. The late Colin Gray’s guidance, “Geography is not joint but warfare is” is a very useful one. While the CDS and VCDF will be in the chain of military command, a future CNS would be fully engaged in the raise, train and sustain functions while having a say in the operational arena not as a commander, but as a military adviser and member of the Chiefs of Staff Committee.

From Teething Problems to Sharpening the Bite

There are bound to be teething problems in setting up this or any other JTCs. Yet, fundamentally, it is not something that takes us into uncharted waters. At its simplest, a JTC is a better way of handling the business of joint military outputs across the spectrum of peace and conflict. There is another maxim, if you will, that would help planners and decision-makers at all levels of government, but especially so, in the armed forces, which are required, more than anyone else to integrate the inputs and generate the joint outputs. The maxim could be simply stated: If in doubt, think of what would be best for the nation!The right answer will surely stare us in the face!

This article first appeared on 26 April, 2020, at bharatshakti.in