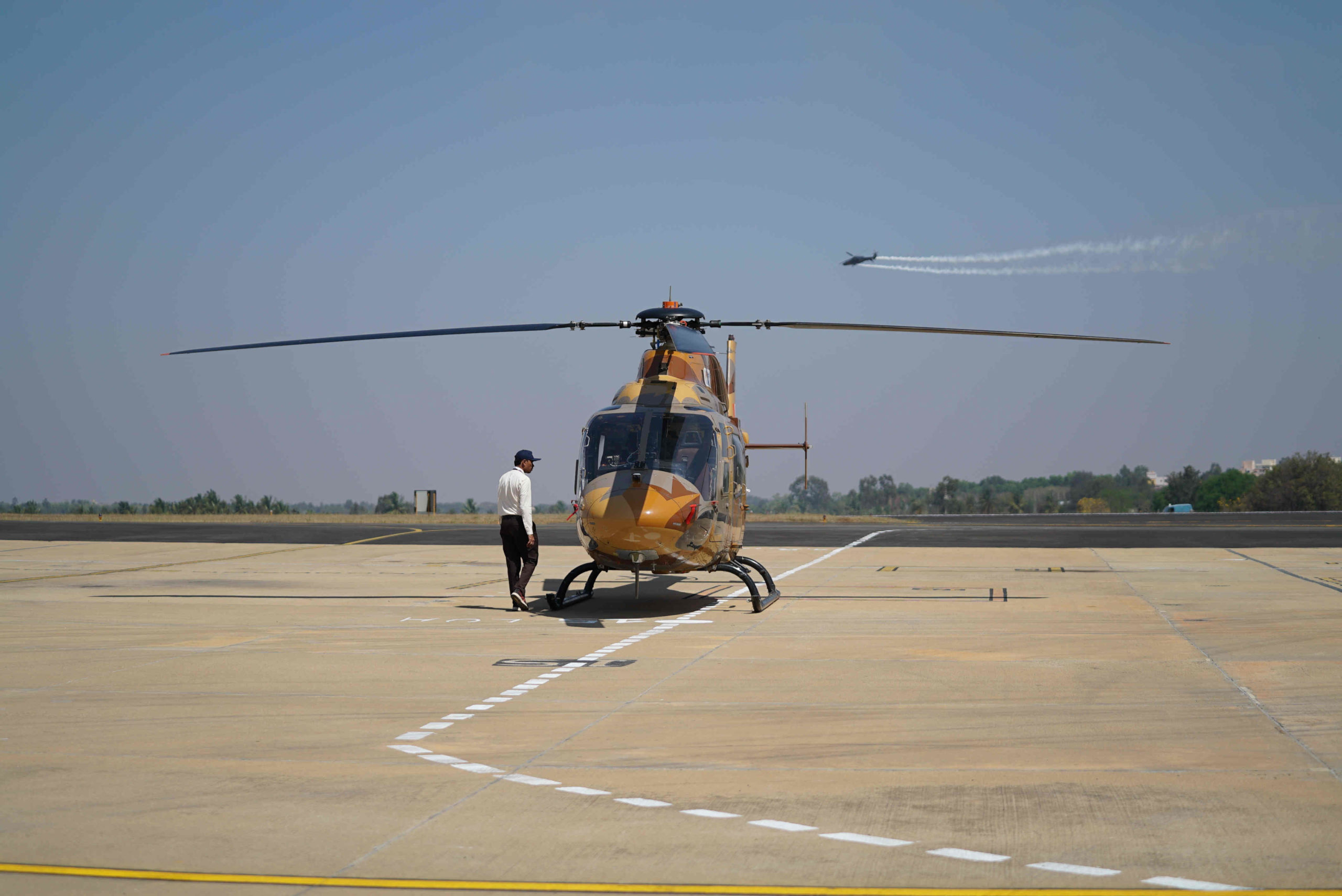 We are faced with an unprecedented situation which cannot be set right in the short term. Economies of nations across the globe are in a tailspin. Though the IMF outlook for India still lists the country in the positive growth band, the assessment may not hold true. With such stresses being experienced by the economy, defence allocations are bound to suffer. The author provides a rational view and draws a few conclusions the armed forces need to brace themselves for.

Surpassing all economic crises of the past, the COVID-19 pandemic has hit economies across the world as never before. Forced to go into a nation-wide lockdown in the last week of March, it has been a double whammy for India that was already going through an economic slowdown before the outbreak of the deadly virus.

The International Monetary Fund (IMF) scaled down India’s growth estimate for the current fiscal to 1.9 per cent last month from 5 per cent estimated just three months earlier. Though it also added for good measure that India and China would most likely be the only two major economies to register growth despite the pandemic, it cannot bring any immediate cheers to either the government or the citizens braving the current crisis.

Cessation of practically all revenue-generating activities during the lockdown period has impacted the government finances and it will take a long time even after the lockdown is completely lifted for the government revenues to start flowing again. The impact will be felt on receipt as well as the expenditure sides of the government’s balance sheet.

Almost two-thirds of the current year’s estimated receipts are slated to come from taxes and non-tax receipts such as the interest received on loans. There is hardly any scope for augmenting receipts from these sources. In fact, with the general lowering of incomes, the government will be lucky to meet the budget target.

Of the remaining one-third, about 20 per cent is planned to be raised through disinvestment which, in the present circumstances, seems like a pie in the sky. It bears recalling that last year, the targeted amount, though half of this year’s, had to be reduced by as much as 40 per cent at the revised estimates (RE) stage, indicating that disinvestment is not an easy task.

Borrowings are the third important component of the government’s receipts, which, for the current fiscal, were projected to be Rs 7,96,337 crore. With the decision announced earlier this month to borrow additional money, the total borrowings for the current fiscal would now be Rs 12 lakh crore. The borrowing limit of the states has also been raised from 3 per cent to 5 per cent.

These borrowings will inevitably push up the interest-payment liability of the central and state governments, adding to the pressure on the expenditure budget.

Even with this additional borrowing, it will be difficult to meet the demand from the various sectors, including health, manufacturing, services, agriculture, infrastructure, just to mention a few. However, the imperatives of containing the fiscal deficit and avoiding a debt trap may restrict the space for further augmentation of receipts through substantial additional borrowings.

On the expenditure side, the government finances are under tremendous pressure. Five tranches of economic aid announced so far include Rs 12,95,450 crore (6.4 per cent of the GDP) for food security, direct cash transfer, funds for rural job guarantee schemes and credit guarantee to MSMEs.

Other monetary and micro-financial measures amount to Rs 8, 01,603 crore (3.9 per cent of the GDP) and cover policy rate cuts and other steps taken to boost liquidity. None of these measures was avoidable. If anything, more measures may have to be taken in the coming months.

While not refraining from extending financial support across all the sectors affected by the present crisis, the government is evidently trying to cope with the strain on its resources by effecting savings in expenditure and reprioritising them.

Towards this end, we have already seen freezing of the dearness allowance and curbs being imposed on expenditure during the first quarter of the year, which may extend into the next quarters also. There is much speculation about the possibility of temporary pay cuts for the government employees, which incidentally, has started happening in the private sector.

While the government may be wary of taking very harsh steps, and as of now there is no indication of that, it may be left with no option but to at least freeze the next round of increments due in July, and as a last resort, impose graded pay cuts. Our solemn expressions of solidarity with the nation will be tested, if and when, any such step is taken.

What implications does it have for the defence budget?

First, notwithstanding the gap of more than Rs one lakh crore between the requirement projected by the services and the actual allocation this year, it is highly unlikely that any additional funds would be forthcoming during the rest of the year.  In fact, the Defence Ministry should count its blessings if there is no reduction in its allocation.

Seen in this context, the decision to provide a separate budget for domestic capital procurement, announced by the Finance Minister on 16 May, is perplexing. Even if it is meant for the future, it would make sense only if the money for this purpose is allocated over and above the average yearly growth in the capital outlay.

Second, considering the virtual impossibility of any additional allocation being made this year, the defence establishment, including its civilian component, will have to focus more sharply on short, as well as long-term cost-cutting measures, however painful it may be to do so.

Typically, about 44 per cent of the total defence budget is allocated for revenue expenditure of the services, of which about 65-70 per cent is spent on salaries and other obligatory expenses. This component of the revenue budget is unlikely to be impacted beyond whatever policy measures are adopted by the government for all its employees and pensioners.

The second major chunk of expenditure is defence pensions which accounts for more than 28 per cent of the total defence budget. This is also unlikely to be impacted beyond freezing of the dearness relief till July 2021, which has already been announced.

Unlike last year, when the additional allocation of Rs 17,809 was made at the RE stage (of which Rs 11,000 crore was for the services and another Rs 5,730 crore for pensions), this time there is little chance of any additional substantial sum being allocated under the capital budget, except probably to the extent it may be required to honour some contractual liabilities which cannot be deferred.

It will require a two-fold approach to cope with the resultant situation. One, keeping the allocation for salaries, pensions, and other obligatory expenses (on rations, etc.) intact (which accounts for between 50 to 60 per cent of the total defence budget), the priority for spending the rest of the allocation will have to be rearranged.

The top priority will have to be given to honour contractual commitments which cannot be deferred, followed by placement of new orders (to the extent possible within the available funds) on domestic labour-intensive small and medium suppliers to meet absolutely inescapable operational requirements, keeping in view its likely impact on cash flow in the coming years.

Two, all-out efforts will have to be made to effect savings. While more than 50 exercises slated for the current year have already been suspended, a similar call will have to be taken about the training courses, conferences and conclaves (which can be replaced by webinars and teleconferences), foreign visits (such as the visits for pre-dispatch inspection), and regular postings and transfers. Some of these measures have already been announced.

The scope for savings through these means may be limited, but every penny saved in the present times would help in tiding over the situation. To recall what Jon Huntsman, Jr, an American businessman, diplomat, and politician said, “If we can’t find cuts in the defence budget, we’re not looking carefully enough”.

Just so that it is clear, this applies equally to the ministry’s civil budget which accounts for Rs 14,500 crore of the total defence budget.

Third, the financial crunch is likely to continue over the next couple of years. Consequently, the defence budget may not grow on the expected lines, or even at the current rate, in the coming years. This calls for a completely new approach to defence planning, taking into account the new financial realities, which has for long been the bane of defence management.

To sum up, in the best case scenario, the Defence Ministry will have to make do with the current budgetary allocation and,  at worst it should be prepared for say a 5 to 8 per cent cut later in the year, with a stunted increase in the defence outlays in the coming years. One would be happy to be proven wrong on both these counts, but it may not be a bad idea to brace for the impact.