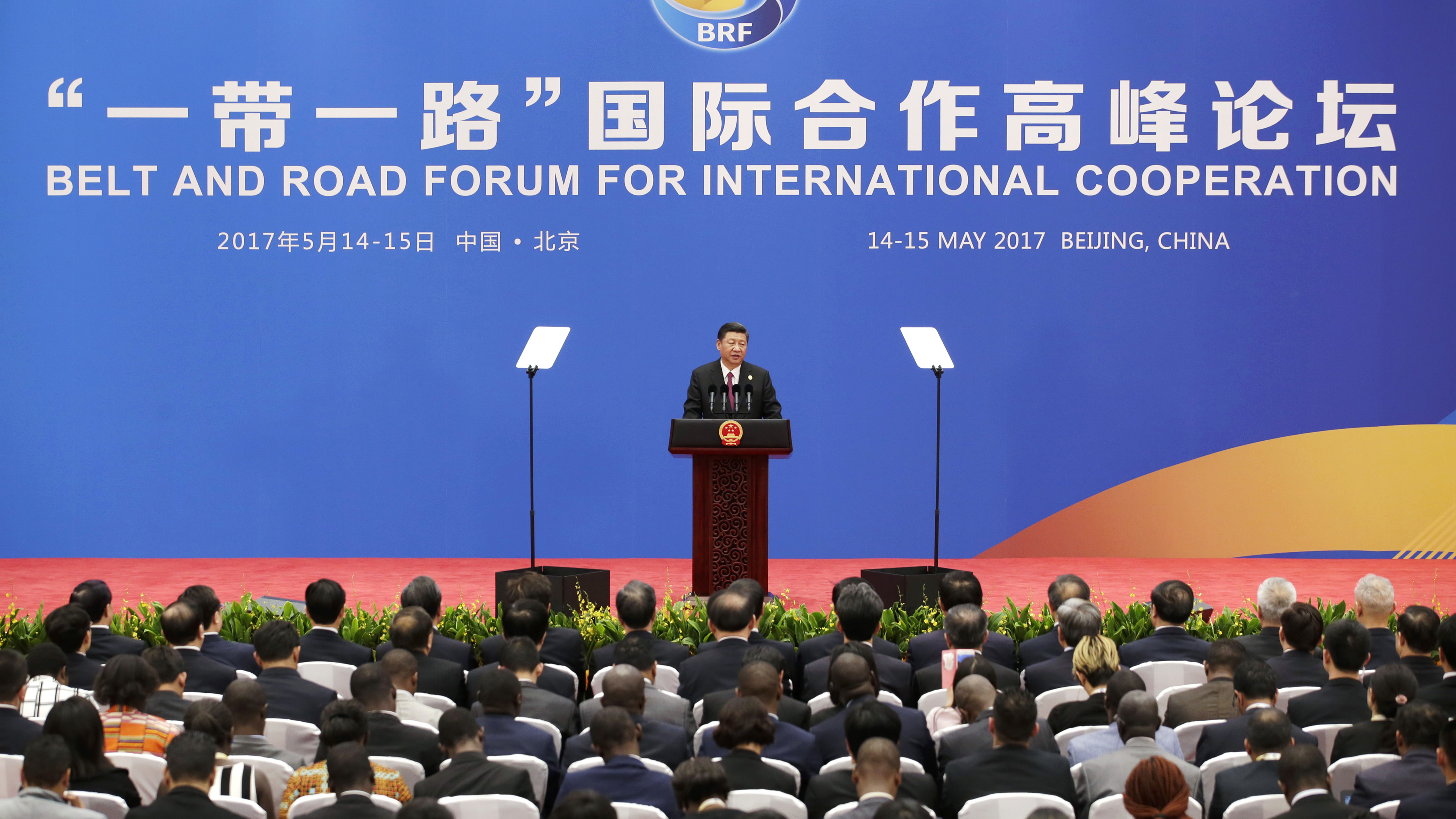 BRI: India Must Project Itself as Beijing’s Normative Competitor

With the second Belt and Road Forum concluding, analysts are discussing the content and the outcomes of the summit that discusses one of the most ambitious global projects- the Belt and Road Initiative (BRI) – initiated by China. The apparently conciliatory tone of President Xi in the inaugural speech, especially when compared to the last summit, was an indication of concerns China has regarding the emerging perceptions about BRI among many countries. A total of 36 Heads of States or Government attended the forum; four less than what China had expected. India, intelligibly refused to participate expressing strong reservations regarding the BRI, claiming it violates India’s sovereignty. 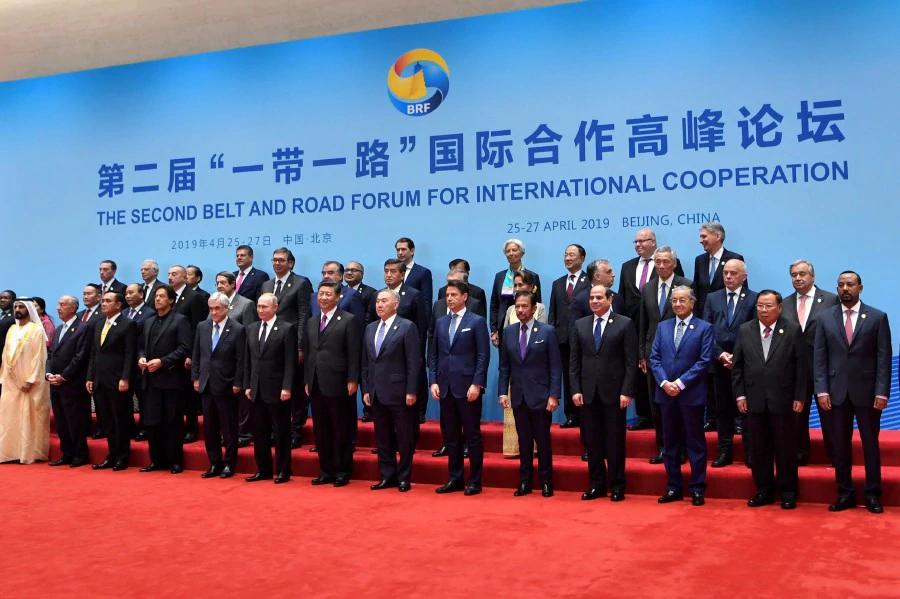 Another significant absentee was the United States which has given no specific reason for skipping the forum. India has all along maintained that apart from the fact that BRI is a direct impingement of its sovereignty, it also lacks transparency which gives credence to the apprehension that it is a strategic project under the guise of economic development. Slowly, but certainly, that feeling is increasingly resonating in many countries.

A recently conducted survey by the ASEAN Studies Centre conducted survey by the ISEAS-Yusof Ishak Institute, Singapore, revealed the concerns regarding the imperious nature of BRI as expressed by an array of government, academic and business communities, civil society and media professionals from the ten ASEAN nations whom the survey focussed on. Apart from the apprehensions regarding the unsustainable financial debts that countries might face as a consequence of their engagement in BRI, a majority of the respondents also feared that Xi Jinping’s hallmark Belt and Road initiative would bring ASEAN closer into China’s orbit. This apparently is the latest in the series of caution but intended expression of the insecurities BRI is generating in different countries given its perceptible political and strategic overtones.

Earlier, even IMF Chief Christine Lagarde had warned Chinese regarding BRI becoming a boondoggle that drives up debt in the region. In Africa, Sierra Leone became the first country to scrap a project to build a China-funded $318-million airport outside the capital, Freetown. There also were reports suggesting that Pakistan might consider renegotiating agreements reached under China’s BRI.  As the optimism which BRI generated initially appears to be fading to some extent at least – it provides a direct avenue for India to project itself as Beijing’s normative competitor. 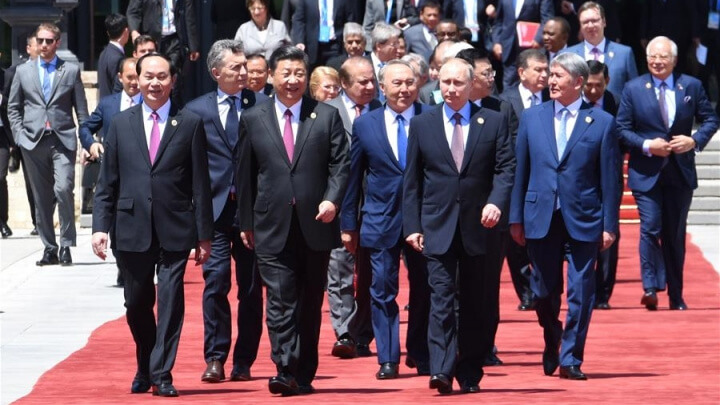 At the core of Global and Asian structural re-ordering is the rise of China. More significant however is the nature of its rise which attempts to displace not only the existing powers but is also attempting to build a new idea for a world order based on the values which Chinese consider are intrinsic to their value system. What is more critical is the approach which China has taken in realising its strategic objectives.  China is making no secret of its assertive ambitions and under the leadership of Xi, it is seen to be decisively moving ahead towards its objectives. The 19th Party Congress address was a manifesto for the next century where, apart from the other revivalist ambitions, China was also seen to be assuming the role of an ideological evangelist trying to export the Chinese model to the world as opposed to the existing western model.

A positive for India that has come out of China’s rise and the growing apprehensions in some countries about its rise, is the opening up of avenues to strategically engage with the major powers attempting to maintain a balance in the region. With India’s steady economic and military rise, its commitment to the values of democracy and its established credentials of a responsible nuclear power, India is eyed as a natural balancer to China in the region. The dilemma, however, is how to balance China. The resource differential – both economic and military – between the two Asian giants is clearly in favour of China. To balance China internally is, therefore, a long term project. In the short run, however, apart from building strong strategic partnerships, India should build and use diplomatic leverages to pose itself as a normative competitor of China. Growing concerns with regards to BRI provides India with a window to build such leverages. 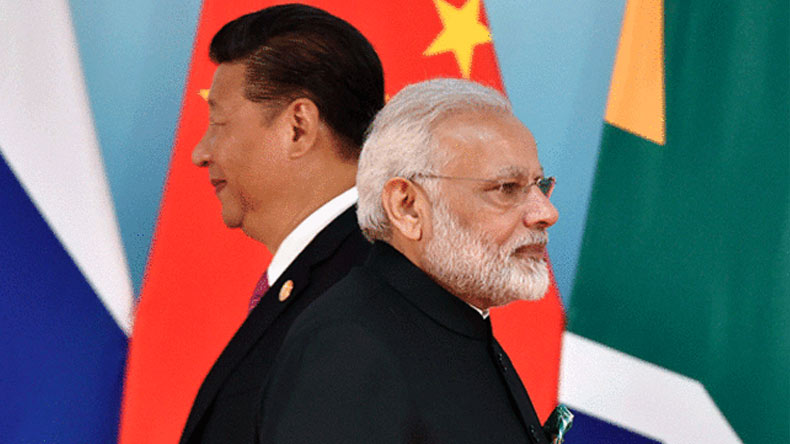 To that effect, India has given hints of its inclination of challenging this apparently imperious narrative on several occasions. Recall, for instance, Modi’s inaugural address at Shangri La which was an example of such efforts. Modi used the forum to challenge China’s normative disruptions and he did so by putting forwards India’s vision for Indo-Pacific. While he began by India’s commitment “for a free, open, inclusive region, which embraces us all in a common pursuit of progress and prosperity”, he was forthright in saying that “we believe that our common prosperity and security require us to evolve, through dialogue, a common rules-based order for the region.”

While talking about connectivity, Modi was unambiguous in his reference to China when he noted that “there are many connectivity initiatives in the region. If these have to succeed, we must not only build infrastructure, we must also build bridges of trust. And for that, these initiatives must be based on respect for sovereignty and territorial integrity, consultation, good governance, transparency, viability and sustainability. They must empower nations, not place them under impossible debt burden”.

Just as Modi was forthright in his references to imperious China, he was equally emphatic on India’s vision for the region and how it plans to evolve its engagement with it. Interestingly, he did so quite alike the Chinese way – by taking recourse to civilizational values and ethos. Modi maintained, “India’s own engagement in the Indo-Pacific Region – from the shores of Africa to that of the Americas – will be inclusive”, further adding that “we are inheritors of Vedanta philosophy that believes in essential oneness of all, and celebrates unity in diversity एकम सत्यम, विप्राः बहुदा वदंति (Truth is one, the learned speak of it in many ways). That is the foundation of our civilizational ethos – of pluralism, co-existence, openness and dialogue.”

Apart from this, India on several occasions has tried to raise concerns regarding the nature of BRI and its likely consequences on the established order. In doing so, the emphasis on sovereign equality in using global commons, respecting territorial integrity and sovereignty, the necessity of rules-based order and progress and prosperity for all were the key pillars articulated.  Modi’s iterations indeed point to the possible initiation of an ideational response to the ambitious BRI from India.

Beyond this, India needs to work proactively in building a strong narrative which inevitably involves identifying and working with like-minded countries to build a strong counter-narrative. A lot of EU countries, for instance, have openly expressed their apprehensions regarding the nature of BRI financing and it’s likely after effects. While this year’s forum witnessed significant participation of European member states – almost 10 European heads of state were present in the forum. Major European countries like Germany, France and the UK did not send their top leaders implying a level of discomfort with the entire project. India should actively engage with these countries to build a strong counter-narrative to the BRI.

While the first component is aimed at building a strong perception regarding the possible economic and strategic perils of BRI, the other aspect on which India should focus on is building an alternative to such a model.  The Asia Africa Growth Corridor (AAGC) promises to be a good model in this regard. Generally assumed to have been conceived in 2016, AAGC is a collaborative effort of India and Japan to connect the two continents of Asia and Africa. 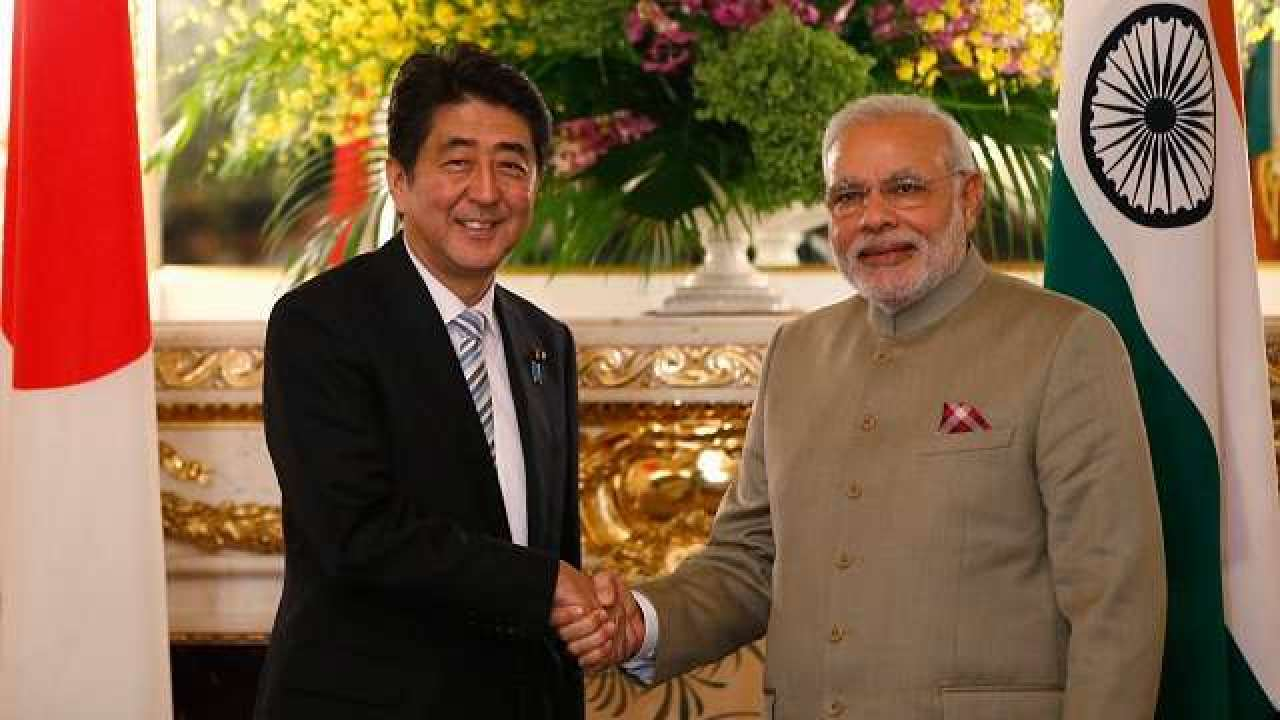 AAGC is so structured as to connect East Asia, Southeast Asia, South Asia with Africa and Oceania. Though there is no direct link between BRI and AAGC, it appears to be conceived as an effective counter-weight against BRI, where the emphasis is on the promise of it being more consultative and inclusive than the BRI. Both PM Modi and PM Abe on multiple occasions, including in their joint statements, have stressed the importance of free and open Indo-Pacific and have expressed willingness to work together to achieve it. India must actively pursue it and lead it to have a meaningful impact.

The forums like BIMSTEC and IORA, which have remained dormant for too long, should also be used to not only normatively counter an imperious project but also as forums to disseminate the alternative narrative. Given the emphasis of both the above forums on connectivity and open and collaborative regionalism, the two provide a readymade avenue to initiate India’s normative manoeuvrings. For long, India has neglected these forums and has understated its strategic utility. India must actively consider reinvigorating such forums to suit its interest.

China’s ascent, economically and militarily, is no doubt the most defining feature of the contemporary international relations. Its rise has disturbed the global balance of power and is challenging the established order. The feeling that China may want a multi-polar world globally, but a unipolar Asia is fast gaining credence. To that effect, China is heavily investing – diplomatically, economically as well as militarily. China’s relentless rise is likely to affect India’s interests in the region, and also globally. To be able to face it, India must have clearly identified objectives and well think out a long-term roadmap which blends a combination of hard as well as soft power – the second component is where China supposedly is lacking.

While India may be attempting to build a counter-narrative to Beijing’s overtures, the central questions remain the relative capability of both the nations. Beijing is undoubtedly way ahead of India in terms of its capabilities and is increasingly augmenting its resources. A lot will, therefore, depend on the way India manages its strategic partnerships to be a meaningful alternative to China in the region.