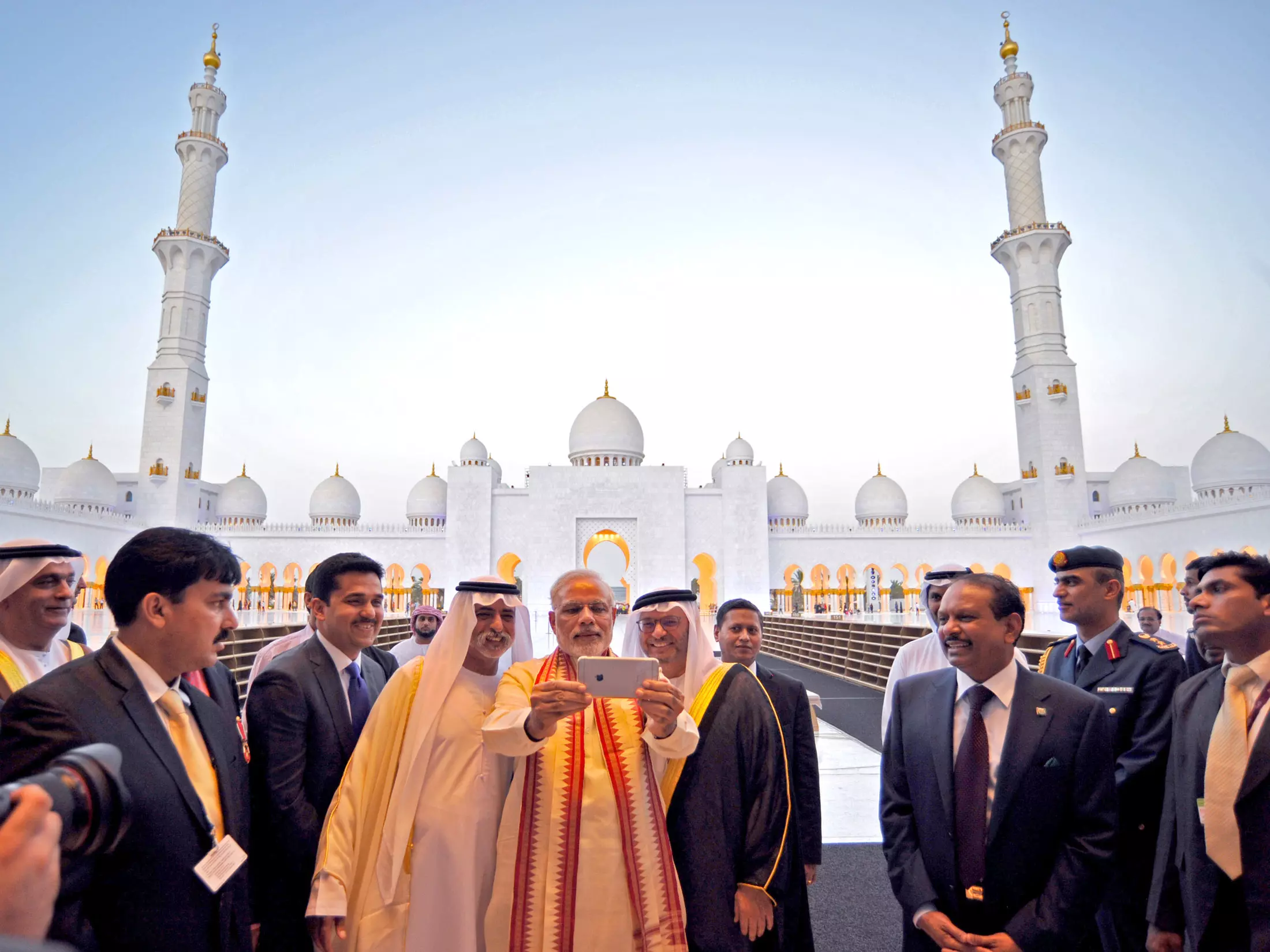 Gulf nations’ first Hindu temple’s foundation stone laid on April 20 in Abu Dhabi was an occasion for rejoicing by thousands of Indian expatriates living in the region. The plan to build the temple was approved by the Emirate’s government during Prime Minister Narendra Modi’s first visit to the UAE in 2015. The historic occasion underscores NDA government’s hard work to build closer ties with West Asian countries, particularly Saudi Arabia and the United Arab Emirates (UAE).

The trajectory of the strategic partnership between India and the Gulf countries is on the ascendant ever since Modi came to power in 2014. For several years, Arab Gulf-India relations have been driven by the same “oil-gas for investments” formula that the Gulf Cooperation Council (GCC) region pursued with us. But the Act West policy has unfolded new layers of the alliance, oriented towards real partnership in almost all geostrategic domains; security, fight against terrorism, crime, military-to-military cooperation, and maritime interests.

From inviting India for the first time ever as a guest of honour in the Organisation of Islamic Cooperation (OIC) meet, in spite of a protest boycott by Pakistan, to UAE promising to invest $75 billion to boost infrastructure and opening up of the defence and space sector for partnerships, the ties have come a long way. UAE has also contributed in building Indian strategic oil reserves besides investing jointly with Saudi Arabia in a planned refinery project in Maharashtra. 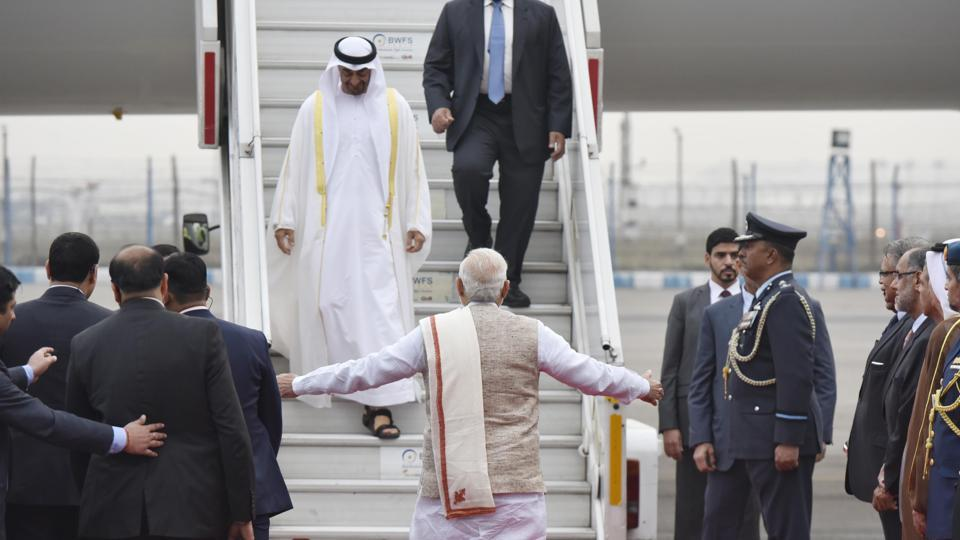 The Abu Dhabi Crown Prince, Mohammed bin Zayed al Nahyan, who was the Republic Day Chief Guest in 2017, and the Crown Prince Mohammed Bin Salman (MBS) who was in Delhi just after the Pulwama attack in February 2019, both played a key role in defusing the India-Pakistan tensions. The Saudi Crown Prince’s visit to India is a diplomatic landmark and is yet another indicator of our successful West Asia policy. During his maiden trip to New Delhi, the Saudi Crown Prince opined that there is over a $100 billion worth of investment opportunities in India over the next two years.

In January 2017, India and the UAE signed a Comprehensive Strategic Partnership, upgrading their relations with thirteen new Memorandum of understandings (MoU). India sees UEA as one of its main destinations for arms exports in the future. In fact, strengthening the defence partnership was one of the major outcomes of Modi’s 2015 trip. It was the first by an Indian Prime Minister to Abu Dhabi in over 34 years. The growing India-UAE strategic partnership can be gauged from the fact that Abu Dhabi sent a clear public statement on September 19, 2016, a day after the Uri attack, suggesting that New Delhi should take decisive action against the perpetrators. Earlier too, the UAE was among the countries that came out in India’s support within hours of the Pathankot attack. 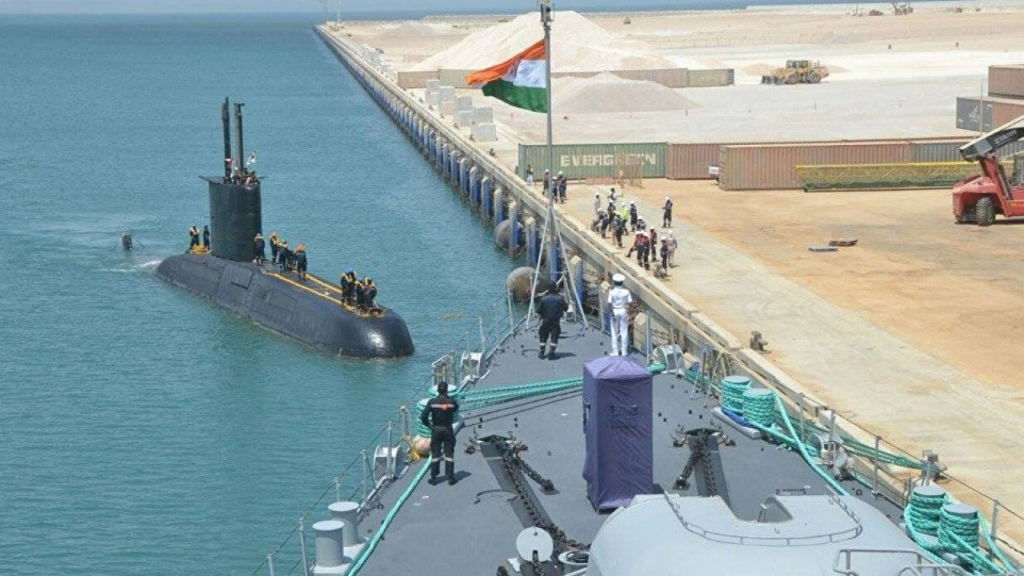 Oman and India have also agreed to conduct joint military exercises. The Indian Navy already trains the Sultanate’s navy. Most importantly, both countries decided to widen a previous defence agreement with an eye on maritime security. The Indian naval ships will now be able to use Al-Duqm port, overlooking the Arabian Sea and the Indian Ocean, with dry dock maintenance included in the agreement.

This agreement has changed the whole geo-strategic complexion of the region. As of now, China had been the major source of finance of the Al-Duqm port and its special economic zone (SEZ). With the aim of giving impetus to bilateral trade and investments, PM Modi called upon Indian companies to invest in Oman’s port cities and related SEZs- not only al-Duqm but also Sohar port located between Dubai and Muscat and the port of Salalah, the largest port in Oman. Situated in the Dhofar Governorate on the Arabian Sea, which is in the northern part of the Indian Ocean, it’s centrally located at the crossroads of trade between Asia and Europe.

Enhanced security cooperation was the key focus area of Saudi Crown Prince Salman’s visit to New Delhi when the two sides agreed to cooperate in producing ‘spare parts for naval and land systems’. In a statement, Saudi Arabians promised to share more intelligence and called for the dismantling of terrorist infrastructure to boost counterterrorism cooperation. India and Saudi Arabia agreed to constitute a ‘Comprehensive Security Dialogue’ at the level of National Security Advisors and set up a Joint Working Group on Counter-Terrorism.

For India, the Gulf region is not just about business deals and investments, as security is also at the top of the agenda. India is keen to forge deep partnerships with the Gulf countries whose security apparatus have long been associated with Pakistan. These efforts seem to be paying off well. The Gulf countries, especially the UAE, are routinely handing over terror and corruption fugitives to India. The new wave of deportations and extraditions began with Abu Jundal, an Indian Mujahideen and Lashkar-e-Taiba operative involved in the 2008 Mumbai attacks. He was sent back to India from Saudi Arabia in June 2012. After Jundal, there have been about two dozen extraditions or quick deportations from the UAE and Saudi Arabia. Since December 2018, the UAE has extradited most high profile fugitives to include Christian Michel, Deepak Talwar and Rajiv Saxena, in connection with the alleged AgustaWestland Chopper scam case. 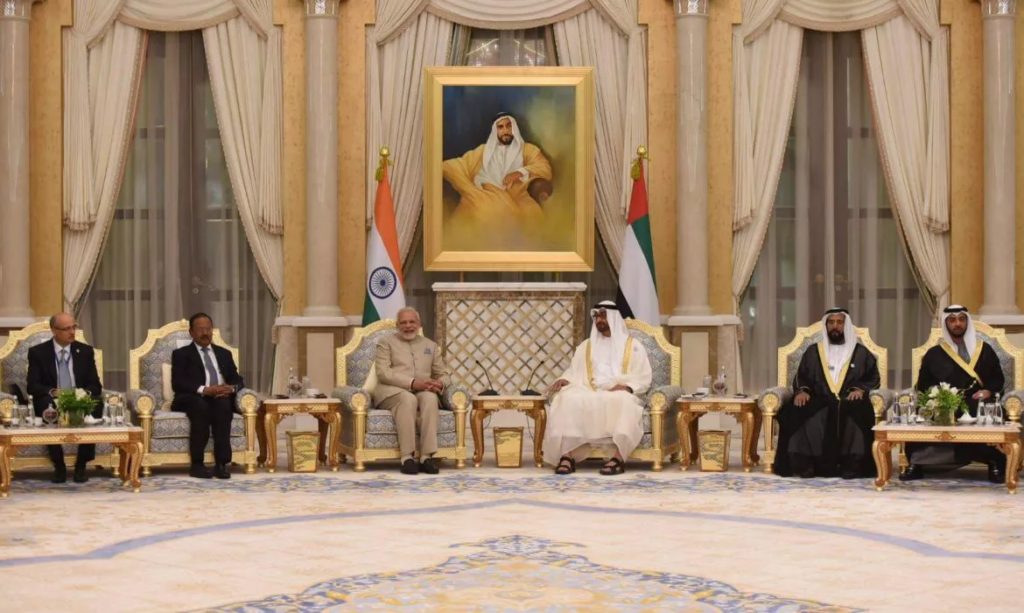 Out of 70 individuals in the Ministry of External Affairs of India list, updated till January 2018, India’s diplomatic efforts have resulted in the extradition or deportation of more than two dozen suspects to India in last six years.
Among the fugitives, 22 were back from Saudi Arabia and UAE mostly related to terrorism. The most recent one, the absconding Jaish-e-Mohammed terrorist Nisar Tantray, the mastermind behind the attack on the CRPF camp in Kashmir’s Lethpora in December 2017 was deported by UAE on March 31, 2019.

UAE has also handed over Farooq Takla, an aide to India’s most wanted fugitive gangster and terrorism financier Dawood Ibrahim, to India on March 8, 2018. It came within days of the move by the UAE to deport five ISIS suspects to Delhi, both extraditions taking place less than a month after PM Modi’s visit to the UAE in February 2018, signalling the Gulf country’s emergence as our strongest counter-terror partner in the region.

This is a strategic turnaround in India’s extradition track record and is being attributed to sustained diplomatic efforts by the present government.

To conclude, the present government is keen to shore up its relationships with the West Asian countries. The Gulf has never been so India inclined.