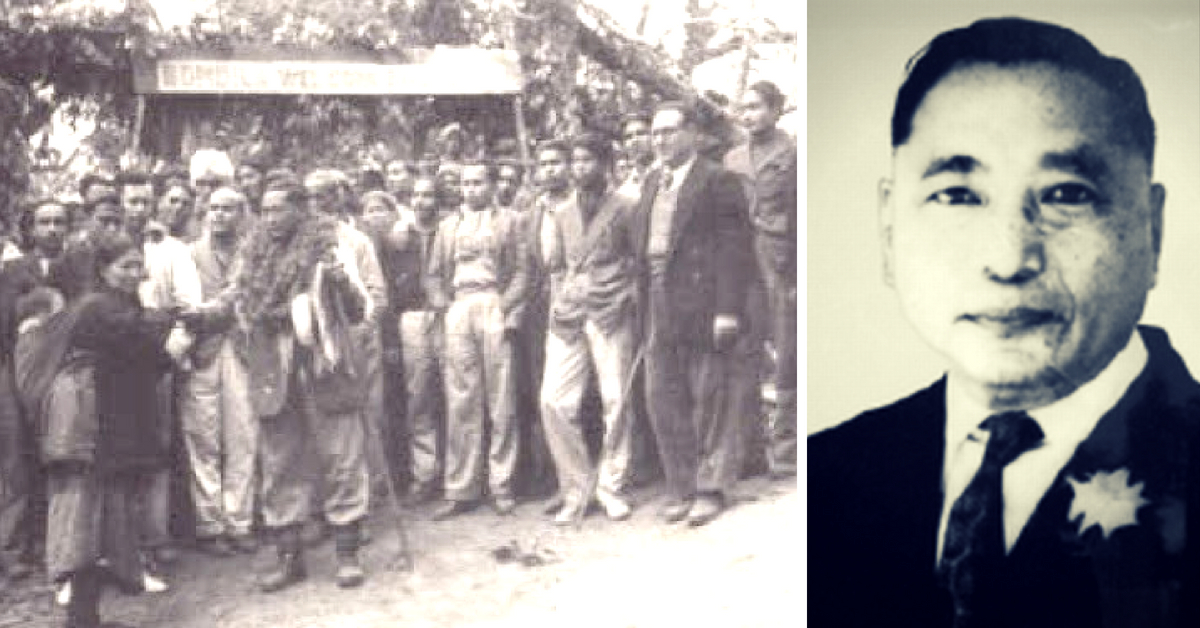 Forgotten in History’s Labyrinths: The Major Who Won us Tawang

Major Bob Khathing commanded a small force of the Indian Army and established India’s sovereignty over Tawang in 1951. Seventy-two-years after independence, it seems we have forgotten some of our unsung heroes who played an incredible role in integrating the country together. In the process, the contributions of a few freedom fighters and stalwarts do not even make it to the footnote of our mainstream history.

One such story is about re-establishing Indian sovereignty in the North East Frontier Agency (NEFA) after Independence. Here comes the story of Maj Khathing and his guardian angel, Jairamdas Daulatram, the Governor of Assam between 1950 and 1956. The sterling role played by them is largely unacknowledged .

Commander Subhasish Sarangi attempts to write the story of these unforgettable men who helped integrate the seven sisters of the Northeast into the Indian mainstream and how Tawang was won. 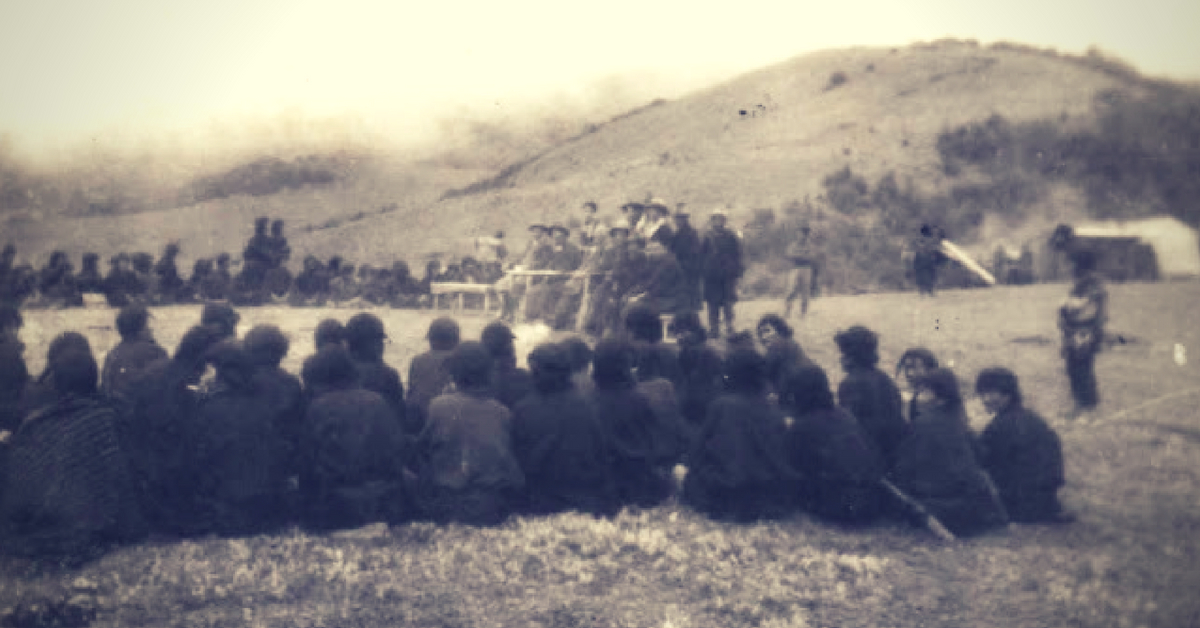 Ralengnao Khathing, popularly known as Major Bob Khathing, is a national hero primarily responsible for securing Tawang for India. Yet, his contribution is largely unknown and unacknowledged in popular Indian public memory.

Ralengnao Khating was born in 1912 in a Tangkhul Naga family in Manipur. In a remarkable career as a teacher, soldier, civil servant, political leader and diplomat, he shattered many glass ceilings along the way.

After graduation from Cotton College, Guwahati he worked as a school teacher. With the outbreak of World War II, he joined the British Indian Army in 1941. For his services during WW II, he was awarded the Member of British Empire (MBE) in 1943 and the Military Cross in 1944. After the war, Major Khathing resigned his commission and joined the Interim Government of Manipur State as a Minister in 1947. He was elected to the 1st Manipur Assembly in 1948 and continued to serve as a Minister till Manipur joined the Union of India in 1949. In 1950, he joined the Assam Rifles as an Assistant Commandant. His most significant achievement was in his next appointment as an Assistant Political Officer of the North East Frontier Agency (NEFA). In those days, the Assam Rifles and NEFA were both under the Ministry of External Affairs in New Delhi. The Governor of Assam was invested with the discretionary power to administer NEFA.

Bob Khathing was summoned by the Governor of Assam Jairamdas Dulatram and directed to proceed to Kameng (Tawang) and set up Indian administration there.

The Tawang salient is considered strategically important since it is the conventional route between Tibet and North East India. More importantly, it is an important centre of Tibetan Buddhism being home to the Tawang monastery, the largest Tibetan Buddhist monastery after the Potala Palace in Lhasa. The predominantly Monpa tribal population practices Tibetan Buddhism and the 6th Dalai Lama was born in this region. Tawang became a part of British India following the 1914 Shimla Accord. However, for various reasons, the British could not bring the region under their administrative control despite two attempts. At the end of 1950, the area till Dirang Dzong (South of Sela Pass) was under a loose Tibetan administration. Two Dzongpens (Governors) were appointed for Tawang region. One supervised the monastic activities and the other, called Tsona Dzongpen, was responsible for administration and taxation. Governor Dulatram considered it essential that this part of India, that did not have any Indian government presence till then, needed to be secured.

On 17 January 1951, Bob Khathing, accompanied by three platoons of 5 Assam Rifles led by Captain Hem Bahadur Limbu, and Captain Modiero of the Army Medical Corps started their expedition for Tawang. They were later joined by a team of 600 porters and Major TC Allen, the last British Political Officer of NEFA. It was an arduous journey through extremely difficult terrain with almost non-existent infrastructure and under difficult weather conditions.

On 26 January 1951, Bob Khathing hoisted the Indian flag at Dirang Dzong. The force made progress, with Khathing explaining the purpose of his visit to the village elders he met along the route and telling them that they were no longer to take orders from the Tsona Dzongpen.

Upon reaching Tawang on 07 February 1951, an area north-east of Tawang Monastery was chosen to settle down. A meeting with Tibetan and monastery officials was scheduled for 09 February 1951. Since there were indications that the Tibetan officials did not like the Indian presence and had warned the local Monpa population against cooperating, a show of strength was considered necessary. The Assam Rifles force staged a flag march around Tawang and was on display when the meeting started, with bayonets fixed on their rifles. 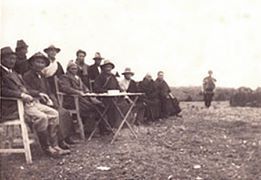 There are several versions of what transpired on the day of the meeting. A crowd of local people had gathered around the site. Addressing them, Bob explained that since the region was a part of India, they no longer had to pay harsh taxes as they did to the Tsona Dzongpen. He assured them that cultural and religious freedom is guaranteed in India. Although the exact text of his speech is not available, whatever he said seemed to be acceptable to the local population. There was no dissent. When the Dzongpens and elders of the monastery met Bob Khathing, they were told that representatives of the Tibetan government would no longer exercise any power south of Bumla. The Indian flag was hoisted in Tawang, four years after Independence.

On 11 February, Khathing visited the monastery and paid his respects to the monks. The next day, orders were issued to the officials of the 11 Tibetan administrative units that they should no longer take orders from the Dzongpens or pay tributes to them. Requests for time to consult the Tibetan government in Lhasa were not accepted.

Thus, with a mix of tact, diplomacy, a show of force, firmness and local knowledge, Bob Khathing was able to secure the trust of the local population and swiftly establish Indian administration without any resort to force.

On 25 April 1951, under instructions from Lhasa, the Tsona Dzongpen had assembled all village chiefs at Tawang. By then, Bob Khathing and the Assam Rifles had made a favourable impression on the Monpas. The meeting was a failure, with few village chiefs backing the Tibetans. The Tsona Dzongpen and the other Tibetan officials were thereafter escorted out to the Indian border post at Khenzemane.

68 years later, it is still not clear who ordered this establishment of Indian administration in Tawang. It is equally not clear as to how much Prime Minister Nehru, who was also the External Affairs Minister, was aware of the operation. The PM clearly did not either know the details of the operation or was unable to comprehend the intent when the troops were moved. By the time he realised it, Bob Khathing was in Tawang. The repercussions of the “manner of our going to Tawang and taking possession of it” worried him enough to summon Governor Daulatram and Bob Khathing to South Block to offer their explanations. Historian Claude Arpi also mentions that consequent to the blackout ordered by Nehru on this expedition, there are no accounts of it in the National Archives.

It is now widely acknowledged that it is entirely due to Major Bob Khathing’s swift action, backed by the Assam Governor, Tawang remained part of India rather than falling to China.

Bob Khathing joined the Indian Frontier Administrative Service constituted by the Government of India in 1953. He was awarded the Padma Shri in 1957. In 1967, he became Chief Secretary of Nagaland. He was India’s Ambassador to Myanmar from 1972 to 1975. He passed away on 12 January 1990.

# The author acknowledges the numerous articles and books from which this is article has been sourced, especially the blogs of Claude Arpi; Lt. Col. H. Bhuban Singh, Major Bob Khathing — The profile of a Nationalist Manipuri Naga, Pritam Haoban Publisher (1992); Shiv Kunal Verma, 1962 – The War That Wasn’t, Aleph (2016).

Commander Subhasish Sarangi is a Research Fellow at the United Service Institution of India (USI), New Delhi. He has served onboard frontline naval warships, Naval Dockyard (Mumbai) and WESEE, New Delhi. He has post graduate degrees in Signal Processing and International Relations. His areas of study include international relations, maritime security and cyber security.