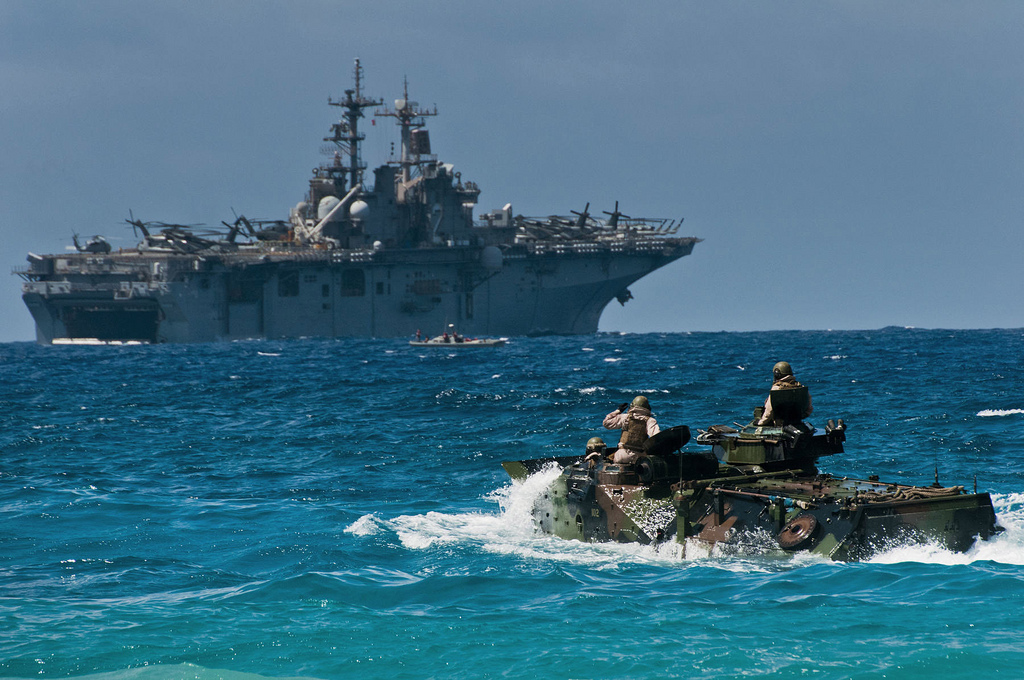 Capability Building in the Andamans: An Imperative Now

The Indian Ocean and South China Sea are pivotal for global shipping. For the major economies in the Asia-Pacific, the lifeline for their energy raw material requirements passes through these waters. China’s belligerency in the South China Sea has led to countries in the region coming together to ensure these international waters remaining free for transit of all shipping irrespective of the flags they fly. The US has also been most apprehensive about Chinese long term objectives. The author identifies the Indian islands of Andamans & Nicobar being crucial to ensuring stability in the region and argues in favour of enhancing Indian capabilities in these territories.

CAPABILITY BUILDING IN THE ANDAMANS: AN IMPERATIVE NOW

In a recent article, Forbes Magazine reported that Iran has threatened to close oil shipping lanes in the Strait of Hormuz if the U.S. proceeded with further military drills in the area. Apparently, the trigger for this reaction was the International Mines Countermeasures Exercise held in April this year under the aegis of the US Central Command, with participation of 30 nations. The author further ventured to conjure up a scenario with China acting similarly to close off much of the South China Sea, and consequent major repercussions on the economies of Japan, South Korea and Taiwan. While such doomsday predictions might well come to naught, they reflect the world’s growing unease at ever increasing Chinese belligerence in the South China Sea, and a realisation that concerted efforts are required towards managing this flashpoint.

The immediate focus of ASEAN, Japan, US and Australia seems to be on containing Chinese activity in the South China Sea. India as the prime maritime power in South Asia has by default, the wider responsibility for ensuring trouble free entry to the Strait of Malacca and securing the shipping lanes in the Indian Ocean, through which 70 percent of the world’s petroleum shipping and over half of its containerised traffic flow. 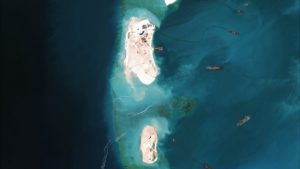 It is believed in many quarters that after consolidating its position in the South China Sea, China is looking towards acquiring a stranglehold on the Indian Ocean in the long term, through the establishment of the permanent presence of a Chinese fleet in the region. It has already made a start by securing bases at Gwadar and Djibouti and a Chinese Yuan Class submarine went calling to Gwadar, last year. With 65 percent of its total trade transiting through this region, establishment of more bases by China in the near future is a possibility which cannot be ignored.

India’s providential counter to Chinese designs has been succinctly summed up by Robert D Kaplan who stated in a scholarly study, ‘India can best project power at sea…. India stands sentinel astride the major sea lanes from the Strait of Hormuz to the Strait of Malacca, where the threat of naval or containerised terrorism is very real…. India can play the role of chief balancer vis-à- vis China…. ’. The sentinel in question is of course the Andaman and Nicobar chain of islands. 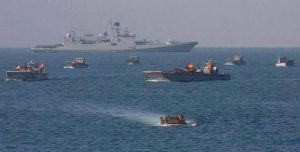 Reflecting a consensus in Indian strategic thought, the Andamans have lent themselves to many synonyms – an ‘unsinkable aircraft carrier’; India’s ‘strategic springboard to the East’ and so on. These unfortunately have not translated into any major capability building over the years, and the Andaman and Nicobar Command (ANC) remains hamstrung by poor infrastructure and inadequate resources. Notwithstanding the obvious advantages of boosting up the ANC to look at India’s Eastern seaboard and beyond, we have the dichotomy of the Eastern Naval Command (ENC) headquartered at Vishakhapatnam, with a fleet including a carrier tasked for major naval operations, while the role of ANC remains limited to surveillance, patrolling and anti piracy tasks with resources allotted accordingly.

The situation has been summed up by the current Commander in Chief of ANC, who in an interview in September 2014 stated “… we require an entire fleet… It is important to create infrastructure to support assets. At the same time we must ensure that infrastructure doesn’t lie idle. Sufficient infrastructure is required for our existing assets as well as those we host from other commands. Just as there are ‘fronts’ along land borders, everybody – including the residents of the Andaman and Nicobar Islands — should consider the ANC a maritime front which needs to remain in a constant state of alert’’. An apt summation indeed.

Recent Chinese manoeuvres, as outlined above, will undoubtedly reconfirm the imperative for a strategic shift eastwards to the Andamans. Whether it will concurrently hasten the pace of infrastructure development and capability building is another issue. Many Western analysts have looked at the Andamans purely as a ‘strategic deterrent’ to mirror military activities carried out in the islands on the South China Sea, and probably see even incremental enhancement of resources there as an indication of the same. However, looking at the Andamans through a narrow military perspective would be erroneous and short sighted. 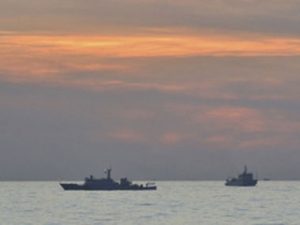 To meet all round national security requirements, a plan to reconcile the contradictory demands for large scale support infrastructure both civilian and military, development of ports and berthing, logistics backup, sustainability, availability of natural resources, and finally safeguarding ecology and lifestyles of the indigenous tribals, is the requirement. How to dovetail exploitation of the large number of uninhabited islands to facilitate the above requirements is an issue that has multiple options. While various proposals for beefing up the economy by making the Andamans a transit hub for shipping or allowing direct flights from Southeast Asia for tourists have been made, none of these are close to finalisation.

From time immemorial, the Indian Ocean has been the lifeline for the economies of India and the rest of Asia. It is India’s responsibility that it remains so in the future. The time has therefore come for India to speed up implementation of a holistic long term plan for this uniquely important Union Territory on a war footing.

(The General Officer has commanded an Artillery division. He writes on issues impacting national defence and international security)