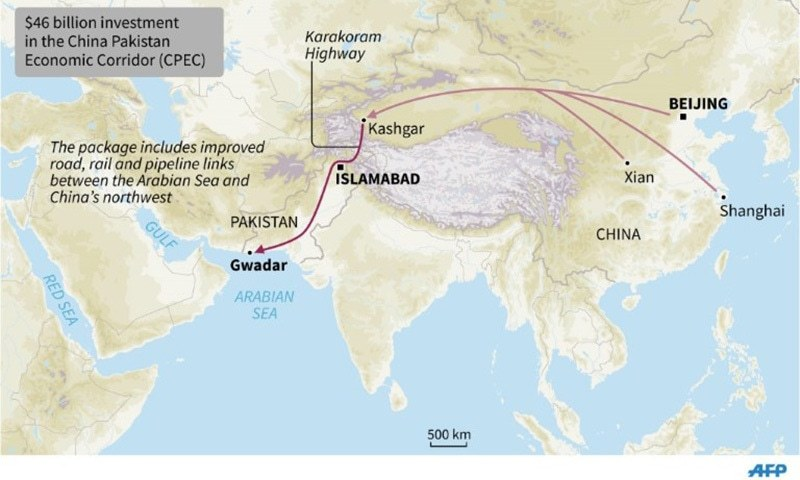 Is the CPEC faltering? What is the extent to which it has been pruned down already? Why are more and more countries getting apprehensive about Chinese funding? Has it got anything to do with Hambantota unfolding – the Chinese garnering a 99 years lease on the loss making huge port and logistics facility that Sri Lankans’ thought would transform the region? Instead, it would serve Chinese strategic objectives much more.
The author attempts to remove the covers that hide Chinese intent and Pakistani apprehensions. His previous articles on CPEC and a few more quoted in the text of this article, provide the backdrop for the conclusions that this article projects. 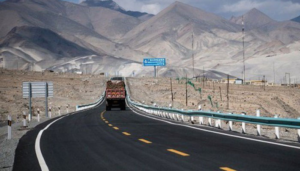 CPEC was to be the harbinger of change in Pakistani fortunes. It was the flagship of Chinese mega ambition – the Belt and Road Initiative (BRI). Well, the flag and the ship are flagging. Two years back I expressed serious reservations about the project. It was the high noon of Chinese ambitions and Pakistani aspirations. Who would believe the analysis of a retired Indian Army officer? Pakistani politicians were flying sky high. The Deep State was actively promoting the project and garnering public support. An upswing in their national prosperity was on the horizon. China was holding international seminars and conferences, imploring all nations to join in the BRI venture. They seemed to be giving direction and leadership to the new Sino Centric World. Sailing in a romantic setting. Those were the halcyon days.

Then the wheel turned. The slowdown began. It began in Hambantota when the true outlines of the debt trap diplomacy came forth. It spread to Malaysia, Myanmar, Montenegro, Maldives, Nepal, Bangladesh and Tajikistan. Lo and behold, it happened in Pakistan too. From being a $ 62 billion outlay, CPEC has been toned down to approximately one third. Pakistan and China are renegotiating. La La Land dreams are over. The ultimate waking up from the dream into reality was when PM Imran Khan, put out a public appeal for voluntary contributions from non-resident Pakistanis for $1000 each to build dams scrapped under the CPEC.

At one level it has already failed when it was scaled down. At another level completion of ongoing projects will not lead both countries anywhere. This will be more and more obvious with time as events unfold. Why has this happened? What are the implications and prospects ahead? Understanding and playing the right card is one of the keys to the destruction of the Deep State as far as India is concerned. 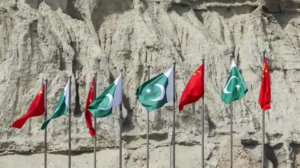 The CPEC is a pairing of an odd couple in all its best facets. One country is rich the other is poor. One country is driven by fundamentalism and fanatical religiosity and the other professes atheism. One is proud of its culture and heritage and other is culturally adrift after seven decades. Till the time the relationship between Pakistan and China was geostrategic and based on common interests it was fine. However, once the pairing sought economic intertwining it has come under heavy strain from different angles. Those strains are now clearly showing.

Comparison with Other Global Corridors

A detailed comparison was carried out with other corridors like the Panama Canal, Suez Canal and Berlin Baghdad Railway. From many viewpoints CPEC is following the footsteps of its predecessors. In other corridors, the investor nation made its profits and the recipient nation was left holding assets that went dumb. In all cases, the recipient nation was financially or socially no better after decades of execution of the project. In this case, the relationship is that of a creditor and a debtor nation. As projects fail financially, the assets will go to the Chinese basket – the Hambantota model – with permanent erosion of sovereignty for Pakistan. It is very clear that Pakistan will not be able to sustain the current financial model. History points to the failure (https://bharatshakti.in/the-grand-global-corridors-china-pakistan-economic-corridor/).

The bulk of CPEC is energy projects of which the bulk is coal based (50% imported Coal and 50% low-grade Thar coal). Coal-based power needs a lot of water. In a water-stressed country, this will be an issue. Water must come from Indus. Indus Water Treaty gets to a pole position. China’s hidden agenda is to ultimately supply these power plants with coal from Xinjang in perpetuity. This implies that the road from Kunjerab Pass, through PoK and Abbottabad and below will be humming with about 10,000 coal carrying trucks per day.

Till such time PoK is not free of terrorist camps, there is a good chance of disruption. The terrorists could turn their attention on the CPEC itself. The existence of this danger was proven at Balakot. Coming to terms with India is mandatory for both parties. In any case even after some of these projects go online, Pakistan cannot sustain them due to poor financial health. Even if that is managed, the tariffs will be too high for the common man to pay. Lastly, Pakistan runs the risk of converting from being one of the lowest to the highest per capita pollutants in one go. All these issues stand analyzed with facts. The future is bleak unless Pakistani society transforms. (https://bharatshakti.in/coal-firing-cpec-colonisation-of-pakistan-enrichment-of-china/) 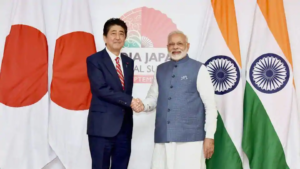 At a global level alternates are emerging to the BRI for nations to choose. Japan and India have taken a lead in this regard. This will limit the Return on Investments (RoI) from BRI. It also exposes the stiff terms and conditions of Chinese investments. Many countries can make choices.  Consequently, the scope of BRI is reducing. Similarly, the opening of Chabahar Port and the road network behind it, in Iran, has already started undermining CPEC. The tributaries to the CPEC have willy-nilly been already diverted. Hence, lower utilisation factors will start impinging on CPEC.

The intentions with which Pakistan and China went into this project are at wide variance. One look beneath the surface and the real intent stands out. Let us examine the intent of each country independently.

Prima facie, Chinese intent revolves around an alternate to Malacca for inbound oil and gas into China. However, the hidden economic intent is freeing the coal deposits of Xinjang and exporting it to Pakistan and beyond. A successful CPEC was to be the arrowhead of global dominance. It was all about, deploying excess capacity, profitability and return on investments. All dealings strictly on one-sided terms and conditions. Their means were to achieve Chinese ends. What happens to Pakistan or Pakistanis has never been their concern. If Pakistan cannot repay, apply the Hambantota Model. That is well on the cards! 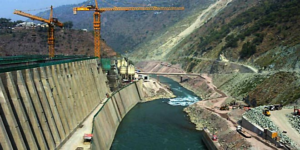 Pakistan is a politically unstable and economically feeble nation. The USA was vanishing from the scene and China stepped in. It was a golden opportunity. Its hope is a transformation into a developed economy free of cost. Taking any amount of loan does not matter since it will never pay it back. Pakistani politicians and the Deep State also saw the great opportunity of lining themselves with lucre through opaque deals. Of course, it would emerge as the Deputy Sheriff in the new Sino-centric world order. The icing on the cake would be that it would have kept up with the Jones (India). The people of Pakistan were secondary in all this.

The reality is that China has its problems and CPEC is just one of them. Push back on BRI is palpable internationally. The economic slowdown and the Trade War will impinge on CPEC. Can China afford the costs of CPEC in such a brittle geopolitical environment? In a highly fragile Pakistan, its entire investment has been put at risk in the current situation. If CPEC goes down, and it will, there will be a loss of face that’s vital to China.

What about religious fundamentalism? If terrorism is left unchecked in Pakistan, it will find its way into Xinjang through CPEC. That’s bad news for China. Sooner or later it will have to stop playing good cop bad cop since there is no good terrorist or bad terrorist.

Pakistan is on economic life support. State-sponsored terrorism is likely to spin out of control. Pakistan has also found out that its all-weather friend has limitations. Unless it mends its ways, any hope of salvaging the situation is remote. There must be societal change. Of course, it must attend to the weak heart of CPEC – Baluchistan, where besides major social issues, Baloch militant groups have started organising themselves (https://bharatshakti.in/the-weak-heart-of-cpec-neglected-beyond-repair/).

India is in a very strong position. It had tremendous leverages the success or failure of CPEC earlier. Indian leverages have been strengthened in the current environment. Some of these leverages are enumerated below: –

There is no doubt in my mind that the CPEC has already failed. Notwithstanding all the hype surrounding this mega project, it is already in the process of being salvaged. For a bankrupt Pakistan, it will be very difficult not to lose its sovereignty. For the wannabe world power, it will be very difficult not to lose face. The answers to both the problems lie in the hands of India to some extent (repeat, some extent only). If Pakistan and China seek Indian cooperation, they will have to mend fences. With China, it will be a transactional deal and is achievable. With Pakistan, it will not be possible unless the Deep State is destroyed. That destruction is not physical but moral. India must play its cards right. CPEC has turned from a common strength to a common vulnerability.