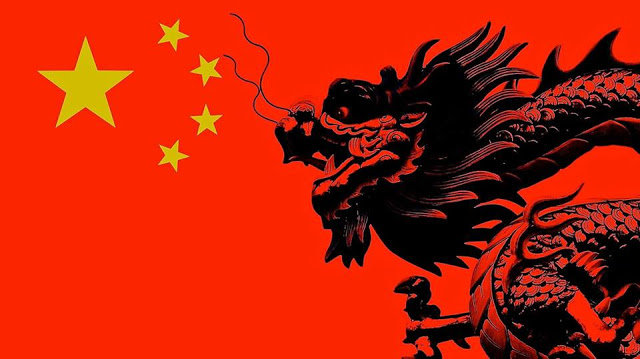 The Chinese have pursued economic growth along with developing its military power. It’s a learning that has not been fully assimilated by our leadership. We lag in our military power with the focus primarily on higher GDP. The author provides a comprehensive account of China’s military ascendance and especially its sea power. It brings to the fore our weakness that needs greater allocation of funds urgently. 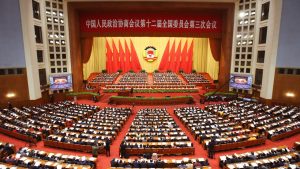 The 19th National Congress of the Communist Party of China was held at Beijing from 18 to 24 October 2017. During the event, President Xi Jin Ping said the theme of the Congress is to never forget the party’s founding purpose which now includes the realisation of the great rejuvenation of the Chinese nation also known as the Chinese dream. The dream primarily comprises two aspects: strength and wealth. To fulfil this dream he set out a timetable which is elucidated below:-

• Build a moderately prosperous society by wiping out poverty by 2021. This would be the completion of 100 years of the party.
• Turn China into a fully developed nation by 2049 which translates into 100 years of the formation of the Peoples Republic of China.
• He also outlined a specific timetable which flags 2035 as the year by which socialist modernisation would result in narrowing the wealth gap. Finally, during 2035-2050, China will rise to become a leading global power.
• These timelines can be managed by speedy development of Comprehensive National Power.

Comprehensive National Power focuses on economic development along with modernisation of the Armed Forces of China. While China has an Army capable of looking after its continental affairs it needs to modernise its Navy and Air Force. To be a global player a country must have a versatile Navy capable of dominating the Oceans. The Chinese Navy needs to secure its sea lanes through which its trade passes in the Indian Ocean and the Pacific Ocean. This would enable smooth flow of trade as also greater influence in South Asia, the Middle East and Africa. For the Chinese Navy to effectively patrol these Oceans there would be a need for naval facilities in these areas. It is pertinent to understand how China would project its maritime assets. 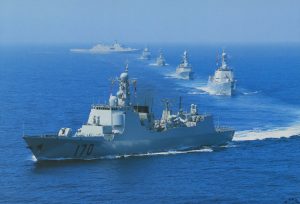 China’s decision to enhance its maritime capabilities and transform to ocean-centric strategic thinking is to enhance its capability to project its economic and military muscle beyond its shores. China today is an arms exporter to many Asian and African countries. It has also started exporting ships, warships and military aircraft to a sizeable number of countries. It is in this context it would be important to list the naval facilities it is developing in the Indian Ocean.
Having gained tremendous experience in building military facilities in the Spratly and Paracel islands in the South China Sea, China has now expanded its forays beyond the Malacca, Sunda and Lombok Straits. China is also expanding its Maritime initiative in the Belt Road Initiative which would see investments in ports, roads and other infrastructure mainly in Asia and Africa. The Chinese Navy has been active in anti-piracy mission in the Gulf of Aden and has performed creditably against pirates in the Western Indian Ocean.
David Brewster in an article which appeared in lowyinstitute.org on 30 January2018 has written about China’s new network of Indian Ocean Bases. He gives details about Chinese initiatives in this field. The first overseas base that China opened was at Djibouti in July 2017. The base is got facilities comprising a naval port, large helicopter base and accommodation for 10000 troops. Its establishment was a big step for Beijing which had long decried foreign bases as the domain of Western powers.
The question which is being asked is the reason China selected Djibouti as a Base? The answer is due to the following reasons:-

• The move is not controversial given the existing presence of French, US and Japanese forces.
• Makes a good hub for supporting China’s antipiracy operations in the Arabian Sea and Chinese United Nations peacekeeping operations in Africa.
• It would be a good staging point for civilian evacuations.
• Assist any future Chinese military operations in Africa and the Middle East. 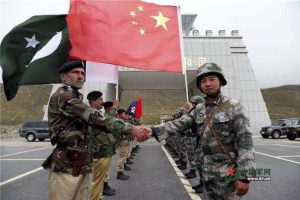 The Djibouti base is only the first step to a network of bases China is planning in the Indian Ocean. The next base that China is planning is at Gwadar in Pakistan. Gwadar would have a naval port, an airport and accommodation for about 500,000 Chinese for this military industrial complex to include Marines. The accommodation would come up in about five years. Gwadar’s present population is about 100,000 and this would be turned into a Chinese colony in Pakistan.
Meanwhile, in January 2018 a United States Report claimed that China is about to start construction of a new naval base and airfield at Jiwani, which is about 60 km from Gwadar. This has not been confirmed by Beijing but Jiwani currently holds a Pakistani base which could be expanded and old airfields which could be used by the Chinese Air Force. Further, Gwadar could be used for commercial purposes and Jiwani could be a military base.
In the central Indian Ocean China recently took control of the port of Hambantota. The Sri Lankan Government has formally stated to the Government of India that no naval facilities would be permitted there. However, the Chinese are adept at transforming intelligence and even civil facilities for military use.
The next area pertains to the country of Maldives. Maldives is currently facing political problems and the current President has reportedly sold a large number of islands to China. Though India remains an important player the Chinese are slowly building facilities which could be used by their naval ships.
China is building a deep water seaport at Kyauk Pyu in Myanmar. The port and a pipeline will pump oil to the Yunnan province of China. A Special Economic Zone will also be constructed there. It would cover an area of 4200 acres (17 square km). The investment would be $ 7.3 billion for the port and a $2.3 billion for the industrial park. The industrial park would in all probability have an oil refinery and textile industries. Construction is expected to begin in full swing this year subject to the signing of agreements.
China intended to build a deep sea port at Sonadia near Cox’s Bazar in Bangladesh. China had prepared the Detailed Project Report but the same has been cancelled by the Bangladesh Government due to lack of commercial viability.
It is pertinent to note that the Japanese would be building a port at Matarbari which is 25 km away from Sonadia. The cancellation of Sonadia appears to be a strategic decision by Bangladesh which has the possible backing of the United States, Japan and India as reported by Indrani Bagchi in Times News Network updated on 8 February, 2016. The same article refers to India being offered the Payra port close to Chittagong. The feasibility study is being undertaken and it will take seven years to build. Though Bangladesh receives weapons from China she has currently prevented port facilities being built by China. 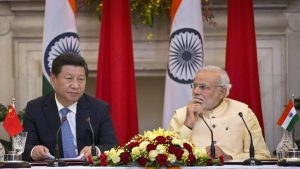 China has 31 years to become a global player. To become a global player there is a requirement of maritime equilibrium in the Indian and Pacific Ocean. China has a comprehensive plan from Hainan to Djibouti. It is modernising its Navy at a furious pace. There are currently about 70 submarines and within a decade there would be three aircraft carriers. Possibly it would be a long time before China can take on the maritime challenge of the United States, Japan, India and Australia. However, China is building its facilities in the Indian Ocean for both commercial and military use.
India is doing its utmost to counter Chinese moves. India is developing the port of Chabahar in Iran, Payra in Bangladesh and Sittwe in Myanmar. The Chinese Navy has a strong competitor in the Indian Navy which is clear about Chinese aims and is building Andamans to suitably counter Chinese entry points in the Malacca, Sunda and Lombok Straits. India is upgrading its defence relationship with Vietnam and helping train Vietnamese submariners and pilots. India must be logical in giving the BrahMos missiles to Vietnam to strengthen its weapon inventory.
Overall China has decided to dominate the India – Pacific by 2049 and India and the United States along with Japan and Australia must synergise their actions to build up their maritime capabilities.