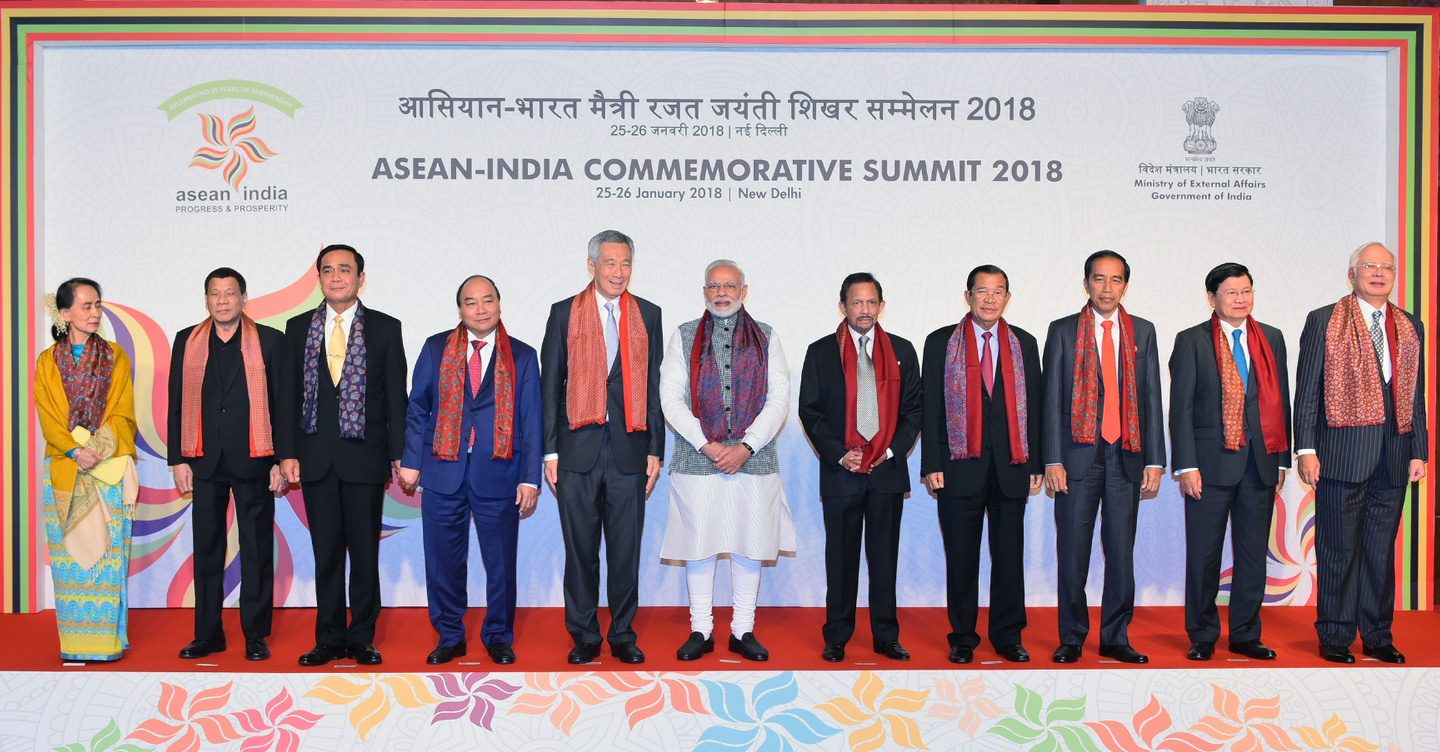 India’s long standing relationship with ASEAN has finally found traction with India’s Act East Policy giving it the right impetus. The fact of the 10 Heads of States being invited to attend the Republic Day celebrations and the commemorative summit that was staged simultaneously have definitely given our relationship with this extremely important regional forum a huge boost. The author provides an insight into the relationship as it has found its way to its current status.

A game of Golf did it.Through a simple yet profound two page Bangkok Declaration, the Association of South East Asian Nations (ASEAN) was conceived and established on 8 August, 1967 when the foreign Ministers of Indonesia, Thailand, Malaysia, Singapore and Philippines signed it. Later, it encompassed the other five countries from the region.

Facing several conflicts among the members they resolved to overcome them appropriately through dialogue and cooperation. The Motto was and is, “One Vision, One Identity, One Community”.

Since then ASEAN has emerged as one of the most important, well integrated and viable Regional organisations with broad-based institutional networks. During its five decades of existence despite obvious challenges and global economic downturns, maritime connectivity and developmental issues, the ASEAN has moved apace from strength to strength and successfully overcome the inherent constraints.With the rise of China as a regional and aspirational global power, it has become a highly relevant entity in the international security, strategic and economic architecture of the Indo-Pacific -hitherto Asia- Pacific framework.

India, during the past quarter century, has speeded and deepened its engagement with ASEAN directly and through other countries and partners like Japan and US and Australia. To further cement this the India-Japan Act East Forum recently met in New Delhi to chart out a strategic course within the ambit of its “Act East Policy”.

On November 13-14, the Organisation celebrated its Golden Jubilee at the 31stASEAN Summit in Manila with the theme “Partnering for Change, Engaging with the World”. 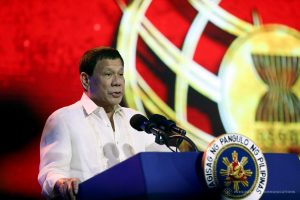 Setting the tone, President Rodrigo Roa Duterte of Philippines and Chairman of the Summit stressed that “Terrorism and violent extremism endanger the peace, stability and security of our region because these threats know no boundaries. Piracy and armed robbery in the seas put a dent in our growth and disrupt the stability of both regional and global commerce. The menace of illegal drug trade continues to endanger the very fabric of our societies.”

A landmark agreement on the ASEAN Consensus on the Protection and Promotion of the Rights of Migrant Workers was signed that strengthens social protection, access to justice, humane and fair treatment, and access to health services for the people of the region.

The Philippines itself provides a huge workforce globally. Other deliverables included those concerning health, women and youth, terrorism, radicalisation and violent extremism, trafficking, poverty alleviation, food security, coastal and marine environment, and the pursuit of innovation for regional economies, among others to achieve the ASEAN vision 2025 by pursuing (a) A people-oriented and people-centered ASEAN; (b) Peace and stability in the region; (c) Maritime security and cooperation; (d) Inclusive, innovation-led growth; (e) ASEAN’s resiliency; and (f) ASEAN: a model of regionalism, a global player. But one has to concede that given the changing dynamic in the region and growing interest of the international players and big powers to constrain a single country hegemony, the member countries will be faced with difficult choices.

Having had several miracle years of economic growth as well as having successfully faced the global economic downturn, ASEAN’s economy is projected to register a stronger growth of 5.0% in 2017. The merchandise trade remained strong at USD 2.2 trillion in 2016, of which 23.1% was intra-ASEAN. Intra-region trade is also expected to stage a rebound in 2017 mirroring the projected broad-based improvements in global trade. In 2016, the region attracted USD 98 billion foreign direct investment (FDI) inflows, of which 25.2% was intra-ASEAN, reflecting continued investors’ confidence in the region as a whole.

ASEAN reaffirmed the importance of maintaining its centrality and unity in shaping the evolving regional architecture built upon ASEAN-led mechanisms, including the ASEAN Plus One,ASEAN Plus Three, East Asia Summit, ASEAN Regional Forum, ASEAN Defence Ministers’ Meeting Plus, and in further deepening engagement with external parties to address existing and emerging challenges as well as strengthen development cooperation in ASEAN.  Hence the 20th ASEAN-China Summit, 15th ASEAN-India Summit, 20th ASEAN-Japan Summit, 19th ASEAN-Republic of Korea (ROK) Summit, 9th ASEAN-United Nations (UN) Summit and the 12th EAS and 40th Anniversary Commemorative Summits with Canada, European Union (EU) and the United States (US) as well as the commemoration of the 20th Anniversary of the ASEAN Plus Three  strengthened cooperation with Dialogue Partners. 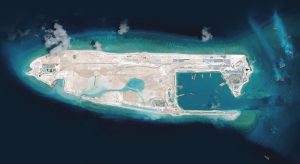 The issue of South China Sea was expected to be one of the key irritants while the 20th ASEAN-China Summit was held. But as a result of consultations with Philippine President, since they had won the international arbitration award and China ignored it, the Chinese were confident of finding a broader dialogue mechanism having committed over US$ 3.34 bn for infrastructure development and billions in other aid. Chinese Premier Li Kequiang, who led the delegation to ASEAN & EAS, maintained that they will bilaterally resolve disputes with its neighbours over the South China Sea and that will convert it into “Sea of Cooperation and Friendship” perhaps to the dismay of some extra regional powers. He even extended his stay to work for the state visit of President Xi Jin Ping in February 2018.

Duterte was the clear winner as he managed to leverage the Summit to improve and smoothen ties with the US while assuring China that their recent bonhomie is intact.

Although the dragon remains in the room and some may wish to look the other way, China seemed to have succeeded not only through the signing of FTA and Investment Agreements between Hong Kong – China and also through articulation in ASEAN Chairman’s Statement. “We discussed the matters relating to the South China Sea and took note of the improving relations between ASEAN and China and, in this regard, are encouraged by the adoption of the framework of the Code of Conduct for the South China Sea (COC), which will facilitate the work and negotiation for the conclusion of a substantive and effective COC…further emphasized non-militarization and self-restraint in the conduct of all activities by claimants and all other states, and stressed the need to adhere to the peaceful resolution of disputes, in accordance with universally recognised principles of international law and the 1982 United Nations Convention on the Law of the Sea (UNCLOS).” 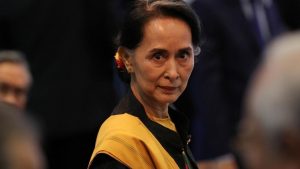 Myanmar was yet again on the humanitarian radar of the world due to Rohingya crisis getting out of hand. While some others expected a stronger statement on the issue but ASEAN lived up to its style of accommodation and  deflected the issues as, “With regard to role of the ASEAN Coordinating Centre on Humanitarian Assistance on Disaster Reliefs and the Northern Rakhine State in Myanmar, a number of leaders expressed support to Myanmar’s humanitarian relief programme and welcomed the launch of the Myanmar Government-led mechanism in cooperation with the Red Cross Movement and the assistance from the international in these endeavours. They underscored the importance of increased humanitarian access to the affected areas and that assistance be given to all affected communities and welcomed the commitment by Myanmar authorities to ensure the safety of civilians, take immediate steps to end the violence in Rakhine, restore normal socioeconomic conditions, and address the refugee problem through verification process.” Hence the difficult issues were managed. Whether these will last and for how long, remains to be seen. 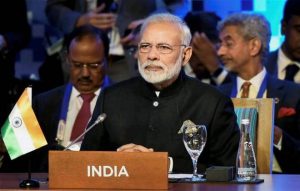 As for India, I recall a meeting in 1997 when the Singapore PM at a CII meet gently chided us by stating the obvious that, “India had far too long looked westwards and ignored its eastern neighbourhood”. It was only in 1992 that our “Look East” policy found some traction with sectoral partnership that eventually got converted to Full Dialogue Partner and India became part of the ASEAN Regional Forum. In 2012 we signed the Strategic Partnership Agreement. In 2014 at the Myanmar Summit with a view to integrate our North East region with ASEAN and to take the relationship to the next level Prime Minister Narendra Modi declared the “Act East Policy” that has seen tremendous movement and engagement both at sub-regional and regional level including cutting a new pie of cooperation across SAARC-ASEAN landscape like BBIN and BIMSTEC.

During the last few years, India’s ties with the region have seen drastic improvement and closer collaboration in the domain of trade, economic, cultural, security and defence cooperation due to geo-political developments and economic compulsions.All the member states of ASEAN and US and Japan wish to see enhanced Indian engagement in the region as India is perceived as a benevolent regional power.

India supports freedom of navigation and rules based regional architecture. Highlighting the importance India attaches to the region Indian leaders including the President, Prime Minister and Vice President have visited all the ASEAN countries; last being PM’s visit to the Philippines for the Summit.

This year we celebrate 25 years of our bilateral cooperation with ASEAN and 5th anniversary of strategic engagement as well as 15th ASEAN-India Dialogue Summit. PM Modi’s invitation to the 10 Heads of States from ASEAN to be the Chief Guests at the Republic Day was a unique honour for closest friends. At the same time, the Commemorative Summit was held which outlined the new and expanding contours of future cooperation.

In Manila, underscoring the mutual strength PM Modi had said, “In the near future South Asia and South East Asia will be the development engines of the world and the Government of India’s Act East policy puts ASEAN at the centre of our engagement”.

India’s commitment to deepening the historic ties is governed by 3 Cs – Commerce, Connectivity and Culture and if one adds the potential conflict with another C in the region it should make them obvious natural partners for a dynamic regional balance.