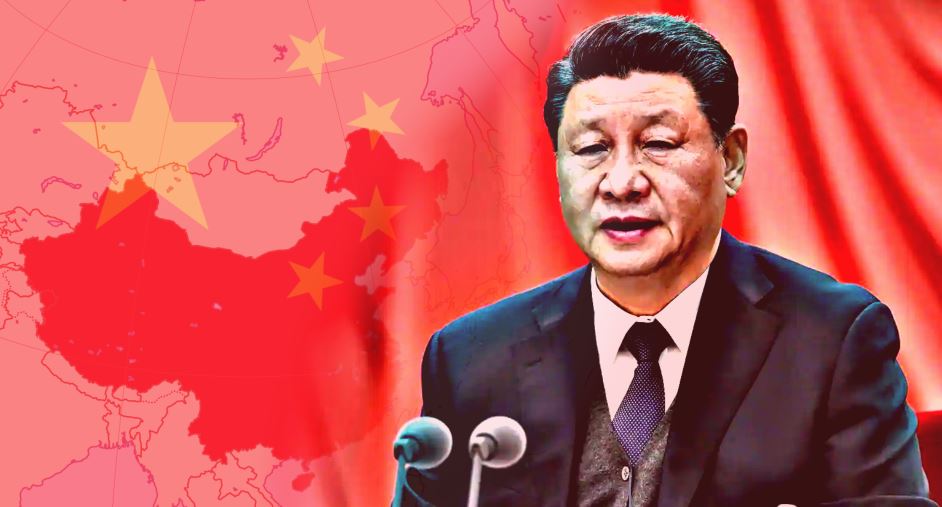 The rise of China and its sustained display of aggression has impacted the world and led to the strengthening and creation of new alliances on both sides of the anvil. However, China has its set of vulnerabilities that can be exploited to ensure a hegemonistic power does not become an arbitrator of global issues. The author analyses the possible response of various power blocks as also a few nations, as China simultaneously battles a plateauing of its growth curve.

The Chinese dragon is multi-dimensionally omnipresent in global affairs. The American fears of China anointing itself as the new ‘King’ and propagating a different ideology for the world to follow is real and current. The global geo-political-economic-military-diplomatic signalling is all about China Rising, and the coverage is actually accentuating China’s image of a risen superpower.

Despite the ideological and historical differences between China and Russia. Despite competition for strategic space, Russia playing second fiddle, Siberia, CAR, markets and trade, the countries are increasing their strategic and geopolitical convergence with mutually supporting positions on eastward expansion of NATO, SCS, Taiwan, Xinjiang, Ukraine, human rights, trade and sanctions. Add to it, cohesion in international forums and institutions; all thanks to the poor statesmanship of the USA and its allies.

The gradual creation of an alternate successful model of governance which is more autocratic, less liberal compared to the democratic world order led by the USA and the West, is no longer just think tank discussions, but a stark reality. USA and India must be wary of a likely loose coalition of China-Russia-Iran-Turkey (possibly) with their traditional allies viz North Korea, Pakistan, Cambodia, Belarus etc., forming a formidable bloc that acts in unison. Other groupings and countries like ASEAN, African countries, parts of South America, and even some European countries could be staying neutral. The geopolitical landscape is dynamic and changing, and will have an extremely adverse impact on the security situation in the Indo-Pacific, South Asia and India.

Concurrently, reports of China’s external and more importantly internal cracks while being wished away by China and her supporters as wishful thinking is slowly showing; accompanied by an increasingly belligerent, revisionist, assertive China. Though the Chinese narrative conveys that China’s time has come, her growth story is actually plateauing. The Chinese better move fast to achieve the ‘China Dream’ before her vulnerabilities pull her down.

The US has responded with apprehension and caution, indicating its lack of appetite to give battle, doubting its own power projection capabilities. India with her intensely activated isolated Himalayan battlefields will be impacted the most. Pakistan and other regional allies could provide collusive support to escalate the hybrid and grey zone competition and confrontation against India. It is high time India changed her game plan to break out of her self-imposed strategic shackles and redeem her true regional power potential.

Led by the US and adroitly supported by India, China needs to be tackled geopolitically, and where possibly economically and militarily, forcing her to rethink her external revisionist policies, providing much-needed stability in the Indo-Pacific and Himalayan region. Expansion of the multi-domain battlefield, and probing Chinese vulnerabilities and fault lines, has become a strategic necessity. It will force China to reassess her risk calculus and gains. Major Chinese fault lines are briefly discussed.

The US has formally indicated that she will never attack Mainland China even if China attacks Taiwan. This stance should be subtly changed by US, with more credible offensive support to Taiwan, if attacked, along with support by alliances like NATO, EU and AUKUS. Training and arming Taiwan and improving interoperability for fighting the invasion needs to be given priority. The ‘isolation’ of Taiwan needs to be revoked and condemnation of Chinese offensive designs against Taiwan must be strengthened. The ‘One China’ policy must be contested vigorously.

Do the Unexpected: Sanction the Richest

China is an export-oriented economy and depends on numerous critical imports like electronic parts, oil and gas to run its engines. It is therefore vulnerable to sanctions. China is the second-largest trade destination in the world with total annual imports averaging approximately $1.61 trillion. The Chinese military, for all its rapid growth and power, is not able to defend China’s overseas interests or its overseas lines of communication. The country is “simply too dependent” on the Association of Southeast Asian Nations (ASEAN) and the European Union, its major import partners. By limiting access to overseas assets including technology, energy, and even food, would put the Chinese Communist Party (CCP) at great risk. Interestingly, the renminbi (RMB), the official Chinese currency has very little trade outside, and imposing financial sanctions will really hurt. If Taiwan is coerced, interdicting and diverting ships from reaching Chinese ports will be a very effective countermeasure. China must feel isolated from the rest of the world.

Action in form of sanctions (economic, diplomatic, institutional, trade) and formal investigations into the HR abuses is needed apart from symbolic calling out on human rights abuses against Uighurs and internment of over one million. Moral and material support, both covert and overt, needs to be extended to these people. The US imposed sanctions under the Global Magnitsky Human Rights Accountability Act are not enough. The restive people of Xinjiang need to be woken up and helped; the fault-line needs widening.

It’s time for Tibet to take centre stage. Geo-politically, it’s in the long-term interests of India and a panacea to nullify Chinese superiority in CNP and global status. The US, and especially India, need to take the ‘giant leap forward. With China doing all it can, including military coercion along our Northern borders, intervening in South Asia, abrogating all CBMs on the ground, blindly supporting Pakistan, choking India strategically and diplomatic, India has nothing much more to lose. The US has made a small beginning by appointing a special representative for Tibet. China, in the last decade, has been fast-tracking Han-ification and accelerating cultural assimilation of Tibet, having already secured it militarily. Politically ‘questioning the ‘One China Policy’ and sovereignty of Tibet internationally could prove a game-changer.

In 2020, there was a student’s movement (accompanied by parents) in Inner Mongolia against the education policy wherein Mongolian would have been relegated to a second language. While Outer Mongolia is independent, Inner Mongolia forms part of China with a dominant Han population. Wholly dependent economically on China, it has witnessed only periodic unrest, but a sense of ethnic consciousness and unification with Outer Mongolia could be exploited? The premature political merger of Hong Kong did generate international approbation/outrage against Chinese authoritarianism and disregard for international legal norms. The dynamic unstable international security situation, especially in the Indo-Pacific, and economic difficulties of BRI members to pay back loans must be exploited to strangle the prospects of BRI. In fact, BRI could well become a noose around her neck, with increasing dissatisfaction amongst the members, and even within the Chinese people.

Weakening Economy: Former finance minister Lou Jiwei has stated that official economic indicators are not painting an accurate picture of the economy, and publicly available data did not show that about 4.37 million smallest businesses and micro firms folded up in first 11 months of 2021. Only 1.32 million new micro and small firms opened in China during the first 11 months of this year, compared with 6.13 million last year. For the first time in two decades, the rate of deregistration surpassed the number of those newly registered. The data is particularly relevant given that Beijing considers the micro and small firms the “backbone” of China’s private sector, underpinning the national economy. GDP will drop below 4 per cent in the fourth quarter of this year.

Asymmetric growth between coastal areas and rural hinterland; skewed demographic nightmare of China growing old before growing into a superpower; rising citizen’s aspirations; forcing common prosperity norms by decimating big businesses are some issues the Chinese have to contend with.  Zero Covid norms imposed could well devastate and haunt China. Insufficient food production leading to hoarding and shortages; real estate bubble burst leading to heart breaking reduction of middle class people’s hard earned savings; total surveillance and restrictions on citizens [China ranks 177th out of 180 in the 2021 World Press Freedom Index, compiled by Reporters Without Borders (RSF)]; are all adding to an increased feeling of insecurity and lack of faith of the people in the CCP and President Xi.

CCP at the cost of China, where its need to stay in power is greater than becoming a superpower without CCP. Personal ambitions of President Xi Jinping; Xi wants to be greater than even Chairman Mao do not go with Chinese views.  Xi wanting to build the greatest military and his hegemonistic designs, go against the developmental goals that China needs to pursue. His grip on the party is tightening as he seeks an unprecedented third term for life. China is inevitably and gradually turning inwards, which is good news for India and the world.

China must be kept busy fighting its self-created demons. The mix of internal and external fault-lines illustrated above must be catalysed in a cohesive, focussed, collective manner by the international community. The US and her Western allies must take the lead (the US must pressurise the fence-sitters), alongside other like-minded alliances/ emerging partnerships like the QUAD. India needs to shed its reservations and caution, move adroitly with newfound confidence and focus to provide direction to stall ‘the ‘China Rise’ campaign. Concurrently, India must continue building its CNP (internal, external and soft power) and military capabilities, ensuring that the CCP finds any adventurous move against India, not worth the risk. This in turn will enhance India’s international standing and status providing the impetus for sustained economic and geopolitical growth.