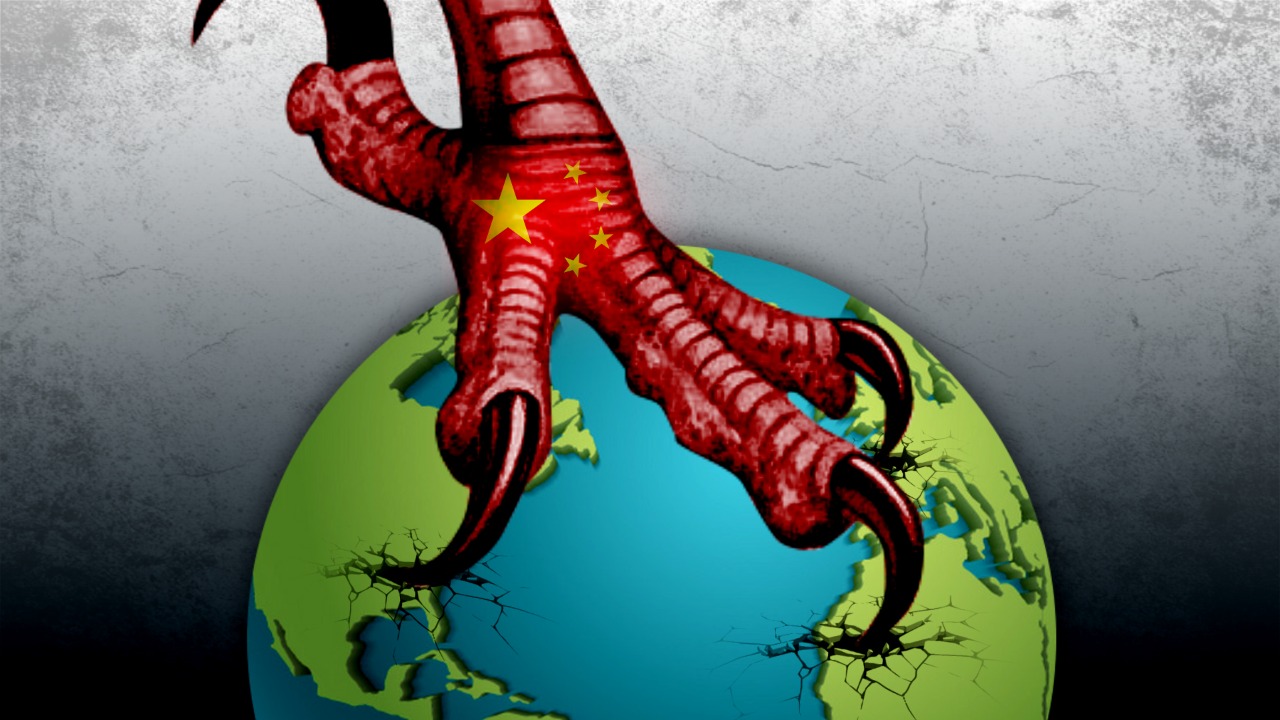 Up in those high mountains along the Line of Actual Control (LAC) between India and China when the sun shines bright and clear in May, it gets warm. You sweat, if you exert even a bit. But the warmth doesn’t last. Stray clouds cut across and the chill starts; the sweat along the spine, adding teeth to the bite. The weather there though is perhaps more predictable than the intentions of the Chinese. What the Chinese approach would be this summer or the next is a difficult assessment to undertake. Whatever the next Chinese moves are, they will be shaped by possible designs the Chinese have in the East and the South China Sea. In fact, at the headquarters of the People’s Liberation Army before they focus on the mountain passes to India, Beijing will have to decide on what should it be doing in the sea waters beyond its coastline?

Taking stock of what priorities the Chinese may have, would be a more logical first step before any assessments can be made. If Chinese priorities are to be listed, Taiwan easily predominates. The Taiwan Strait has been on the boil for some time now with the American warships passing through thrice since Biden became the President. Taiwan, militarily, is barely a match for China. The Americans have no worthwhile combat units present on the island. It withdrew them after recognising Beijing in 1979.

The Chinese strategy will rely heavily on the speed of operations. They will want to land on multiple beachheads and quickly progress with mechanised forces to capture a part of the Island. China recently released videos of an apparent invasion exercise in a similar scenario with its amphibious Type 075 warships. These can ferry up to 1000 troops and the decks cater for 30 helicopters.

The Taiwanese strategy has to be to fight the battle in the Taiwan Strait and roll back successful Chinese beachheads. They will also await an American response to materialise. Taiwan is of course one of the bigger importers of American arms. But that does not make it the most modernised force. The basic reliance is on 150 American F-16 and 60 French Mirage aircraft. Taiwan is of course going for the latest M1A2T US Abrams tanks. President Tsai Ing Wen’s focus is also on the Navy. However, what’s kept the Chinese at bay isn’t the Taiwanese military prowess but the Sino-US Mutual Defence treaty of 1955, and thereafter the Taiwan Defence Act; their ramifications holding out the possibility of US intervention.

How far will the American involvement be? For the Americans the stakes are colossal. The loss of Taiwan will lead to the US-led world order rattle across the globe. The American President, on such a fateful day, might as well go job hunting. Though President Biden has sent three warships through the Taiwan Strait since coming to office, Americans have no definite treaty commitment with Taiwan to come to their assistance in case of war. The US has no diplomatic relationship with Taiwan.

However, the Chinese are aware that their shipping through the Indian Ocean and the Malacca Straits will be choked. The QUAD may ultimately activate an operational contingency. The Americans, notwithstanding the treaties, will build up as Chinese preparations for the assault are detected. NATO could step in and the US forces in Japan along with the Japanese Self Defence Forces will pose a threat. In short, an operation across the Taiwan Straits is undoubtedly one of the most complex operations conceivable.

However, Taiwan remains China’s priority option. Perhaps, it also calls for a singular focus given the acceleration it can provide in progressing a bipolar world. Latest Taiwanese intelligence reports flag the possibility of the Chinese grabbing Taiwan-controlled Pratas Islands, approximately 240 nautical miles south of the Taiwanese port of Kaohsiung.

The other option that the Chinese have is to go for the Japanese Senkaku Islands. However, even if they attempt it and makes some gains, the payoffs are not commensurate with the efforts. Sustaining a force in Senkakau Islands is also far more difficult than Taiwan just across the Straits. The US and Japan have also a treaty in place. Americans have adequate forces to respond in Japan. The Japanese are modernising their military capabilities, and the Chinese might just find themselves stretched a bit too far. Overall, even if it achieves some success, it can hardly be touted as a triumphant trophy by Xi Jinping.

Alessio Patalano in his article in War on the Rocks of 10 September 2020 talks of the Chinese going in for Senkakau islands in three stages. In the first stage, the Chinese objective was merely to normalize its presence in the area with Chinese law enforcement vessels entering the area sporadically. In 2018 China brought its Coast Guard under the Chinese People’s Armed Police thereby adding to its capabilities, considerably.

In the next phase, the Chinese attempt was directed at “exercising control.” Patalano quotes instances of Chinese Coast Guard vessels spending more and more time in the area since July 2020 and slowly such excessive presence becoming a “new normal.”

The final phase of Chinese plans is “Taking Control.” The dispute over these islands has been brought to a level where there is seemingly no other means of resolution but an eventual military confrontation between the Japanese and the Chinese.

The third probability is a military conflagration along the Line of Actual Control (LAC) between India and China. In March-April 2020 the LAC was crossed by the Chinese at multiple locations. The worst experience was at Galwan in Eastern Ladakh where the Indians lost 20 soldiers and the Chinese an unspecified number. Since then there have been repeated talks between the two countries at the political leadership, diplomatic and military commanders’ levels. Though it’s no longer as provocative as an eyeball to eyeball contact or tanks and guns pointing at each other, the talks have not led to the Chinese withdrawing to their pre-April 2020 positions, except in a limited sub-sector in the area of Pangong Tso Lake.

For India, the entire episode has served to reinforce an old lesson: India has to fight its battles along its land borders, all by itself. It has also accelerated the Indian commitment to QUAD. The realisation that the Indian Navy has to have the deterrence capability in the Indian Ocean to complement its strength along the land borders has also been driven home. Indians have also realised that the current deployment along the LAC is inadequate especially keeping in view the Chinese capability to build up rapidly over its far better infrastructure in Tibet.

As far as the Chinese are concerned a combination of their stumped foray at Doklam, along the tri-junction of India, Nepal and Bhutan in 2017 and the current experience in Eastern Ladakh in 2020-21 should have convinced them that India accommodating their incursions for the sake of maintaining peace, is not an option. They would have also realised that launching any major operations along the LAC will lead to a war of grinding attrition, with little to show for all the political cost it will have to bear.

There are many more options that the Chinese have, however, those may neither satisfy Xi Jinping’s quest for the grandiose nor are perhaps attainable without committing its military in full gear. In any case, the plans for extending its control in the South China Sea seem to be progressing at a reasonable pace by the employment of its marine militia of fishermen. Also the Belt and Road Initiative (BRI) is fetching enough debt-burdened economies into its orbit.

According to Brig RK Mohan, a reputed military veteran and author, the Chinese are spurred by two contradictory domestic philosophies viz ‘The Middle Kingdom’ syndrome wherein China is the ‘Centre of the Universe’, and Sun Tsu’s doctrine that states, ‘The wise king wins the battle without fighting’. Xi Jinping’s impatience to be coroneted over ever-enlarging swaths of land, sea and air has tilted the balance towards the pursuit of wolf diplomacy, salami slicing and even military options.

Going back to the Chinese priorities, with the Senkaku scenario not quite matured enough for employment of military means, the Chinese would weigh between the Indian or Taiwan options. Of the two, Taiwan is definitely the bigger focus. It would be pertinent to recall at this point that the Chinese have usurped Hong Kong already. Taiwan is also one of China’s core interests. As far as India is concerned, notwithstanding China’s claim on Arunachal Pradesh, the Chinese find Eastern Ladakh a lucrative objective with the possibility of the China Pakistan Economic Corridor’s (CPEC) infrastructure alignment going straight through Eastern Ladakh to Gilgit-Baltistan. However, China for all its modernisation, couldn’t be contemplating two major simultaneous operations against Taiwan and India.

Both India and Taiwan have to be prepared to face a Chinese assault. In Taiwan, the Americans will need to tranship their combat elements before the Chinese breakout from the beachheads for objectives in depth. The Taiwanese will have to be able to contest the Chinese flotilla in the strait and roll up and drive into the sea any beachheads that the Chinese can possibly succeed at. Surveillance capabilities and intelligence assessments will serve to cut the time lag between Chinese moves and US response. Inter-operability between the Taiwanese forces and US/multinational forces have to be seamless. There is a list much longer and it mandates joint application of forces for Taiwan to remain free.

As far as India is concerned, major investments in force modernisation have to be rushed. Hopefully, the Indian economy will be able to find the resources post the COVID-19 dip. Indian forces also require a huge technology induction. While leaner forces are advocated to create funds for force modernisation, India cannot substantially reduce boots on the ground till technology becomes its strength. It has also to develop partnerships, both regionally and extra regionally, and drive such relationships to consider operational contingencies and coordinated fielding of forces. QUAD needs to provide the model required for both regional and global response to all fangs bared Chinese advance.