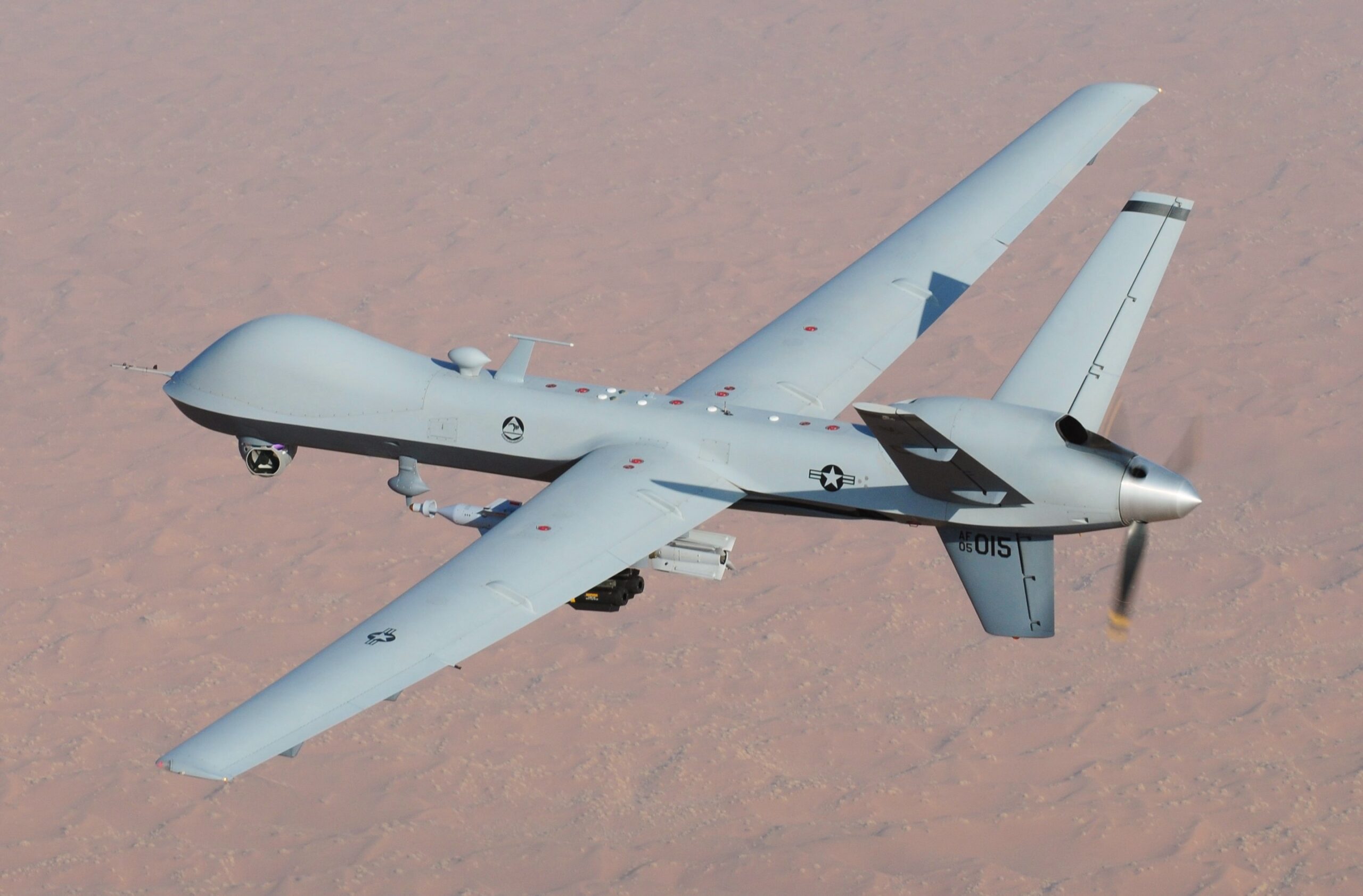 Leasing seems to be a process being resorted to by the Services as a preferred option to expedite procurement of urgently required platforms. However, is it the right approach in the long run and will it be economical and sustainable? The author examines the provisions of the DAP’s new chapter on Leasing and elucidates further by examining a few leasing contracts in progress/being sought.

In the quest to improve and give a fillip to defence capability building, besides a slew of defence reforms announced in May 2020, the Defence Procurement Procedure (DPP) 2016 also underwent a comprehensive and focussed review and made its appearance, albeit in a new avatar, the “Defence Acquisition Procedure 2020” released on 30 September 2020. As expected and as is the norm since the first version of DPP 2002, there have been incremental changes and new provisions introduced to keep pace with the aspirations of all stakeholders and make the processes agile and responsive.

The DAP 2020 has also come up with novel additions be it conceptual, structural and procedural and in doing so include dedicated new chapters which cover Procedure for Acquisition of Systems Designed & Developed by DRDO/DSU/OFB, Acquisition of Systems Products and ICT Systems and interestingly, a chapter on Leasing as another category for acquisition in addition to the existing categories.

During the formulation stage of the DAP and subsequent deliberations on the various draft versions, this concept of leasing received with varying degree of scepticism amongst the stakeholders. Expectedly, since it was a novel concept and other than the Indian Navy there was no other precedence of leasing of any equipment. Despite all apprehensions and with intent to open another option of an acquisition category the chapter duly incorporated.

Going by the information available and also various media reports, there has been quite a bit of traction on this front and all three Services have initiated cases for leasing. If the Navy has taken lead by way of leasing of two Medium Altitude Long Endurance UAVs i.e., the American Sea Guardian Predators besides an Indian Logistics ship, the Indian Army too, on similar lines, is moving ahead to lease four Heron Mk II Medium Altitude Long Endurance UAVs from Israel while the Indian Air Force is expeditiously in the search of a mid-air refueller and multi-role tanker transporter. 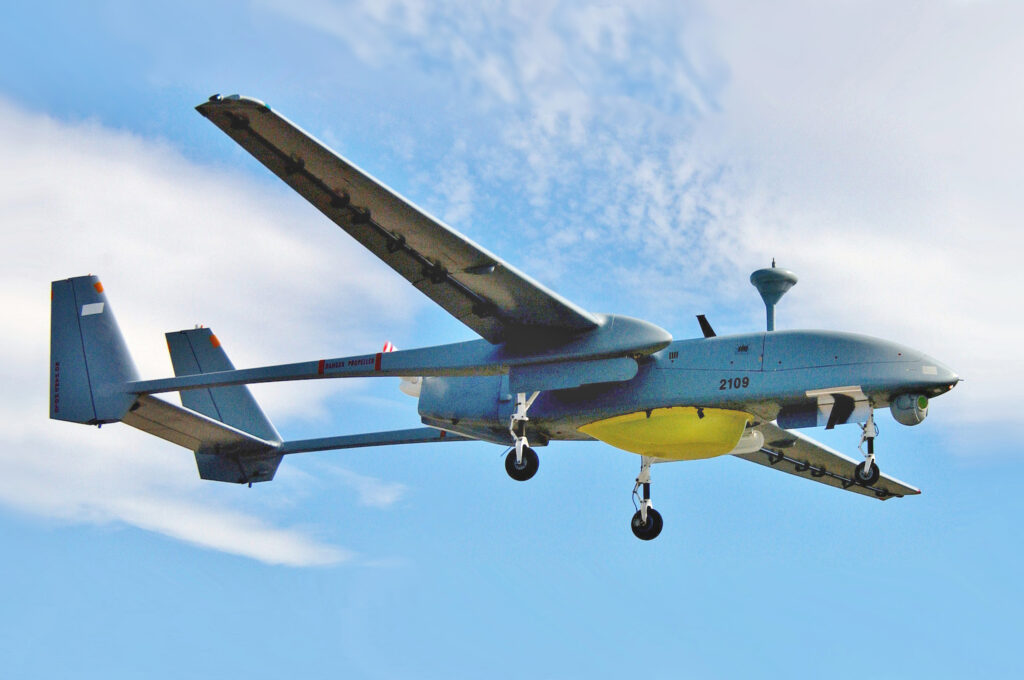 The wish list also includes utility helicopters, trainer aircraft, rotorcraft and so on. The response to this concept of ‘Leasing’ amongst various defence experts varies from euphoric labelling it as a win-win situation to a note of caution to not overdo it. The truth lies somewhere in the middle and there is a need to analyse whether we are gathering speed or velocity i.e., the direction is important.

The operating paragraph 2 of Chapter IX of DAP 2020 on Leasing hinges on it being an innovative technique for financing and as a means to possess and operate the asset without owning the asset and useful to substitute huge initial capital outlays. So, the guiding principle as it emerges is a budgetary constraint. But in doing so it overlooks a lot of critical issues of capability building and therein the Services have to tread with care. The issues involved are scope and feasibility of leasing, impact on capability enhancement/operational preparedness, sustainment, logistics, training, risk mitigation, the total cost of ownership, and not finances alone.

As a build up to exercise an option for leasing the DAP lays down preferences as under:

Taking the case of UAVs which are in the forefront for Leasing, the argument for leasing as a preferred option falls flat on four of the six parameters i.e., the asset is not needed for a specific time but is indeed a compelling all-time operational requirement for surveillance, numbers required are nowhere small, we have an existing infrastructure in place for their sustenance needs, cost-benefit analysis of rental being a better way is questionable and there is sufficient experience of operational exploitation amongst all the three Services.

The operational necessity is however unquestionable and the time constraint in the backdrop of the developments in Northern borders since last June is a convincing argument for the three Services to have rightly exercised this option. This perhaps would have not been required had the ongoing case for up-gradation and modernisation of all our existing UAVs that languished for finalisation for years had been concluded in an earlier timeframe and not wait for the situation to become alarming.

Similarly, in the case of utility helicopters, if the Services forced to look at this option, it’s a result of ongoing procurement cases not fructifying. So, does it indicate that if the procurement processes not pushed a fait accompli situation necessitates procurement of just the limited numbers and that too in some cases under delegated powers route? It does not augur well.

The need is to identify areas where leasing is a win-win and the Services can mitigate the operational voids. After all,  without any provisions being in vogue, the Navy did go in for a  very apt case of leasing of INS Chakra way back in 1988 and again in 2012 and of course, another follow up. It immensely benefited by way of first hand operating experience in handling this category of equipment and subsequent development of indigenous capability at a point of time when the technology was prohibitive. This case of leasing stood the litmus test against all parameters enunciated in the DAP for leasing as a preferred option.

Going by the basics, the low population high technology (prohibitive) equipment with defined areas and duration of exploitation in the face of constrained budget and sustainment infrastructure limitations qualifies for leasing. Each Service needs to draw up its priorities and weigh them against the feasibility. However, for providing such leasing Services, where is the vendor base both within the country and the world over? Even when we scan globally the vendor base is not only limited but is invariably restricted to the OEMs. How will it then be cost-effective is a moot question because the OEM will squeeze the costs in whichever manner the acquisition transaction takes place.

If it is so, then the options are very limited as in the case of the Indian Army’s Heron UAVs, which are from the same OEM stable. With the RFI out for naval utility helicopters leasing, the outcome will not be any different since there are limited options not only for outright procurement but will further narrow down depending on the willingness to lease from the same vendor base.

What should be the way ahead?

In such a scenario, leasing as a government to government initiative or the foreign military sales route may prove to be prudent with options to expand the scope for indigenous manufacture of upgrades and newer versions along with an eye on global exports. The focus here has to be on operational deterrence and access to niche technology. The prospective countries aligned to the idea and concepts need to be worked on. After all, some countries ubiquitously retain an unrestricted monopoly on the defence manufacturing bases in some form or the other. The long-pending case of Indian Army Helicopters (which includes the Navy requirement too) under an Inter-Government Agreement (IGA) with Russia if not finalised may force the Army also to look for leasing! But where will that come from? So an immediate look into the reasons for inordinate delay along with exploring leasing option vis-a-vis outright procurement under the IGA should be looked at. There is an opportunity for establishing a manufacturing hub alongside HAL or private industry which will give a much-needed boost to the ambitious Defence Corridor Projects as against resorting to the leasing of limited numbers.

Within the country, the defence manufacturing infrastructure including private industry needs to be roped in but the question is where is the equipment which can be leased?  The logistics ship and some other Naval platforms from the robust indigenous shipbuilding infrastructure may be good examples for exploring Leasing options but operational warlike machinery like helicopters, trainer aircraft, refuelers, main battle tanks, artillery guns or air defence systems etc., which are urgently required may not be on the horizon for long and that too if credible and proven exploitation is mandated.

The concept, therefore, needs to be extended albeit at the cost of diluting some basic tenets of Leasing as enunciated in the DAP. An out of box solution needs to be evolved. Is there merit in looking at a model where the Indian private industry perhaps in collaboration with DRDO (for R&D and technology infusion) develops and produces equipment and lease it to the Services while retaining the maintenance and sustenance infrastructure as well as the supply chain? The upgrades and newer versions continue to be worked upon concurrently enabling the latest technology available to the Services. The maintenance and sustenance involvement will be an incentive. This model will be cost beneficial and build upon the life cycle concept.

Take the case of the ambitious Advance Towed Artillery Guns programme under the DRDO with two private production partners. This could well be taken on lease in tranches with the assurance of maintenance and sustenance within a defined framework. The upgrades and futuristic features can be incorporated in a graded manner depending on the user aspirations as well as available technology. The phased inductions will enhance the confidence in exploitation besides spreading the capital expenditure outgo over some time and reducing the stress on revenue expenditure, too. This is also a pragmatic and viable way to move ahead if the ‘Atmanirbhar Bharat’ (self-reliant India) dream has to be realised.

So Leasing per se is not an alternative to capability building. Taking the pretext of long and tardy procurement processes is also not a reason to opt for leasing. The need is to correct the processes and not seek a ‘band-aid’ solution. The budgetary constraints too should not be cited as a reason for Leasing. The country faces unprecedented challenges on the security front and as a nation can ill afford any voids in capability building. Any big-ticket procurement is spaced over years and not an immediate outgo.

But the challenge now is to innovatively evolve a mix of solutions to overcome the gaps in achieving critical capabilities, ensure assured procurements by strengthening the industrial base and integrating and engaging them in routine as well as long term maintenance and sustenance requirements. Trained professional maintenance crew with the supply chain from the vendors can ease pressure on budget over the life cycle of the equipment. The Services should therefore holistically examine their requirements and then seek the best option lest they gather speed sans the direction.