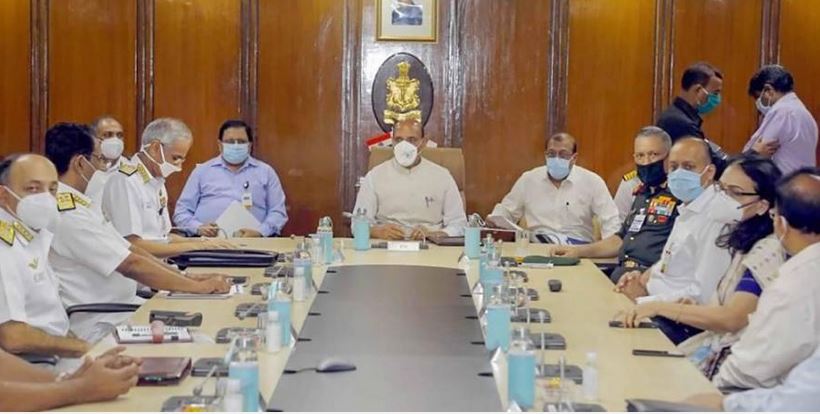 Confident of Navy’s preparations for ‘proactive response’ to any security challenge: Rajnath Singh

NEW DELHI: Lauding the role of Indian Navy (IN) in safeguarding the India’s ‘maritime interest’ Defence Minister Rajnath Singh on Wednesday said that the naval force is prepared to meet any challenge through proactive deployments.

He also said that the navy’s Mission Based Deployment has helped not just India but also provided security to the International maritime community.

Delivering the inaugural address of three days Naval Commanders Conference Defence Minister Rajnath Singh expressed confidence in the Indian Navy’s preparedness to meet any challenge through a proactive response in deploying its ships and aircraft, Navy said in a statement.

Naval Commanders Conference takes place twice in a year to review the Navy’s operational Preparedness and to chart out the future strategy factoring all the threat perceptions. In the ongoing conference the situation along the Northern Borders was also discussed.

He said that under the Mission SAGAR (Security And Growth for All in the Region), the Indian Navy has effectively carried out Mission Based Deployment to protect maritime interests by deploying naval ships and aircraft at major and sensitive locations.Read more…