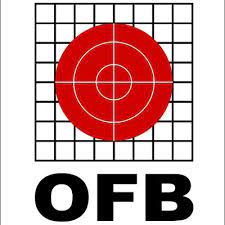 Corporatisation of OFB: A Driver of Atmanirbharta

Perhaps, no other sector requires Atmanirbharta ( self-reliance) more than the defence sector. With over 60 per cent of India’s major defence equipment being of foreign origin, the country suffers a huge risk in its security calculus. In a hot war scenario, with global geo-politics undergoing a huge churn, the need for self-reliance is an indisputable objective that needs to be achieved as soon as possible. The realisation of the Atmanirbharta philosophy requires multiple thrusts in various areas. While India’s research and development capabilities have to grasp emerging technologies, the country’s industrial canvas of government, public and private sector enterprises have to operate profitably, manufacture world-class products and be cost-effective in a global bidding process.

The erstwhile Ordnance Factory Board (OFB), Kolkata was the world’s largest defence equipment manufacturer with its 41 Ordnance Factories spread all over the country. It traced its history to the Gun and Shell factory set up by the East India Company in Cossipore, near Kolkata, in 1801. However, because of several factors, the OFB and its factories did not remain competitive in the past few decades even though the OFB used to receive annual budgetary support of over Rs 3,500 crore.

OFB Restructuring Recommendations in the Past

In 2004, the Vijay Kelkar Committee also recommended the same. The Committee suggested that it be accorded the status of a Navratna. Corporatisation does not necessarily mean privatisation. It was observed that the formation of a corporation alone would ensure that Ordnance Factories get the desired functional autonomy and make them accountable and responsible for their operations and performances.

Later, in April 2015, Vice Admiral Raman Puri Committee observed that it is essential to change the current functioning of OFB as an attached office of the Ministry and a budgeted entity as it is completely incompatible with the modern methods of production and quality control. It recommended corporatizing the OFB.

Infirmities in the OFB’s Operational Model

The government’s perception of the major weaknesses of the OFB included the following issues:

The OFB supplied primarily to the armed forces. The forces are rule-bound to obtain their requirements of products manufactured by the OFB, from none other than the OFB.

Poor quality OFB products have been a consistent cause for concern. Examples galore, however, to state just one, the armed forces routinely take up issues concerning the poor quality of ammunition manufactured by the ordnance factories, pointing out that it has led to several fatal incidents.

The high cost of OFB products due to high overhead charges, including high maintenance charges, untenable supervisory and indirect labour charges, are major concerns. According to the Additional Controller General of Defence Accounts Report of 2016, the OFB was overcharging the army several hundred crores in cases ranging from battle tanks to clothing to general stores. In the case of the T-90 Tanks built under licence from Russia at the Heavy Vehicles Factory Avadi, the OFB was charging the army Rs 21 crore per tank, nearly 50 per cent more than what imports would cost.

There is minimal innovation and technology development in OFB.

Low productivity of plant, machinery and manpower is endemic to OFB functioning. Furthermore, being the sole service provider for Armed Forces, there is no penalty for delayed deliveries.

The first firm move to end the OFB monopoly came last year when a government notification transferred 275 items from core to non-core list. The armed forces could now buy these items from the open market, thus doing away with the decade’s old compulsion imposed on the services to buy these here-to-fore ‘core’ items exclusively from the OFB.

By June 2021, the Government had decided to convert the consolidated assets of OFB under the following seven new corporations:

The Government is also committed to safeguarding the interests of the employees of OFB. It committed that all the employees of OFB (Group A, B & C) belonging to the production units would be transferred to the corporate entities on deemed deputation initially for two years without altering their service conditions as central government employees. The pension liabilities of the retirees and existing employees are also to be borne by the Government.

With the decision to corporatize having been already taken, the path ahead has its own obstacles. A private consulting firm war-gamed the scenarios possible and came up with a likely trajectory that each of the new entities is likely to achieve. Its findings were reflected in an article  by our Editor-in-Chief Nitin A. Gokhale in bharatshakti.in. The assessments are mixed, with some of these seven corporates assessed as quite likely to withstand the stresses and evolve as profitable entities while a few are likely to find the path more arduous. The analysis states that this second group is extremely vulnerable in the transition phase and will require “hand-holding” measures.

Participants in the war game felt “it is essential to build confidence in the Human Resources. Keeping external factors aside, it was felt that the need of the hour is inculcation of self-belief, self-esteem and confidence and removing apprehensions about the intention of the government”.

Two major recommendations of the war game are worth enumerating, and these call for:

Viewed objectively, the exercise of corporatisation is a decision, much delayed. While appreciating the determination displayed by the MoD in executing a change, considered barely feasible till very recently, the government needs to undertake a reasonable degree of hand-holding during the transition phase.

Further, OFBs have to enhance their R&D framework on a war footing and not bank on government pressures on their clientele, primarily the services, to accept sub-standard equipment at high costs. They will have to compete with the private sector Indian Defence industries that are already raring at the wings. The ability to market themselves will be a big challenge for these newly formed OFB entities with no in-house marketing experience available. However, even if a couple of these new entities fold up, the overall impact will definitely galvanise the Indian defence industry.